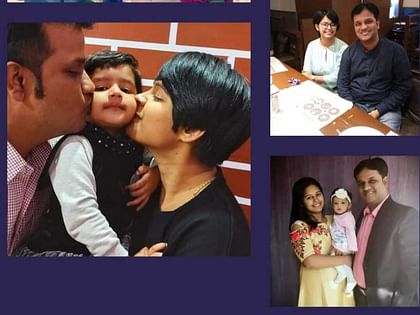 Samuel Makasare, a 33 year old faculty in a theological college in the city of Allahabad, North India, found himself right in the middle of the COVID firestorm that is wrecking havoc in India since last month (April).

He was initially hospitalized after being infected and brought back home once he showed signs of improvement. Later, he developed breathing difficulty, and was taken back to the hospital. He was put on the ventilator.

After a tough battle with the infection, to everyone's shock and dismay, he succumbed to the disease and died on April 19th, 2021.

It was his 6th wedding Anniversary on 29th April. He has left behind a three year old daughter. His wife is now pregnant with their second child, expecting delivery in July. He also has an elderly mother.