Help An Inspiring Story of a Village to be Filmed! | Milaap

Help An Inspiring Story of a Village to be Filmed! 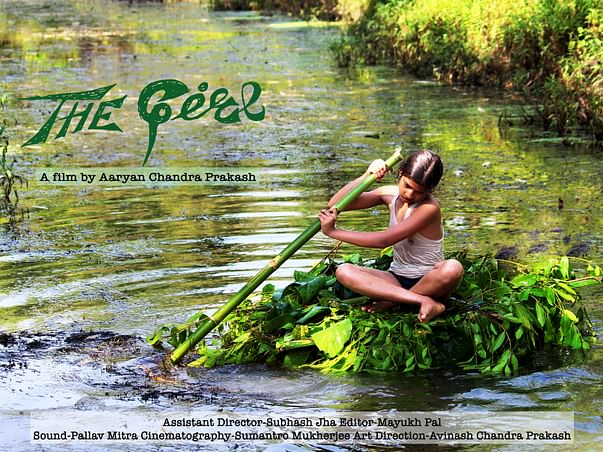 In a village in North Bihar, near the Nepal border, Saloni, a 10 year old school girl struggles everyday to reach her 7km far school and to reach on time takes the shortcut and traverses river, forest and farmlands this brings her very close to nature and she develops a very special relationship with nature. Saloni has a creative bent of mind and tries to overcome all her odds in an innovative ways. The little girl saves money to paddle through her life and dreams, And on the other side a bunch of boys who are fascinated by the world of social networking about which they know almost nothing ,are planning to get their Facebook accounts opened from the village cyber cafe for which they have to pay hefty amount to cafe. This is the tale of Saloni's aspirations and desires of the bunch of boys and how their lives intersect in an interesting manner in the background of pristine beauty of river, monsoon rains, forest with mango trees and heart-wrenching music of indigenous death rituals.

Aaryan Chandra Prakash (Story & Direction) - Aaryan is a graduate from Delhi University. Literature and art lover Aaryan has been taking more interest in different types of art instead of traditional studies. During the last four-five years, he has visited almost most of the places of the country, which is not generally prevalent as a tourist place.His photography is known to be a portray of those places of India which are very remote and have rarely ever seen them on the map. While living in Delhi for almost three years , he not only studied theatre but also familiarised himself in different forms of literature and cinema, and for the first time during his visit to Gujarat, he directed his first play in 2017 with completely non-actors . In the following years, he has closely worked with children and took various workshops for children during his journey too distant and remote places.

Mayukh Pal (Editor) - Mayukh worked in various short films, corporates, documentaries as Editor. Working as an Editor for Doordarshan Kendra Kolkata. He has done Diploma in film editing from Roopkala Kendra and film appreciation course from Chalchitra Bhawan under Govt. of West Bengal. Pallav Mitra (Sound Designer) - Pallav is last year student from SRFTI in sound design and recording department. During the years he has been worked in many short films like Chhutki, Ittefaq and Animation film like Nima. He completed his graduation from WBUT.

Sumantro Mukherjee (Cinematography) - Sumantra is a graduate of finance and accounts. But over the past 2 years, he has been working as a Media & Communications professional. He is a recipient of National Media Award 2018 by National Foundation for India for his extensive research on the lives of Adivasi women living in the tea estates of Assam. Sumantra has also worked in community film projects. With Musammat, a community film project in Araria, Sumantro wanted to empower community to tell its own story in its own dialect. This was an attempt also to liberate cinema from the notion of being elite’s art and metamorphosis it into a space where all voices can co-exist.

Even in cities, the village resides within all of us. We all are full of imagination of the village where River, jungle and the entire atmosphere are still full of beauty and comfort. Where even today time goes and makes us realise that everything in life will be gradual and that will be beautiful. About eight months ago, when I decided to make this film, I had just came to the village from the journey of North India. I was here watching and being the part of the everyday life. In a very deep observation, I observed that how efficient people were. How they are living a balanced life away from the most advanced resources? How they made their music, how they interacted and how they got entertained How the rustic boys, girls studied and learnt things, they are struggling in their lives,but on the other hand, they are full of imagination about social sites, big cities and the lifestyle outside their village. And then I met Saloni. Saloni's father is a struggling farmer.but at the same time just to educate his only daughter he is full of passion and that's his biggest motivation. I wanted to show the beauty of the village, and how the villagers are coexisting and balancing their lives around nature in spite of having no special awareness. How Saloni, who is only nine-ten years old, is associated with nature. Her friends are birds, there is the forest, the river. And how is this all giving courage to this ten-year-old girl in her struggle? All of these factors compelled me to choose Saloni as my protagonist and that's how the journey of telling her story started.

Why this story should be filmed?
Why we need your help?

First, I wanted to make this film at a very low cost. But as many professional people joined, it was pretty clear after meeting them, that due to the lack of certain resources the film would go into a compromised situation when it comes to quality. After much consideration in February we started looking for different film fundraising organisations and made efforts for joining them. But in most places the condition to release the funds was that I had to show them my earlier work in previous films. I did not want to take funds at least not on this condition. I wanted funding on the strength of my story, not on the earlier work done by me. Inspired by the story, many professional people joined our project on the condition that they would not take their fee but we could not get enough money to make the film from anywhere. On the other hand, there was a lot of time and energy going into seeking funding like this. Which was diverting us from our creative work. finally we decided that we will try to get a funding among our own contacts. We will take help from our own people. And we brought a lot of non-actors from the village and village itself to the big screen and that's how the world can live the village, river, forest and nature through the story of Saloni. We are convinced that your smallest help is too big for us. Whatever amount you can contribute, that would be enough. for us, our entire team and the village of Shrirampur would be grateful to you for their entire life.
* People from whom we will get financial help, we will give them credit as a producer in the form of gratitude. we are shooting since two weeks and still have to shoot much more. the shooting is quite smooth because we are working with villagers and kids of village.

Shooting progess can be seen here with these links.
https://www.instagram.com/thegirl_film/

UPI: rzpy.givetomlpaaryan00001@hdfcbank (Copy to clipboard)
Or
Click here to read the instructions before you make a bank transfer.

Know all about the "THE GIRL" 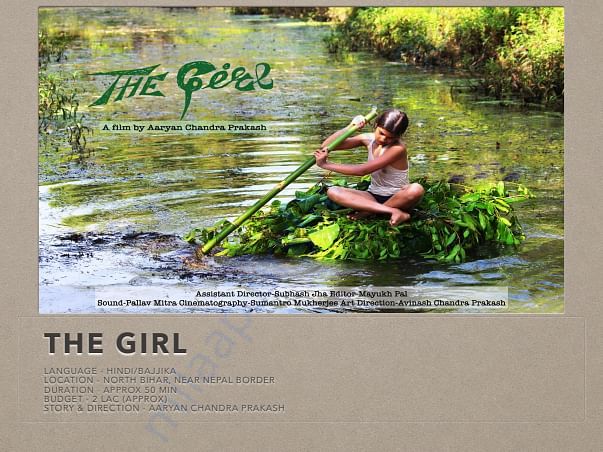 UPI: rzpy.givetomlpaaryan00001@hdfcbank (Copy to clipboard)
Or
Click here to read the instructions before you make a bank transfer. 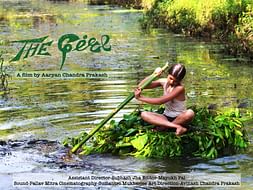 Help An Inspiring Story of a Village to be Filmed!