2-year-old's Immunity is failing and he needs urgent help | Milaap
This campaign has stopped and can no longer accept donations.

2-year-old's Immunity is failing and he needs urgent help 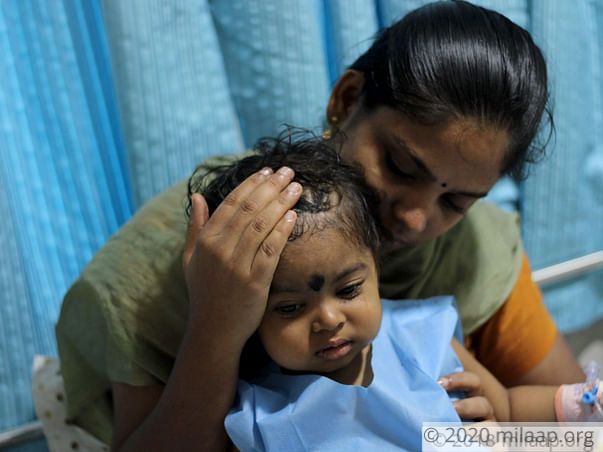 "Every morning my baby wakes up really tired. Before he could even start the day, he becomes breathless. My poor kid has been taking medicines more than food for the past 1 year because of the disease he has been suffering from. My husband is a farmer and he struggles to pay for his treatment . I don't know how long we can continue like this." - Seetha, Mother of Aadhikesav.

Little Aadhi has a rare disease that has damaged his immune system completely Durai Murugan and Seetha's only son Aadhikesav was born healthy. He became their universe and they did everything possible to give him a better life. For his first birthday, Durai and Seetha took him to the temple. The only prayer they had was to see him grow well and to have the means to support his education. But before, he turned 2, little Aadhi fell ill. It started with recurrent fever and infections. The worried parents took him to several clinics but little did they know that it would turn out to be a deadly disease.


Aadhi Keshav with his family during  a temple visit

Little Aadhi is diagnosed with Common Variable Immune Deficiency, a disease that impairs the immune system. He is highly susceptible to infections from bacteria and viruses and often develops recurrent infections particularly in the lungs, sinuses and ears.

"After the diagnosis, he was given blood transfusions every month but last month his condition became worse and now he needs blood transfusions every week. Sometimes people say, 'he looks fine' but the reality is that the disease is slowly killing him. His condition is critical. We have never seen him laugh or run like other children. I fear if we can ever see him be normal. " - Seetha.

Little Aadhi has been admitted to hospital frequently for infections and transfusions for the past 1 year. He refuses to eat and he sometimes sleeps the whole day. Unfortunately, last month his condition became worse and he started throwing up whatever little he eats. Doctors have told only an urgent bone marrow transplant can save him.

Poor farmer struggles to save his only son because his treatment is completely beyond his means
Durai Murugan is a farmer who earns a meager amount every day. He lives in Thoothukudi and had come all the way to Chennai for his son's treatment. They are living in their relative's house and Durai is running back and forth to hospital and his house. Despite his poverty, he has never given up and left no stone unturned to save his son.

"It has been 8 months since we came to Chennai for his treatment. We were hopeful everyday that we would soon take him back home but his condition only kept deteriorating. I have sold my land and the jewelry we had. There is nothing left with us. I tried everything possible, now I don't know what I can do. He is our only son and if I fail to save him, I can never forgive myself." - Durai Murugan.

2-year-old Aadhikesav suffers from a rare disease and has been surviving with frequent blood transfusions for the past 1 year. But it is not enough anymore, he needs an urgent bone marrow transplant to survive. His father, a poor farmer has spent everything he had and now he is left with nothing. With help, Little Aadhikesav's life can be saved. 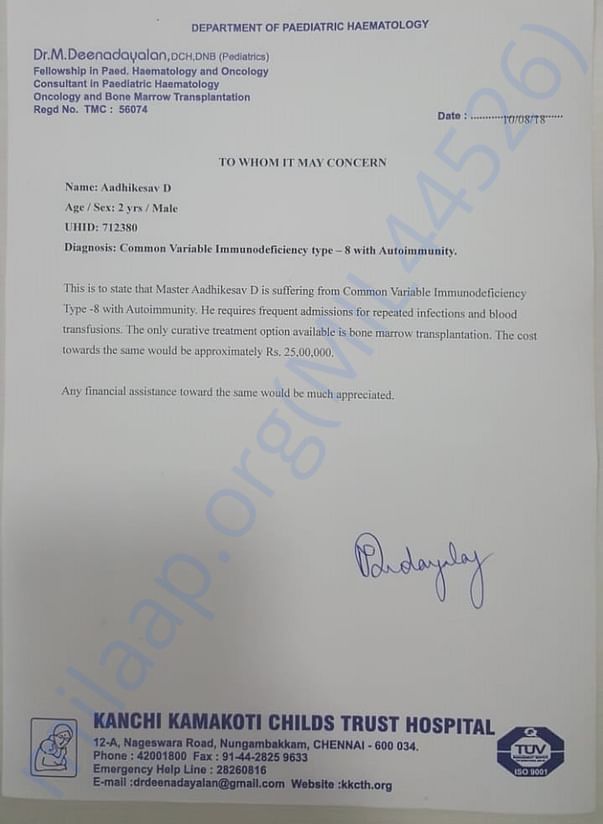 A big thank you to all of you for the constant love and support.

Aadhi is presently undergoing blood transfusion and IV drips. The doctors are planning to conduct the Bone Marrow Transplant next month. We shall keep you posted.

Please share the campaign and pray for his health.

I am humbled by the love and support given to Aadhi.

He is still undergoing regular blood transfusions and the doctors are waiting for his hemoglobin to stabilize. He is being given regular medication.

Thank you all so much. Will keep you posted!

Aadhi Keshav is currently undergoing blood transfusion. His hemoglobin drops quite frequently and he needs to stabilize before he can undergo the bone marrow transplant. He needs 1mg of a medicine that needs to be brought in from Germany.

Do keep praying for him and please keep sharing the campaign. Thank you all!

Wish you speedy recovery. Bless you.

Wish you speedy recovery. Bless you. 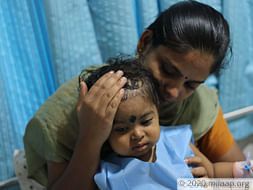 2-year-old's Immunity is failing and he needs urgent help