Help Suneel get back on his feet | Milaap
Milaap will not charge any fee on your donation to this campaign.

Help Suneel get back on his feet 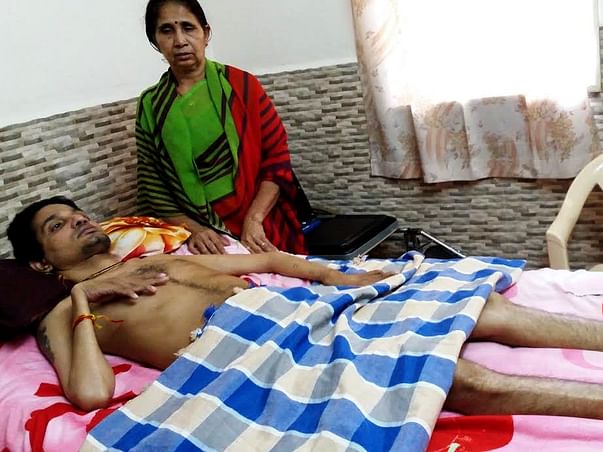 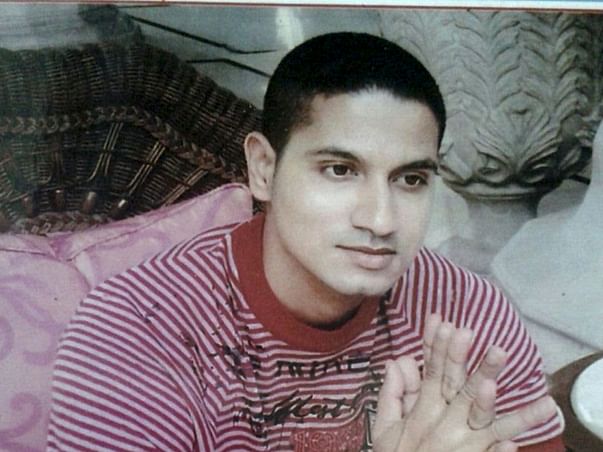 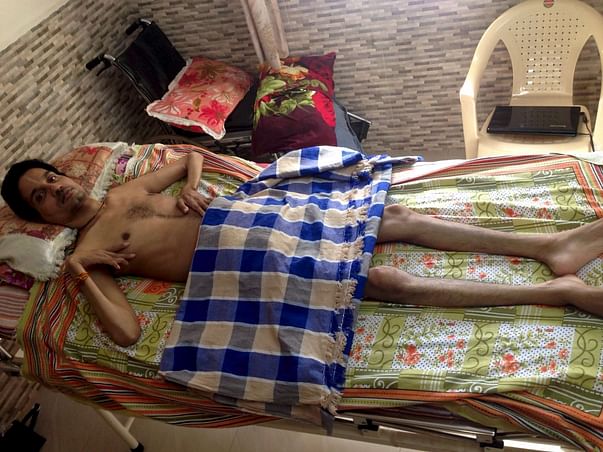 A split second on 22nd Dec 2011 is all it took to change Suneel's life completely. After a day of complete fasting on an auspicious day, Ekadashi, he was driving back in the night to reach his work in time for next morning. Perhaps it was hypoglycemia that resulted in him dozing off momentarily and before he knew it he was trapped under the car with what he thought was just a broken arm. It wasn't until the next day that he realized he was completely paralyzed neck below.
I was in tears when I went to meet him in the hospital but he was quite brave and spoke to me as if nothing major happened. His body was stiff but he had a smile on his face and assured me that he would be alright soon. Little did he know how long the road to recovery would be. The doctors diagnosed him as quadraplegic with incomplete tear at C3 and C4 vertebrae and the prognosis was quite grim - no more than 6 months left to live at best.
Suneel didn't let that deter him. His belief in God was so strong that he knew he would recover soon. After being discharged he went to his hometown for recovery, tried several treatments over the next few months and years in different cities. Each one depleting the family's limited financial reserves more and more and returning home with the same statement "there's nothing more that can be done to help".
After four long years of suffering, as a last resort, Suneel is considering embryonic stem cell treatment at a facility in New Delhi which has had a lot of successful cases from patients in India as well as Western countries. He thought about this treatment 2 years ago but the cost was quite prohibitive and he instead chose to go with physiotherapy which hasn't had much success. Two years later, now he's strongly considering the embryonic stem cell treatment, but funding is still a challenge. The plan is to have 3 sessions of treatment this year with intense physiotherapy in his hometown in between the 3 treatment sessions in Delhi.
One session of the embryonic stem cell treatment will cost approximately Rs. 15 lakhs including special transportation, hospital stay for 3 months, and a full time nurse. The goal is to raise about Rs. 50 lakhs to cover three sessions of treatment and physiotherapy. We would like to start the first session of his treatment before his birthday on Apr. 9th by which we need to collect at least Rs. 15 lakhs out of the Rs. 50 lakhs target.
Any contribution that you can make, will be quite helpful in quickly achieving the goal so that there are no further delays in his treatment. Along with your generous donation, please keep him in your prayers every day. Once the treatment starts, we hope to be sending monthly or quarterly updates on his progress so that you can see the difference your donation has made. Suneel hopes to be back on his feet soon so that he can get back to work at the earliest. He has an MBA in HR and was working with Nova Specialty clinics in Bangalore, India prior to the life changing accident.
His ageing and ailing mother has been his full time nurse for the last four years and even her ability to attend to him has reduced. Suneel’s father passed away when he was 17 years old and the only source of financial support for medical bills have been his brother-in-law and younger sister, who took up a job just to support him in spite of having to take care of her young daughter.
Please donate generously and whole-heartedly to a devotee of the Lord to help him be back on his feet so that he can be in a position to serve the Lord and the society again. Being a self-respecting person, he has been reluctant to accept help even from friends until recently, but now the situation is such that it is unavoidable to accept help outside of family. With the Lord’s mercy he says he does want to pay back his donors every penny that they have contributed.  That may or may not be possible, but one thing is for sure - he has immense amount of gratitude to each one of his supporters on this incredibly challenging journey that he's been going through for the last 4 years.
Most of the support so far has been from relatives and close friends. By the Lord's grace we are only Rs. 2.5 lakhs short in reach the first milestone of Rs. 15 lakhs. Suneel's journey to Delhi will be starting today (Apr. 9th) and he's expected to reach on Apr. 11/12th. 50% of the treatment cost is due prior to starting the treatment and the remaining 50% at 4 weeks. We are very close to reaching the first milestone, and would request you all to help raise the 2.5 lakhs that's needed by May 12th.

Scan & donate with any app
check_circle_outline Download payment receipt
Report fundraiser
Know someone in need of funds for a medical emergency? Refer to us
Rs.220,099 raised

C
You are sending a message to
Chethana
Go back 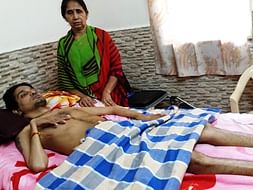 Help Suneel get back on his feet