He Was On Duty Despite Heavy Rains

He is the only earning individual in the family. His wife is a daily-wage labourer. He has two young daughters to look after as well. The estimated cost of his treatment is around Rs 15,00,000.

The electricity department has given him 2 lakhs. Unfortunately, he is not entitled to get an insurance.

Your Support Will Save Rama

The family has no financial backing and there is no way they can raise this amount.
The treatment has to be completed in the next 30 days he has to undergo couple surgeries further. Seeking your urgent help. 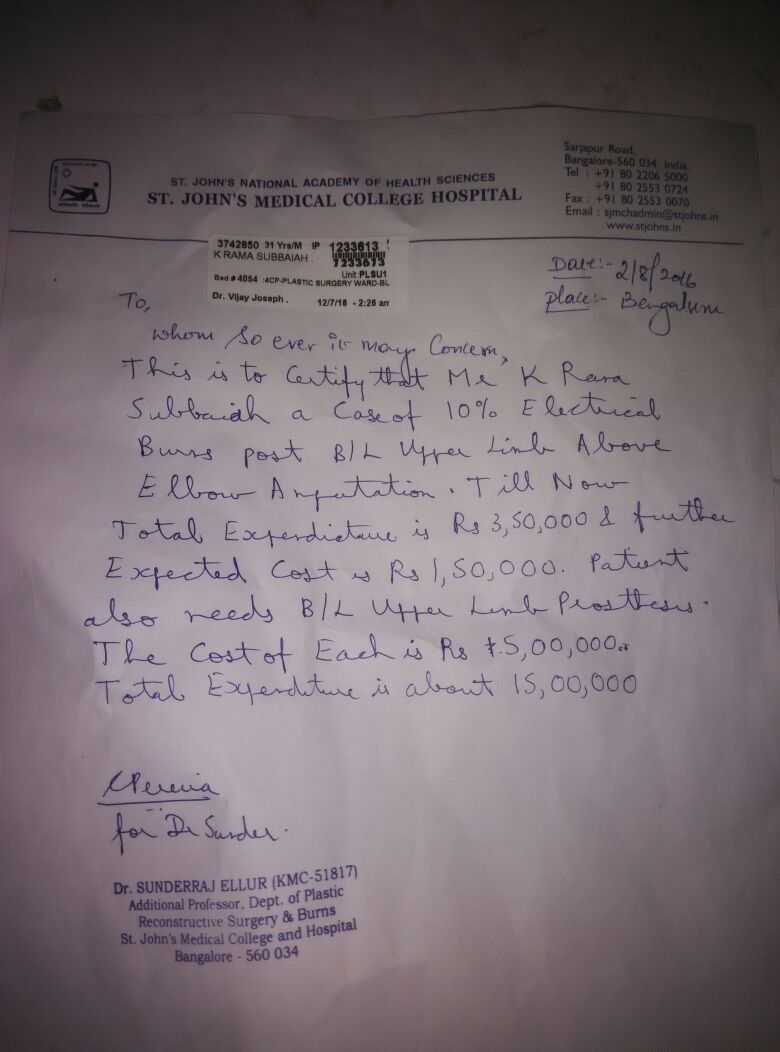 Donate
0%
Be the first one to donate
Need $30,000
Card, Netbanking, Cheque pickups
Or Donate using