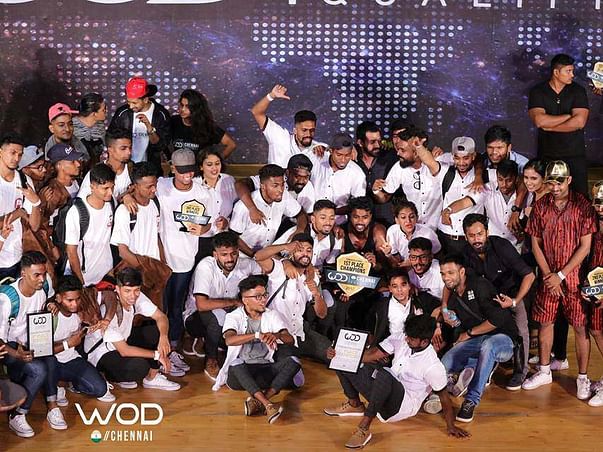 Share
The ‘Strangerz Crew’ dance team was formed in the year 2009 by a bunch of enthusiastic students who had an undying passion for showcasing their talents. Strangerz crew has quickly grown in eminence to be Chennai’s top dance crew.Their impressive ride to the top is peppered with medals and trophies and accolades. Their victory in the qualifying stages of the international competition, The World Of Dance, is their latest feather in their cap. Now they stand a threshold of greatness as one of the two teams chosen to represent India in the World Of Dance finals in Los Angeles.