Time to Stop the Rape of Little Children in Assam | Milaap
Milaap will not charge any fee on your donation to this campaign.

Time to Stop the Rape of Little Children in Assam 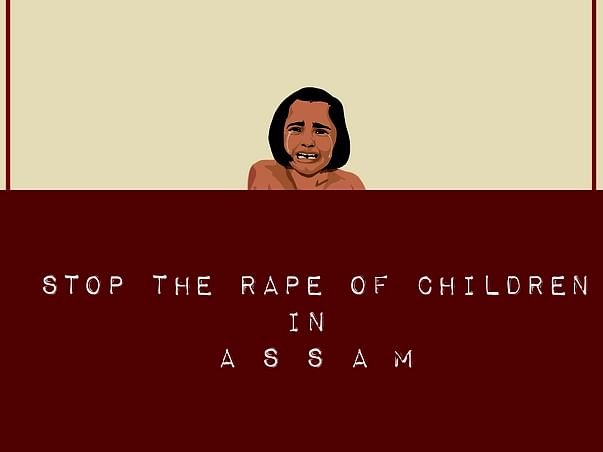 It is shocking to know that 78% of the cases of child sexual abuse are committed by people known to the child, most of them being neighbours or school teachers. The sight of innocent children with bite marks, torn lips and bruised private parts can break the heart of any conscious citizen of this country. Unfortunately, despite several measures been taken by the State, to protect children from sexual abuse, the number of cases is growing by the day. From April 2018 till now, more than 100 cases have been reported in Assam.

Slum and village areas in Assam, are vulnerable hotspots for sexual crimes against children. With a below poverty line population, with no organized housing and protected boundary walls, slum and village areas are open spaces where strangers come and go. Parents busy with survival concerns often leave their children unattended. Unattended children often become victims of the most heinous forms of sexual offences. In one of the rare cases in 2018, a 13-year-old girl child was gang-raped, burnt and murdered in Assam.

Societal taboos and lack of awareness in communities gives rise to this heinous crime. As a civil society, it is important for all of us to come together and prevent all forms of sexual crimes against children in Assam. As a prevention initiative, UTSAH plans to create wings of mothers who would protect children in their communities. Mothers are traditional caretakers and protectors. Thereby, we believe that if mothers are made aware of child sexual crimes they would be able to create a culture of protection inside their communities.

Geopolitics of the State: Assam, located in the Northeastern part of India, is spread over a geographical area of 78438 sq km with of population of 3.12 crore people. With a demographic mix of over 25 ethnic groups, the State has been at the centre-stage of organized internecine conflict in India, mostly related to politics over language and identity. The problem has been compounded by the immigration of people from adjoining Bangladesh, with whom Assam shares a border, 262 kms long. The ongoing conflict situation in Assam has had a devastating impact on its people – death, disillusionment and displacement.

This geopolitics of the region aggravates the problem of violence against children (VAC), which poses a major threat to the protection rights of children. Being isolated from mainland India’s fast development pace, the region lags behind in several child protection aspects. 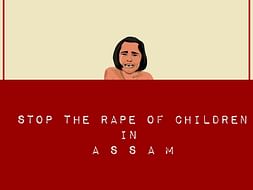 Time to Stop the Rape of Little Children in Assam