Help Save The Himalayan Forests - Step 2 | Milaap
This campaign has stopped and can no longer accept donations.

Help Save The Himalayan Forests - Step 2 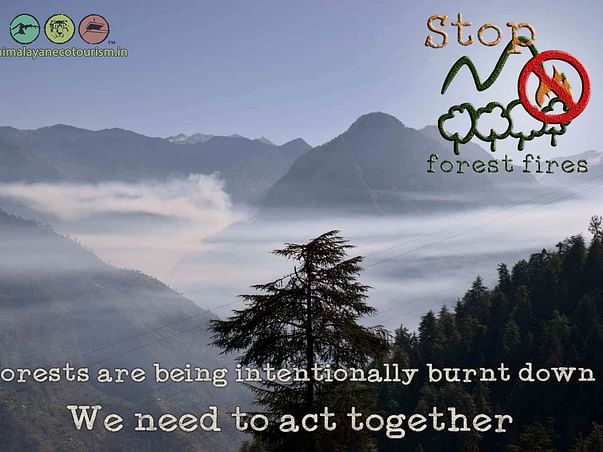 The Himalayas, boasts more than one-fifth of the forest covers of India and is a huge hotspot of biodiversity.

Forest Fires are a growing threat to the entire Himalayan ecology as it affects the biodiversity and depletes the forest cover.

In 2016 only, according to the forest department; more than 1600 incidents of fires were reported and 8,600 acres of forest had been burnt. These fires are mainly initiated by the locals living in the region for short term benefits and ignoring the irreversible long term negative effects. There is a growing pattern and frequency to which these fires happen and engulfs the whole forest. It is crossing the threshold of sustainability and so it will have irreversible impact on local and global level.
Fig :The average temperature of North India rose by a considerable amount as a direct result of 2016 forest fires.

Our Project to Stop Forest Fires

We, as interns working with the Himalayan Ecotourism, aim to cease the forest fires in the Kullu District of Himachal Pradesh by approaching the local villagers and to initiate a conscious movement.
So, our plan is-
As a part of our strategy in bringing about this change we have made a documentary “To Wake-Buddhi”, where through the voice of a child, we awaken the consciousness of the local communities of the Kullu Valley in saving the forests.


We Need Your Help

Our previous crowdfunding project enabled us to acquire an Audio-Visual set-up which helped us with our presentations and showcasing the documentary. We are very thankful to all of the contributors which made our preliminary efforts a success.
Now, we need to look forward towards the next step of our initiative, and, as we are a group of interns working with a social enterprise having limited funds, we need your help to successfully implement it.
Hence, we require your support for the following –
Ask for an update
Donated to this campaign via Paytm or bank transfer? Click here if you have not received an email confirmation from Milaap.
Thank you all for your donation.
You can continue supporting our project via our new campaign.
We are now into the next phase of the project.
Best wishes.
Hi All,
We are ready to place road signs at the main road leading to areas where forest fires are frequent. We are also printing signs that will be placed in all dhaba and shops in sensitive areas.

We also have all the required equipment for approaching school children and villagers with relevant documentaries and presentation.

Thank you for the support so far. Please continue sharing our campaign.
Donate

Donated to this campaign via Paytm? Click here if you can’t find your donation listed below.
P
Partha donated $100
A
Anonymous donated Rs.2,000

Best wishes for your noble cause.

Excellent idea & concept to protect natural resources. Wish you ALL the very best in your endeavours.

Donated to this campaign via Paytm? Click here if you can’t find your donation listed below.
P
Partha donated $100
A
Anonymous donated Rs.2,000

Best wishes for your noble cause.

Excellent idea & concept to protect natural resources. Wish you ALL the very best in your endeavours.

SM
You are sending a message to
Stephan Marchal
Go back 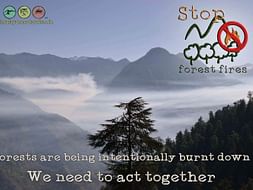 Help Save The Himalayan Forests - Step 2