Help Namma Bengaluru Awards honor the outstanding citizens of the city | Milaap
This is a supporting campaign. Contributions made to this campaign will go towards the main campaign. 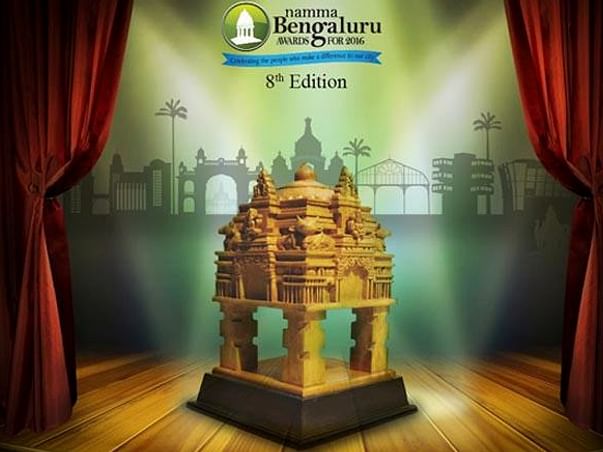 In In the last couple of decades, Bengaluru has transitioned from a simpleton garden city to a sought-after IT destination. Our city has scaled to great heights, taking with it, the citizens, on the path to greatness.
In a city of over 10 million and counting, there are innumerable men, women and children who operate in shadows, away from the glare and glitz of fame and fortune, to quietly fulfil their mission of making life in Bengaluru better. They have selflessly devoted themselves to the society and yet they choose to remain faceless.
Committed, courageous and resolute, they are simply unstoppable. It is this zeal, commitment, hard work and dedicated service - often beyond the call of duty - that has made Bengaluru.
The Namma Bengaluru Awards is our foundation’s effort to recognize, honor and celebrate such outstanding individuals and their contribution towards making our city a better place to live in. These awards truly are the city’s way of saying ‘Thank You’ to its Real heroes. This initiative also aims to encourage citizens to emulate the efforts of these heroes to make meaningful differences to fellow Bengalureans.
Over the last 7 years, every story has been an inspiration in its own way and has also enthused several other concerned citizens to work towards the betterment of our city, your city! With positive change in our hearts and a holistic future for Bengaluru in our minds, we hope the Namma Bengaluru Awards 2016 gives birth to several such heroes our city has been yearning for.
The different six categories that we recognize are:
Every year, Namma Bengaluru Awards honours its winners with Rs 2 lakh each. This year taking this appreciation a step further, the awards hopes to raise an additional Rs 2 lakhs for each of its 6 winners through Milaap. Your contribution will encourage these unsung heroes to continue the good work they do. Shortlisted nominees for this year will be announced in the last week of February and the winners will be announced on March 12, 2017 at Town Hall.
About Namma Bengaluru Foundation:
NBF is an organization working towards making Bengaluru a model city, with well-planned infrastructure, well laid out neighborhood community models and people-driven governance measures. NBF aims to be the voice of the people; a voice that needs to be heard in order for Bengaluru to become a truly Global City.
Donate

You are sending a message to
Sridhar Pabbisetty
Go back 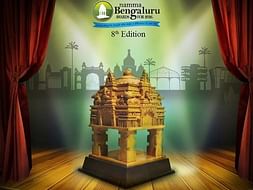