Providing a Solar Power System to Government Schools | Milaap
Milaap will not charge any fee on your donation to this campaign. 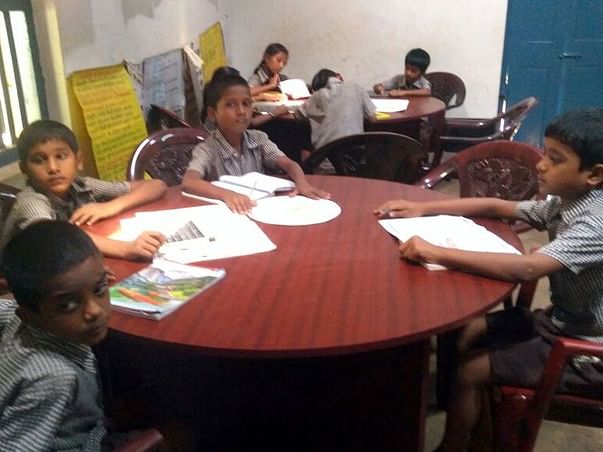 My name is Sunil Parameswaran. I am a business school professor and
freelance corporate trainer, currently based in Bangalore. I worked for 10 years in Manipal at the T.A. Pai Management Institute
(TAPMI). I would like to move back post-retirement and
focus on a childhood dream, that of building infrastructure for government schools.

I am writing in connection with a plan to provide solar power for 8 Government Schools in the Udupi-Manipal region of Karnataka. I have already provided this facility for the Government Higher Primary
School in Saralebettu, Manipal. The area is plagued by chronic power shortage and the students struggle to study in the hot and humid atmosphere. Solar power is a major boon and the school is no longer dependent on the conventional power supply.

The plan is being executed under the banner of an NGO
based in Mysore with which I have been associated for the past two decades.

MSS is an NGO based in Mysore.
More than two decades ago, workers working in a farm on the outskirts of
Mysore, unearthed a 900 year old Hoysala Temple. Using funds from well-wishers
the owner of the farm had the temple restored. Subsequently an NGO was started
in the name of the deity. Since it is a Shiva temple the NGO was named as
Mahalingeshwara Seva Samithi.

MSS has been operating in
Mysore thus far. The major activities undertaken include:

-
Expansion and Modernization of the Temple

-
Building of a Community Hall for the villagers

-
Alcohol deaddiction camps for the villagers

-
Yakshagana performances (these are very popular
with the village folk)

-
Wrestling competitions in which villagers and
outsiders participate

-
Providing items of academic use to students.

This year we adopted the Government Higher Primary
School in Saralebettu, Manipal. We have provided the following items to this school.

We have arranged for the
following:

-
Tables and Chairs for existing classrooms

-
Laboratory equipment for Physics and Chemistry

We now propose to provide solar power to three more government schools in this area.

-
Automatically switches to the grid if solar
power were to fail for any reason. There are installed sensors for this and
there is no need to operate a switch.

- The solar power system will be procured from SELCO, a company promoted by Harish Hande who is a Ramon Magasaysay award winner. The system is efficient and economical.

Thanks to your contributions We are in a position to complete the following activities at the two schools in Shettybettu.

1) Retiling of all floors
2) Painting of the entire High School exterior
3) Cement work to plug leakages at the Primary School.


Thanks to all of you again
Dear Supporters & Well-wishers,

The campaign is moving very slowly due to the ongoing coronavirus pandemic. Hence we are extending the duration of the campaign.

Kindly support our cause and share the campaign with your near & dear ones.

Good work. Keep it up.

Good work. Keep it up.

You are sending a message to
Sunil Parameswaran
Go back 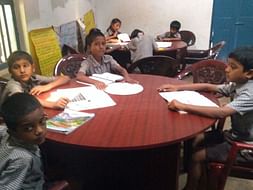