Help Rescued Dogs Find A Home | Milaap
Milaap will not charge any fee on your donation to this campaign. 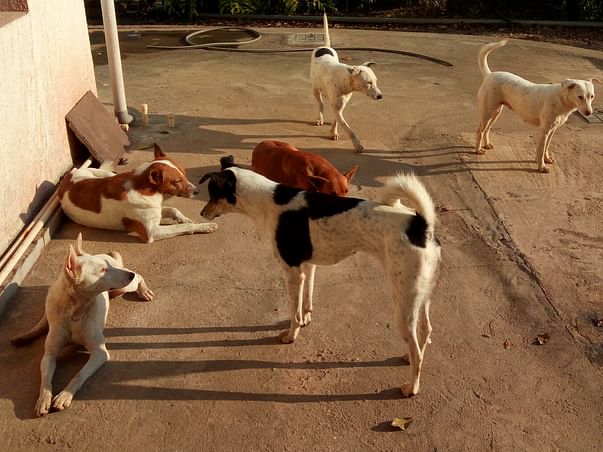 This initiative is to raise funds for the 6 dogs that have been rescued from extreme situations and are now seeking the peace and stability of a permanent habitat.
All of the 6 dogs being of Indian origin, subject to hardship & a difficult puppyhood either because of the environment or health condition, now have the opportunity to live in a shelter where consistent care & medical attention will be provided, safe from severe weather conditions & animal abuse.
However, living in a shelter costs money & this endeavor is to raise sufficient funds to be able to pay the monthly fees for the 6 dogs, so their stories can have a happy ending!

Whitey
Whitey was found to be in severe pain and whimpering & suspected to have been molested. She was later found to be pregnant &  gave birth to 6 pups. Four of them got adopted, but 2 pups(Sofia & Mickey) continue to live with Whitey.
Mickey
Mickey is one of the 6 pups that kept walking long distances back to his mum-Whitey, in spite of multiple adoption attempts. Whenever he was adopted out, he would cry loudly through the night & one of the families subjected him to burns to shut him up! He's now reunited with his mother, Whitey & sister, Sofia-there is no place else he'd rather be!
Sofia
Sofia was born deaf in the same litter as Mickey & senses the world around her through her mother, Whitey & brother Mickey. Although her broken hind leg has been fixed, she now limps when following her mother around & requires physiotherapy to completely recover from the inflammation.
Bobby
Bobby is one of the two survivors of a litter, whose mother died in an accident after nursing the pups for just two weeks. Unfortunately, he was subject to abuse and beaten until his bones broke. After two surgeries, he has regained his natural gait.
Billy
Billy belongs to the same litter as Bobby & just when he was recovering from a terrible traffic collision that cost him his tail, he was diagnosed with Canine Distemper! Having survived the CD epidemic, Billy's now cadaverous, with frequent secondary infections and a continuous twitch.
Chiki
Chiki is the only survivor of the litter that lost their lives to an accident that also killed the mother. Chiki, then a palm-sized pup was found wandering the streets, malnourished and looking for her mother. She was poisoned as a punishment for wandering into a neighboring boundary. Although she survived, it left her with organ damage & emaciated. That's when she contracted Canine Distemper from Billy. It was a steep climb back to the surprise of the doctors who had advised to euthanize her!
Many attempts have been made to find permanent homes for these dogs. But they have not been successful because they are an Indian breed that are found in abundance on the streets and are not a fancy pedigree.
Hence the only way for them to have any semblance of stability will be at a  shelter where they will be fed and provided with medical care as needed.

Please help to raise the funds so these innocent beings can have a chance at life at least at a shelter where they would be provided with steady care.

You will be posted with updates, once enough funds have been raised & the dogs have moved to the shelter.

Scan & donate with any app
check_circle_outline Download payment receipt
Report fundraiser
See how thousands are crowdfunding for their causes on Milaap
Rs.6,000 raised

Donated to this campaign via Bank transfer/QR Code? Click here if you can’t find your donation listed below.
N
Niren donated $50

Donated to this campaign via Bank transfer/QR Code? Click here if you can’t find your donation listed below.
N
Niren donated $50

SB
You are sending a message to
Suhana B
Go back 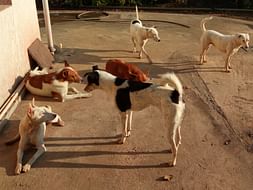