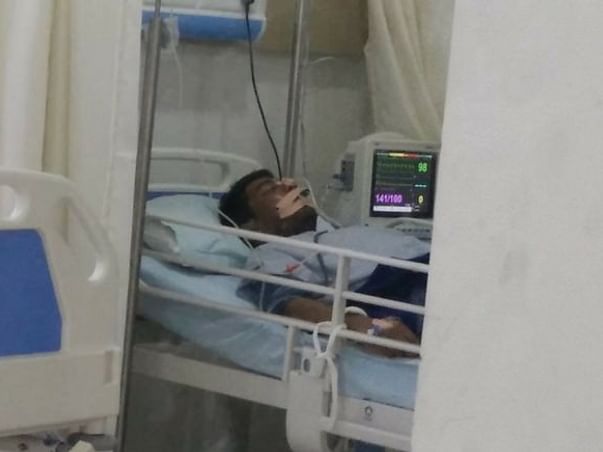 Share
I am here to raise funds for medical expense for my cousin named Charles Anand. He has been almost unconscious since 19th Feb'17.
He has no parents or family except for his son who will be turning 3 this April. Right now there are a lot of health investigations going on to find out what can be the main cause of him being bed ridden. One most important cause for this to occur is he is diabetic. After few tests, doctors said it is diabetic ketoacidosis,  hypoglycaemic, encephalopathy, urinary tract infection and oral candidiasis.
In spite, of other tests conducted to check his neurology status and it being normal initially, he is still bed ridden with little or no response. The doctors suggest that he might have to remain in the ICU for few weeks, he has already been in ICU past 12 days (previously in a hospital named Procare and past 6 days in St.Johns Hospital). Due to his health issues, he couldn't work consistently because of which he has no savings and does not have insurance. My mother (his aunt) and I (cousin) have spent more than a lakh and a half by now and we are running out of funds to support him for the rest of the days in ICU. He is hospitalized in St.Johns hospital in Bangalore and they charge Rs.20,000 per day at ICU as their bed charges, apart from this there is medicine expense, which accounts to a lot more money. We (My mother, sister and I) take care of his son an adorable almost 3 year old. His day to day expense and education expense is taken care by us.
The funds that is raised in this platform will be of great help to successfully get him treated, get any further tests done and get him back to life so that his son will have his father. It is a difficult question to answer when his son asks, "When will my papa come?", " Where is my papa?", "I want to talk to my papa" and when he is taken to see his dad, it is heart wrenching to see him say, "Get up papa" and later end up telling us "My papa is not well, he will come when he gets up"
I do have a letter from the hospital by the doctor about his condition and hospital charges, if required.
These funds will be used to,

Donate
0%
Be the first one to donate
Need $250
Card, Netbanking, Cheque pickups
Or Donate using