Rare Disease Has Caused His Face To Swell Like Abnormally | Milaap
This is a supporting campaign. Contributions made to this campaign will go towards the main campaign.

Rare Disease Has Caused His Face To Swell Like Abnormally 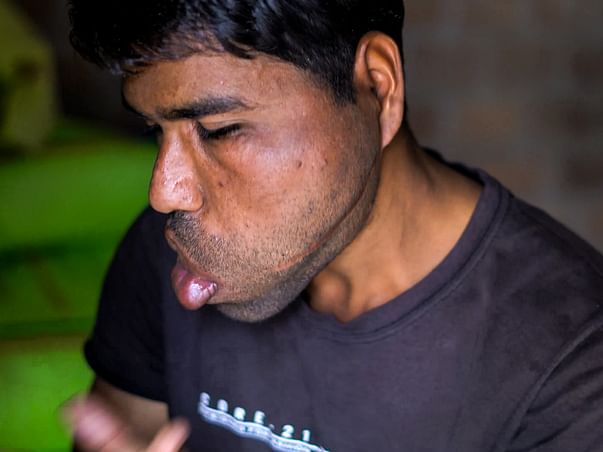 Ostracised due to his ungainly looks, a youth in central India wishes to be treated fairly by society while aiming to lead a normal life.
Shubham Patel, a resident of Daultabad village in Madhya Pradesh's Indore district, suffers from a rare disease that has left his face swollen like a 'balloon'.

The same has made him an easy target for neighbours and passersby alike, who take a jibe at him often.

"Wherever I go, people stare at my swollen face and make fun of me," says Shubham whose left side of the face is swollen.
However, it hasn't crushed his spirit as he plans to complete his higher studies and look for a job to support his family.

Shubham says, "I want to lead my life like other human beings. And help my family in farming."
Sharing his son's plight, Popa Singh, Subham's father says the latter has been a subject of insults since his childhood.
"I have seen people make fun of him. During his schooling, his mates used to bully him. I think even he deserves to live like all others and be accepted by society," Popa says.

Not only bullying but the discriminatory nature of people has also left the family distraught.

"When we take him out for weddings people don't go near him thinking that they too might develop the disease," Popa adds.

Shubham says, "Due to my disease, people don't give me a job thinking that I won't be able to work properly. When I go out, people stare at me and discriminate against me. They don't like sitting beside me or taking food from my hand and some are disgusted by looking at me."

For Narmada Bai, Shubham's mother, her son's cure and marriage are of utmost priority.

"I want him to go to the places without any hesitation. As a mother, it is disheartening to see my child suffering," she says.
Narmada also rues the lack of financial stability and says if more stable they could have taken afforded better treatment for Shubham.The disease has not only affected Shubham but is also ruining potential matches for his siblings as people are hesitant to forge a bond with his family.
"He has four siblings. Potential matches come to see them, however, they go back when they see Shubham," Narmada says adding, "This makes him sad."

Ready to take the challenges head-on, Shubham says an operation might make his life better.
"I believe after I get operated I will have a bright future and lead the rest of my life like a normal human being. Me being the eldest in the family, I want to take all the responsibility that I have towards my family and support them," he says.

Echoing his son's sentiments, Popa says, "I hope he gets treated soon or at least gets some financial support for his treatment."

UPI: givetomlpshubham17@yesbankltd (Copy to clipboard)
Or
Click here to read the instructions before you make a bank transfer.

UPI: givetomlpshubham17@yesbankltd (Copy to clipboard)
Or
Click here to read the instructions before you make a bank transfer.

Thank you for the support this far. The amount will be used to buy a 3D printed cheekbone and jaw for the patient and also the first phase of the operation that involves removal of the disproportionately grown cheekbone. The costs are still being worked out - we ll keep you all posted.

Report fundraiser
See how thousands are crowdfunding for their causes on Milaap
Content Disclaimer: The facts and opinions, expressed in this fundraiser page are those of the campaign organiser or users, and not Milaap.
Rs.125 raised

Donated to this campaign via Paytm? Click here if you can’t find your donation listed below.
G
George donated Rs.125

Donated to this campaign via Paytm? Click here if you can’t find your donation listed below.
G
George donated Rs.125 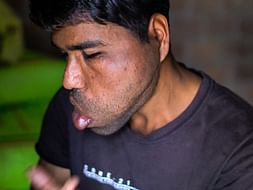 Rare Disease Has Caused His Face To Swell Like Abnormally