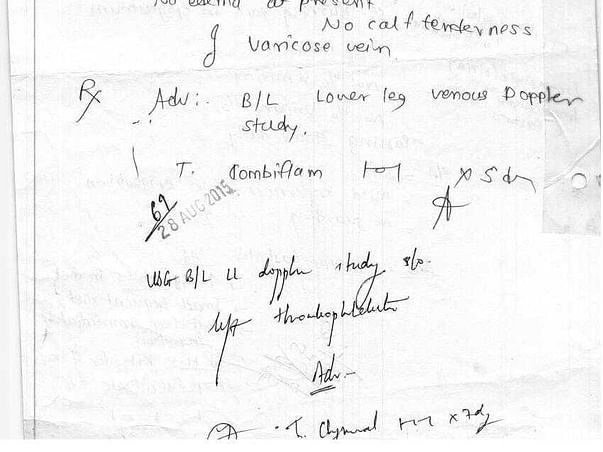 Dhananjay Shelar (age – 38years) has been diagnosed with “ Hepatitis B “ in 2009 & some in 2014 he has been seen severe effects of the same on his health which is deteriorating drastically as the day passes.

This person is working as a Security Guard where he earns INR 7600/- per month & he has a family to support (Wife & 3 children).

The health is become so bad that he has been vomiting & fainting very frequently due to which he gets admitted in the hospital very often where he needs to be on saline… The liver condition has gone bad; food cannot be digested; intestines are also not in the best of functional capacity.

Due to his employment his hospitalization expenses are being covered by the mediclaim policy however, there are TOO MANY EXPENSES WHICH THE SMART MEDICLAIM COMPANIES DO NOT COVER like the medical tests has been a very big expense for him which he has to bear on his own:-

·         Then comes sonography which has to be done at least once every quarter or may be once every month depending on the health condition which costs him INR 500/- in KEM else INR 2500/- in private places.

·         Medicines that he consumes costs him INR 2700/- for the subsidized ones promoted by govt. else INR 7300/- for the normal ones purchased from any pharmacy.

Due to this; he had to undergo UGISCOPY which costed him INR 14000/-

We all know the reality that the actual expenses are lot more than what is visible because there are so many expenses which are hidden & petty like in nature but when you actually start accounting for it becomes a large sum…!!!

In the above mentioned; the actual part what I still haven’t highlighted is that HIS HEALTH is still not been well taken care by the doctors…!! There have been instances where his case has been taken very lightly & not treated with the intensity of seriousness which they should have…

The Liver cyst has been a dangerous sign & to top it up he is unable to eat, drink or function like a normal person…

Any time he vomits blood which is scary & any time he would faint OR become unconscious which is dangerous…!!!

Here is a case for which we need help of TWO TYPES:

2.       Financial support to undergo such an expensive treatment.