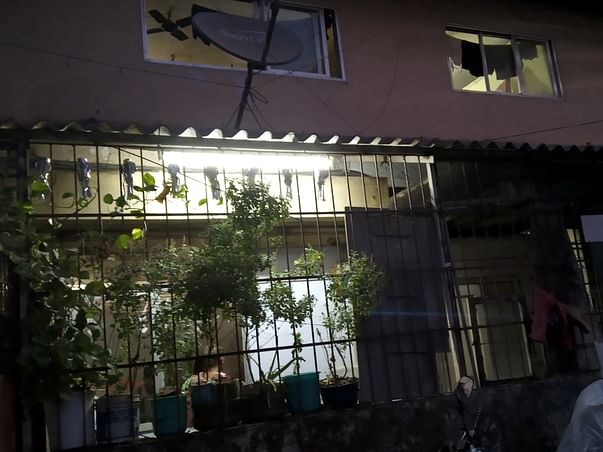 Unfortunately, the treatment is quite a bit lengthy which may take months to years for patients according to their cases. Here is the sad reality. In Mumbai, living cost is pretty much high which is the big hurdle for most of the patient families coming to avail the treatment. There are several NGOs, trusts, organisations and noble individuals also who are putting efforts from their side to give shelter to the patient families with minimal charges or free of cost.

Shankar Jana, as an individual, has also look initiative from his end to provide roof for the patients with some basic facilities like clean rooms, shared bathrooms, common kitchen, water filter , lights, fans, fridge for keeping medicine, TV for entertainment and other basic facilities. These are provided with very minimal charges so that the patient family don't feel an extra burden for staying purpose. Mr Jana has started his effort by developing infrastructure of home sai cancer residence at Suri earlier in the year of 2012. Since then, he is serving the patients by providing every kind of basic facilities a patient needs. Not only that but he also tries to provide counselling to the patients at some extent possible from his end since the beginning.
I came to know about Mr. Sankar Jana and his noble initiative during the second time followup in TMC for my father's treatment. My father is diagnosed with lung carcinoma in the year of 2012. Since then we have searched for shelters in many places in Mumbai for stay at reasonable price. Initially for three months during the treatment phase we opted the option for staying at Dada swamynarayan mandir, very nice place, for almost 1 month and next two months at the hall of a 2 BHK flat at ornet galaxy apartment opposite to Dadar BEST depot.
During the stay for the three months, it cost us around 36000+50000 INR. It was very costly. During the second visit we had to stay for 3-4 DAYS only so we have stayed at Swamynarayan mandir again but for the third followup onwards it took longer than expected so we have searched for better option and we came to know about Mr. Sankar Jana and his om sai cancer residence.
Initially we didn't like it from outside view but as time passed we started realizing it is the best choice for staying we have ever had. I am saying this from my personal experience of staying there. It is not lavish like the private flats and many other residences but it is the cheaper option and most importantly you will get Sankar da and his expertise, assistance and counselling.
He is a very nice guy with really helping mentality for the patients. Seeing his dedication in one side and the patients on the footpaths on the other hand due to lack of cheap shelter for staying I thought if I can contribute by my feeble effort with a fundraiser why am I not doing it.
As per providing shelters for the patients now Sankar Da has extended the work to GTB nagar also. Above all, he started it with the helping mentality as per my knowledge and observation. While developing the facility, he needed to take some loan, the interest of which has to be paid weekly is becoming a barrier in the path of enhancing the facility with lesser price and extending the facility to more places to ease the problems with having shelter for the needy patient families coming from long distance for treatment.
In view of this it is our urge to you for helping by any amount you donate for providing the shelter to needy patients. Even a single penny is very much helpful as no amount donated for donated for a good purpose is small.
Thank you for your time and consideration on this.

Planning to extend the facilities:
Air conditioner( during summer patient suffers)
Washing machine
Cooking stuffs for preparing hygienic foods for patients
Ambulance facility and emergency service
Warm water facility
Fund utilization:
Along side your help and the money from the residence itself the facilities will be upgraded for this very moment and extended later on.
1. Most of the money is being drained to pay the interest for the loan which has been taken earlier by Sankar da for establishing the facilities earlier So the major part will be utilized to settle the debt first so that the money from the residence will be sufficient by itself for future up gradation. (Almost 4 Lakhs INR)
2. The rest amount will be utilized to upgrade the existing facilities and introduce new facilities like
Air conditioner (~ 30K x5)
Washing machine (~ 15K x2)
Warm water facility (~ 5K x8)
Cooking stuffs for preparing hygienic foods for patients (will be paid by the residence money)
Ambulance facility and emergency service (~ 4 Lakhs INR)
Once again thank you for your time giving a look into this matter.

UPI: givetoshankarjana@yesbankltd (Copy to clipboard)
Or
Click here to read the instructions before you make a bank transfer.

BG
You are sending a message to
Bhaskar Ghosh
Go back 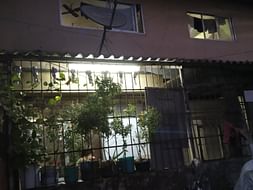