Shinjini Needs Your Support To Create Awareness On Surviving Sepsis | Milaap
Milaap will not charge any fee on your donation to this campaign.

Shinjini Needs Your Support To Create Awareness On Surviving Sepsis 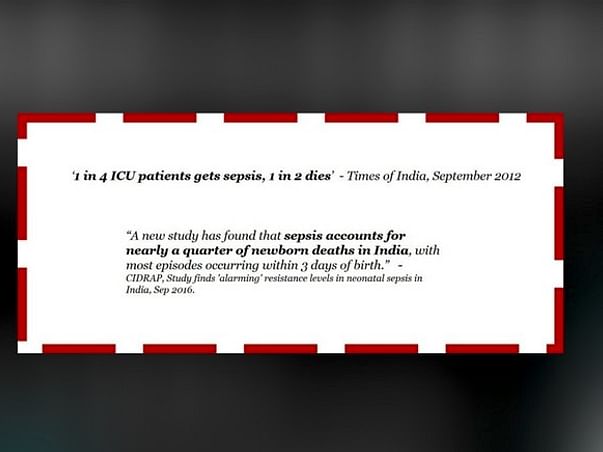 This is to everyone who has or has not heard the term "sepsis". We are a small group of people trying to start with a venture to raise awareness regarding the medical condition named sepsis.
Our initiative aims to come up with a platform where we can share, support and spread news, research, initiatives, preventive measures and draw attention towards what is sepsis, how it is dealt with, and how it is evolving.
Though such initiatives like Surviving Sepsis Campaign, World Sepsis Day etc. are established in the international level, in India there is an acute dearth of the same. Our primary aim would be to aware common masses, would be doctors and anyone so forth with an ailing relative who has been diagnosed with sepsis, to understand this syndrome better, and take measures accordingly.
Most of you are aware of conditions like stroke, cancer, HIV, malaria, diabetes and in emergencies have the basic clue to immediately reach out for medical help. For sepsis, its different. To put it in layman terms, sepsis is uncontrolled infection, which starts affecting your whole body. In the most dangerous form, it starts harming our organs, slowly causing irreversible damages to our heart and brain (in severe sepsis, septic shock, or refractory sepsis respectively), often resulting in death.
In our clinical health setting, adequate awareness regarding sepsis is missing. While common people cannot understand this complicated condition, doctors too find it difficult to explain to patient relatives what is exactly going on. The sad part is, after a certain stage, sepsis does not let you retract. As from the picture here which states two newspaper articles in the past 5 years, sepsis causes huge threat to newborn babies and adults in intensive care units. With antibiotic resistance slowly proving to be another detriment, sepsis is becoming a convoluted challenge quite difficult for clinicians to deal with.

It is an appeal to people who read this to reach out to us in the form of donations that would help us to mobilise our initiative soon. Conclusively, each donor would be an important stake holder in this fetal vision, to help it grow and help India fight sepsis better.

Ask for an update
Currently have purchased a domain to develop and launch the website. Designers are working on the website design, content is being created and tentatively it will be launched in two months.
We aim to begin the first phase of awareness initiative through a website. This website necessitates us to purchase a domain which would cost us upto Rs 8000 a year. As this website would also require contents, we want to hire a content writer who can research and produce for us informative articles that can be accessed by readers. Additionally, we wish to interview sepsis survivors or even relatives to people who have had sepsis to get a better picture of the hardships people face in terms of understanding the disease and get proper help at the right time. All of which would require some capital, we wish to invest Rs 20,000 in the beginning to hire web designer, a content writer and a social media expert to help us direct this venture and reach out to as many people as we can.
Donate
OR

Scan & donate with any app
check_circle_outline Download payment receipt
Report fundraiser
Know someone in need of funds for a medical emergency? Refer to us
Rs.17,000 raised

Because I believe in the cause. And because every penny spent is worth it.

God bless you. All the very best.

A
Anonymous donated $50
View all supporters

Because I believe in the cause. And because every penny spent is worth it.

God bless you. All the very best.

You are sending a message to
Shinjini
Go back 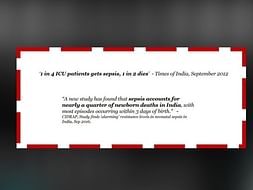 Shinjini Needs Your Support To Create Awareness On Surviving Sepsis