Help Me To Save My Husband And Come Out Of ICU | Milaap
This campaign has stopped and can no longer accept donations.

Help Me To Save My Husband And Come Out Of ICU 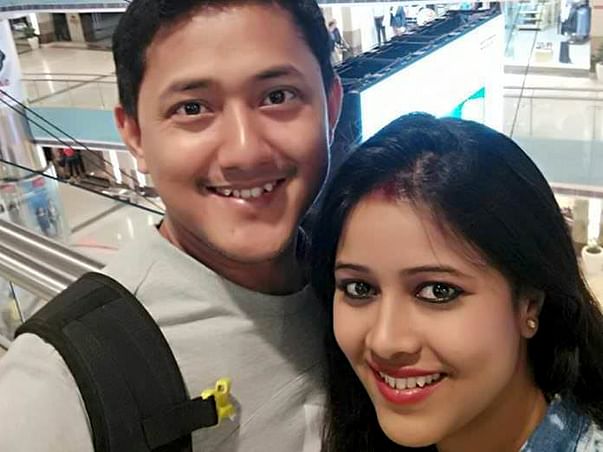 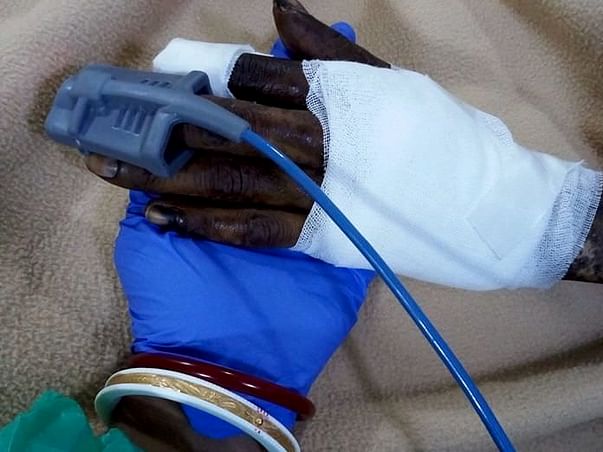 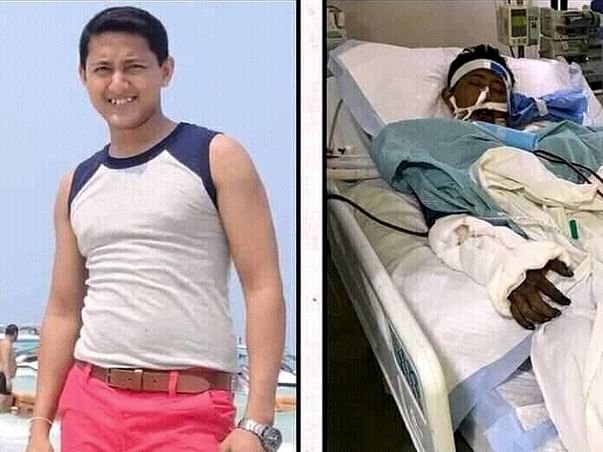 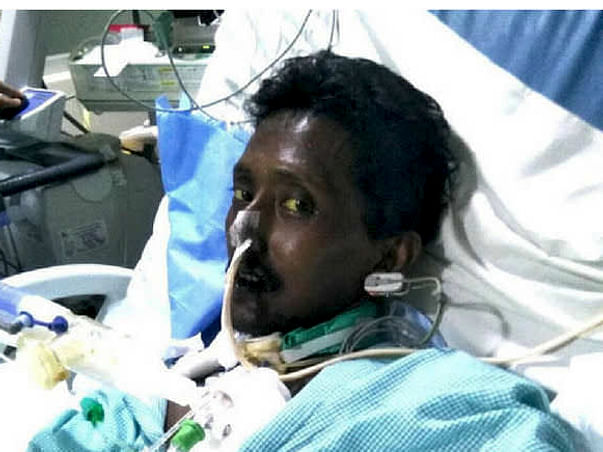 Previous Next
Mousumi and Subrata have been married for 3 years and lived a happy life. In just a month, their plans, dreams, and hopes have completely been shattered, Subrata is in ICU fighting multiple life-threatening diseases. He requires further treatment to recover and live a normal life and Mousumi is running out of time.
It all started with a fever leading to multi-organ failure

Two months before, 32-year-old Subrata had a severe fever and he was taken to a hospital in Guwahati. His had septicemia - an infection in the blood. He was rushed to a hospital in Chennai for treatment. His infection became so bad that he started having multi-organ failure. He is now on ventilator support and has been in ICU for over 48 days.
He has lost both his legs and parts of six of his fingers due to the infection

Subrata's wife Mousumi, has never heard of these conditions before - septic shock, disseminated intravascular coagulation, ischemic changes! Subrata needs treatment for all these conditions. He is given continuous dialysis and blood transfusions every day. In this process, he has lost both his legs and parts of six of his fingers. The terrible pain and many tests later, the source of the infection is still unknown.
“I can’t think of anything now but saving him. Nothing in my life prepared me to handle something this horrible. He is a wonderful, caring person, and this illness is threatening his life. Though I don't understand how it happened, I can care for him all my life. I just want to take him home. I can’t lose him at any cost” says Mousumi.
Mousumi’s brother Dipam and Subrata’s father are the only ones supporting Mousumi. They have rented out a room in Chennai and spending sleepless nights. Mousumi hardly talk to anyone and she refuses to eat anything. She is desperately waiting to see her husband back to normal life.

They have sold the house and everything they had yet the bills are unpaidThough never rich, the couple lived a modest, happy life. Life will never be the same again. Subrata's father has sold his house and all the valuables like jewellery they had. They need Rs 1.5 lakhs to 2 lakhs per day and they have no source of income. They are helpless and they have no strength to even explain their sorrow.

“Throughout all of these tragic events that have thrown themselves upon us, we have remained determined to save him. It is heartbreaking to see my sister in such a terrible state, she is disturbed and restless, I have no words to console her. She is very scared that the medical expenses may become too much to save Subrata,” says Dipam.
Subatra worked as a housekeeping executive in a hotel for a meagre salary. His father worked as a primary school teacher. The family has exhausted all their savings and still have looming unpaid medical bills. They are determined to save Subrata and hope to continue their life with him. It would be unfortunate if they are forced to stop the treatment due to insufficient funds. The medical bill is expected to come around Rs 30-35 lakhs in coming days. Only your contributions can help them. 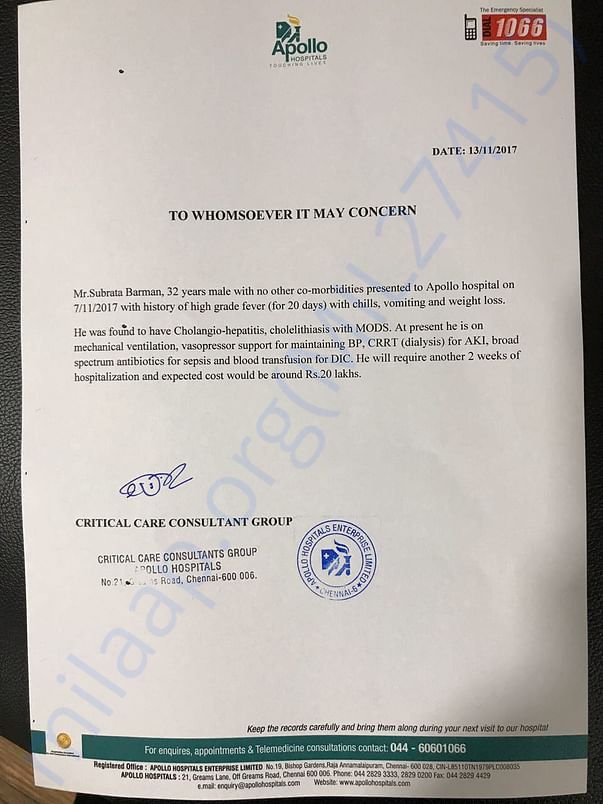 We have some unfortunate news to share. We received news that Subrata passed away in the early hours today (9th January). His family is devastated. He fought really hard, however, succumbed to complications and could not make it.

The funds will be utilized for her medical expenses so far as the family has spent a lot on his treatment. Please do pray that the family finds strength in this time of need and thank you for all the love and support you have shown him.
Dear Supporters,

Thank you for the wonderful support you have shown towards Subrata so far. His health is critical right now and the doctors are treating him round the clock.

His blood pressure and platelets had dropped to '0' and then he started bleeding from all the wounds. The doctors have administered him medication and he is on support therapy right now.

The doctors have said that his health has to stabilize before they can decide upon the future course of action.

Thank you for all the support you have him shown him so far. Would request you to share this campaign further with your friends and family. Please for his health and speedy recovery. Will keep you posted.

Here is an update on Subrata.
Subrata is in ICU for the past 40 days. In this process, he lost both his legs and parts of six of his fingers.
He is still on ventilator and condition is still critical. Hospital bills have crossed 50 lakhs till date. We managed to pay 30 lakhs of the total amount, with the help of family, friends, well-wishers and 5 lakhs from the Assam state government.
We require this money raised, to settle part of the bills accumulated.

Thank you for your support and love for Subrata.
Regards
Load more
Donate

Donated to this campaign via Bank transfer/QR Code? Click here if you can’t find your donation listed below.
J
Jaskaran donated Rs.500

Donated to this campaign via Bank transfer/QR Code? Click here if you can’t find your donation listed below.
J
Jaskaran donated Rs.500

You are sending a message to
Mousumi Barman
Go back 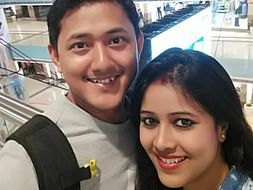 Help Me To Save My Husband And Come Out Of ICU