Support Kushal in his battle against Stage IV cancer | Milaap
This campaign has stopped and can no longer accept donations.

Support Kushal in his battle against Stage IV cancer 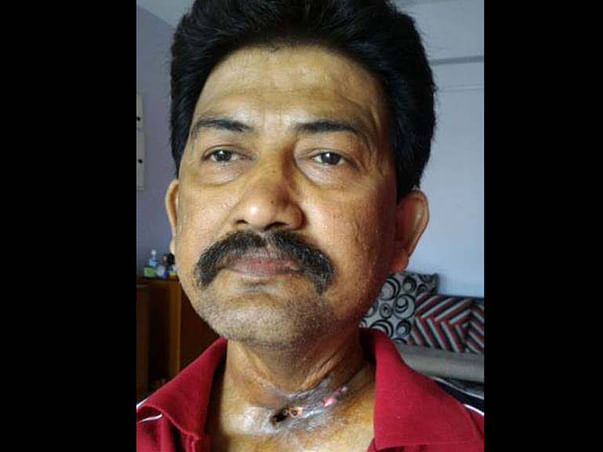 Kushal Sarkar is 54 and was diagnosed with stage 4 tracheal cancer in September 2013 and was immediately put on tomotherapy along with radiation to alleviate his rapidly mutating disease. After six months, 30 fractions of tomotherapy and 6 rounds of chemotherapy, doctors announced that he was in remission or in layman's terms, cancer free.

However his happiness was short-lived as doctors found an even more aggressive growth in his vocal chords in July 2014, which was metastatic in nature. This meant that the cancer cells were more though and were growing faster. After detailed tests, including a painful biopsy of his throat, his panel of doctors at Tata Medical Centre pronounced that the only way to save him was to remove his vocal chords through surgical procedure called tracheostomy, which was a serious surgery. the biggest fallout of that procedure would be that Kushal would never be able to speak again and the costs were pretty high.

The devastation and shock was something his family struggled to cope with, especially his teenaged daughter. Given the fact that his wife was also a cancer survivor, this was a nightmare. Mustering up enough courage , Kushal spoke for the last time on December 1 2014, to his wife and daughter before being wheeled into surgery. After twelve hours he was wheeled back into the ICU and regained consciousness after another 7 hours to a silent world.

Doctors had given him a new existence by opening up an air passageway at the base of his throat, called the stoma, which was to be his new nose. He lost all faculties of smell, too. However it was another 9 months before he had another recurrence of a tumor which pushed up from his carotid artery and nearly was choking him. This time the prognosis was not good. This was a recurrence of stage 4 cancer again and surgery or resection was not possible. Palliative chemotherapy was the only way out. Stem cell therapy is an option, but the costs are prohibitive. The doctors were in a dilemma.

Kushal undergoes five days of debilitating chemotherapy every 3 weeks in the hope that the cancer subsides, but the costs are fast catching up. he will require three years of such chemotherapy to fight this disease or stem cell therapy which is being explored by his support group consisting of his wife, daughter and two very close family friends.

A
You are sending a message to
Arup
Go back 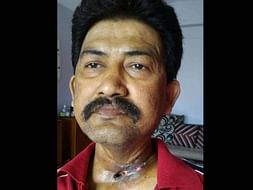 Support Kushal in his battle against Stage IV cancer