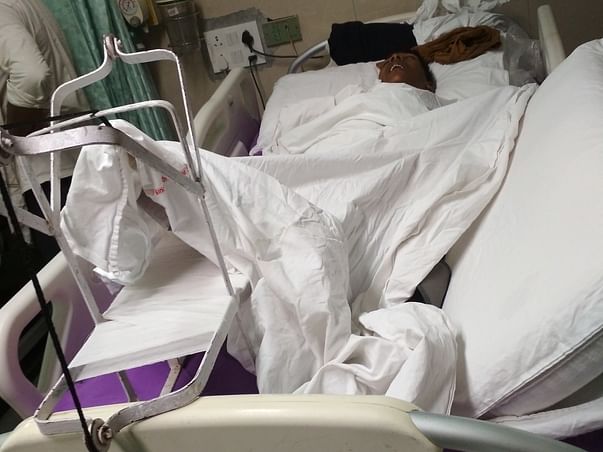 Kundan a brilliant 9th class boy from bihar...the only son of his poor,illiterate parents who are giving der heart and soul to save him...it all started a year back when he lost appetite nd felt pain in his throat ...the local docs said he is suffering from viral fever while his parents were spending der hard earned money(both work as daily wage labour)in his treatment...the local docs said they are nt gettng any clue why his fevr is not going down...they asked them to take him to delhi...when they admitted him in aiims trauma delhi they said he is loosing his vocals,had a neurological disorder nd a fracture in leg...now after spending all der savings they have no money left to even feed themselves cos...they are in delhi from more than a month nw(no work no money)help him to b alright soon ...my father has also been admitted in the same ward thats why i know them the way he keeps on crying day nd night...make me start this campaign kindly donate  as much as you can...monica