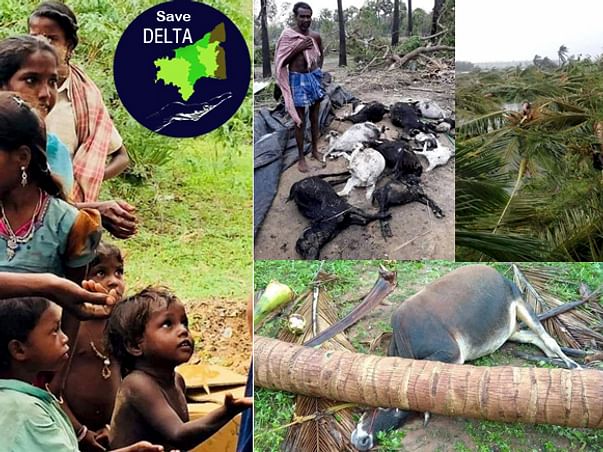 A week before on 16th Nov18 - Friday, most of the delta region and few of coastal areas of Tamil Nadu has been severely beaten by a cyclonic storm - Gaja which encountered a heavy destruction for people living in this region. Around 60 of them have lost their lives and lakhs of people where affected brutally and lost their properties and other basic needs.
People belonging to these destructed areas are still struggling to come out from the loss in terms of lives and property. As most of the people being residing in huts and sheds, many of them shelters have been vanished and laying at road side. Many acres of farm lands and lakhs of trees have been razed to ground.
Even-though the government of Tamil Nadu has allocated funds for restoration of affected areas, it’s not that much enough compared to the destruction happened. Regards this myself and group of friends initiated the relief work by collecting funds and it’s in process, but we’re able to reach only minor part of people with the funds we collected. So, for favor of these people affected by cyclone we’re expecting many more hands to recover the delta region back from the disaster.  As still much more are laying behind and seeking for the help I have created a fundraising campaign to reach many of fundraisers to support these people in terms of providing few basic amenities.
Many of the volunteers, college students, profit and non-profit organizations, some of political parties and many more have raised their hands to save delta from the destruction happened. Similarly, we also have formed a small unit of team, collect funds from our friend’s circle and serving the people from remote areas which are highly destructed. Till now we have collected up to 2.5 lakhs rupees and served more than ten families by providing raw rice, vegetables, cooking oil and other basic requirements. But at the meantime we came to know that still most of the villages are lacking for food and basic requirements. As the fund which we have collected is not enough we need to reach more volunteers to collect more funds.

So, helping hands who like to help our beloveds can join hand with us by taking part in this campaign by raising your fund as much as you can, since the more the fund is raised, more the people will be benefited.

UPI: rzpy.givetomlprajesh00007@hdfcbank (Copy to clipboard)
Or
Click here to read the instructions before you make a bank transfer.

RS
You are sending a message to
Rajesh Sellaiyan
Go back 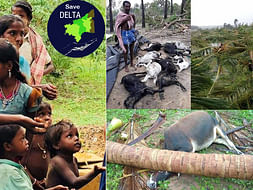