Help Raja To Survive Battles In The Hospital | Milaap
Milaap will not charge any fee on your donation to this campaign.

Help Raja To Survive Battles In The Hospital 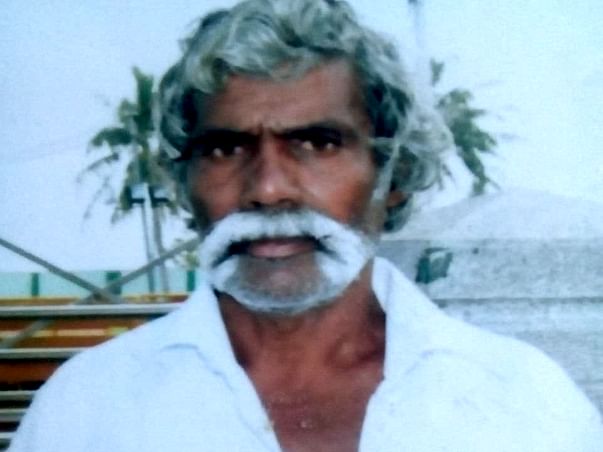 Accident Has Brought Poor Farmer Raja To The Brink of Death.

If You Ate Today, Thank A Farmer.

Raja Mottaiyappa Kavudu, 58 yrs old farmer met with a major accident which occurred at 4.45 PM on March 25th 2018 on Shoolagiri, Hosur-Krishnagiri National Highway affecting the traffic for over 30 mins. Initially he was admitted to Hosur Govt Hospital , due to his critical condition he was immediately shifted to St Johns Medical College, Bangalore where he underwent major head surgery, right temporal contusion with mass effect, right uncal herniation, s/p decompressive hcmicranicetomy, left upper limb fracture, 13 days after surgery he has opened his eyes and his condition still remains very critical. Raja can be saved, but his family don't have the means to get him treated.

Raja's son Sugumar 29 years old is taking care of expenses who too is a farmer, they belong to an extremely poor background and do not have any financial capabilities and has spent all their family savings on saving Raja. After paying for treatment, his hands are tied, and pockets, empty. The dark cloud of worry about his medical expenses looms over the family constantly. They have no one to turn to, and without treatment, Raja can’t escape the eventuality of death.

“We don’t have anything left anymore. We only have a roof over our head to call our own, but all our savings are gone. When we found out about his condition, we didn’t even know if we could afford to admit him. We begged and borrowed from people, thinking that we’ll take each day as it comes. We can’t give up on Father, but we’ve come close to stopping his treatment. No matter how badly we want to save him, our debts are holding us back.”

Mr. Raja got admitted in Intensive Care Unit, St. John's Medical College. Presently he is admitted with hospital for Post RTA. Presently he is on mechanical ventilator. He is likely to require hospitalization further one week. He has a long road of recovery ahead of him, but with treatment, his family can finally take him home again and he can have a chance of a bright future.
Should you need any further clarification, kindly do not hesitate to call hospital on 080-2206,332 reach out to Dr. D. Moses Carles D' Souza, Professor Department of SICU, SJMCH, Bangalore to validate the above information. You may also call his Son Sugumar -> 09994402482 / myself Supreeth Hegde -> 09535734043 for any clarifications.

Raja needs treatment to survive. It’s his only chance to live for good, but Sugumar’s family have no means to afford 5 lakhs for his treatment. Despite their best efforts, all they can assure their Father’s moments of comfort. They need your help to give him the treatment he needs.

Your Support Will Save Raja’s Life. 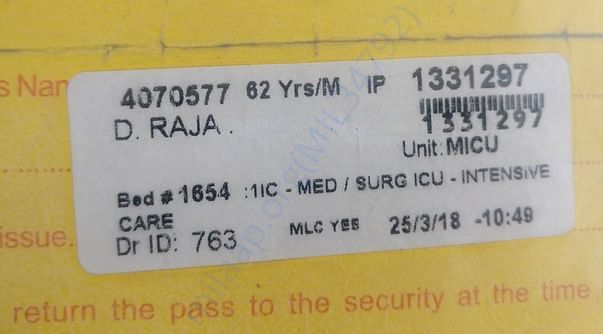 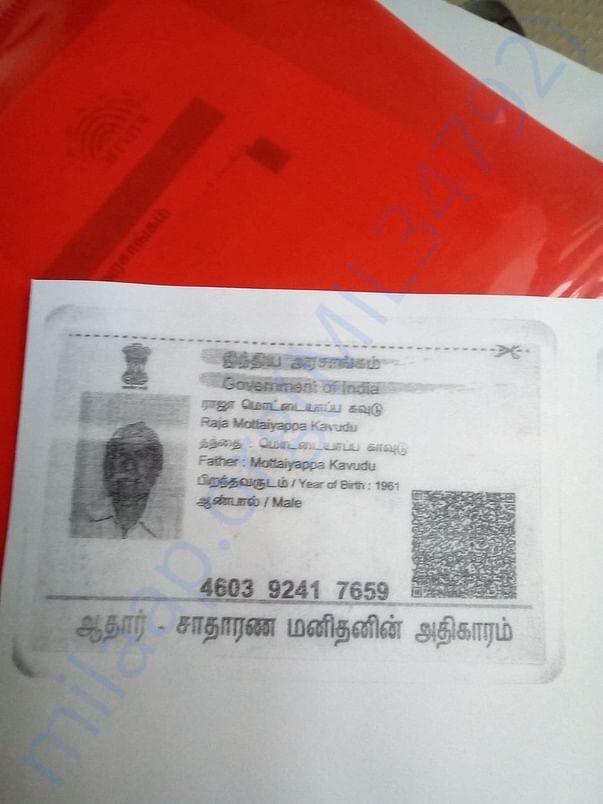 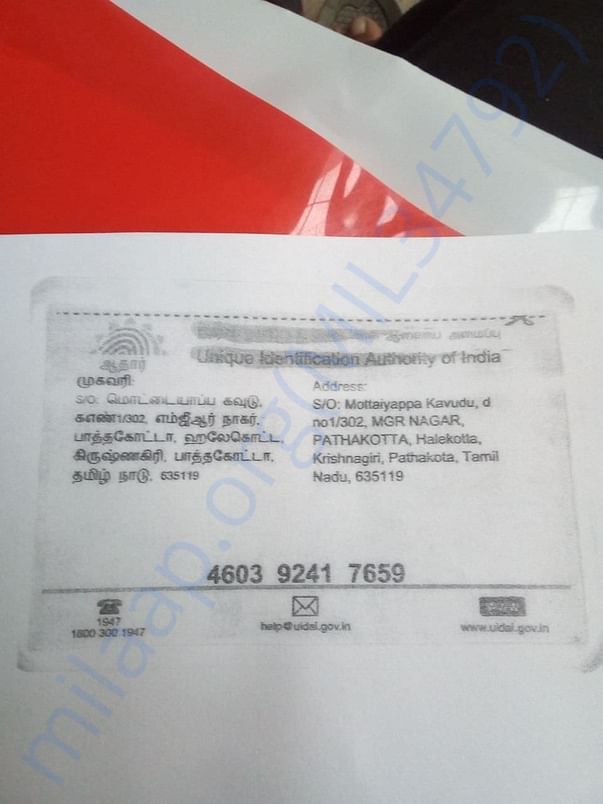 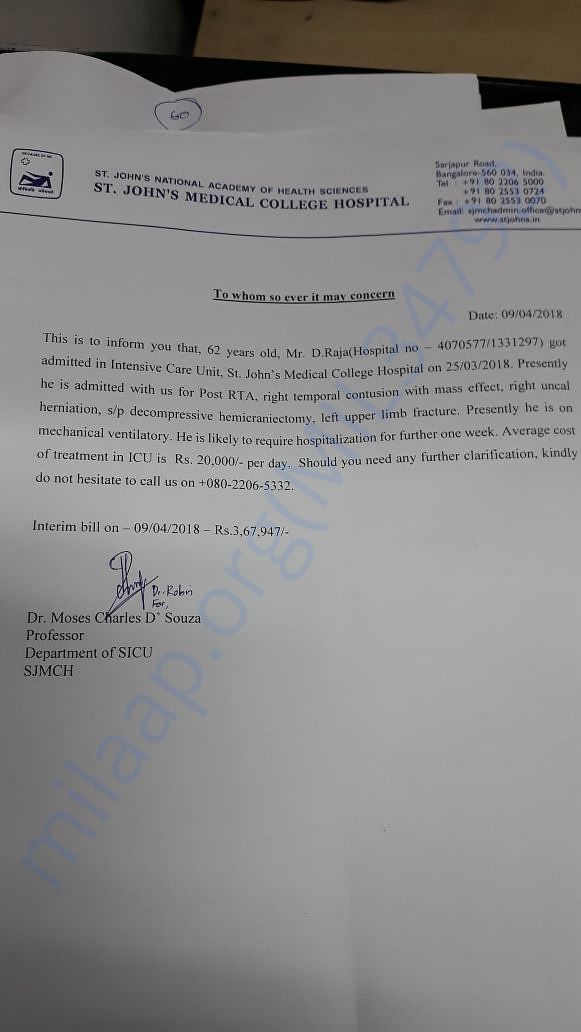 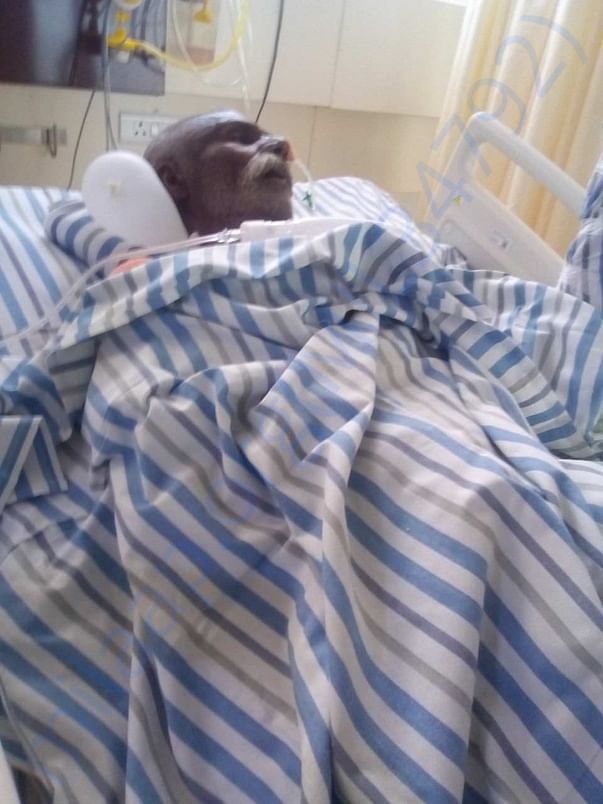 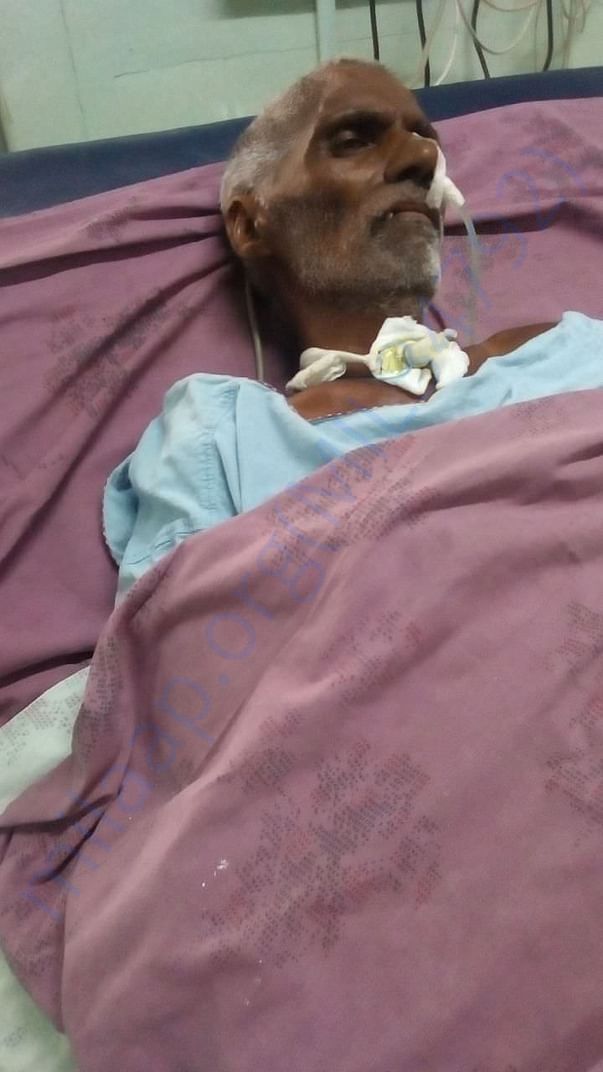 Ask for an update
Thank you all for elevating your heart rate for a good cause.

A human life is a story told by God., and yet death is the destination we all share. No one has ever escaped it. And that is as it should be, because Death is very likely the single best invention of Life. Every sunrise is an invitation for us to arise and brighten someone's day. But Death takes no bribes. Raja after fighting for life for 1.5 months in hospital passed away yesterday May 10th 2018 at 12.40 PM in St. John’s hospital, Bangalore.

We could contribute close to Rupees 1.5 lakhs via this campaign for his hospital expenditure, we were closely in touch with his family and used to often visit, from past 5 days his condition deteriorated and day before yesterday he was declared Brain dead, yesterday Doctors confirmed they could not save him, his family spent close to 8 Lakh rupees for his medical expenses. You can't save people, you canonly love them.

Thank You All Again for your help and support! Words cannot express how grateful we are for your kindness and generosity. Thank you so much for being there for Raja.
Dear supporters,

Thank you! Raja's family are touched beyond words with all your contribution. Raja is recovering, now he has been shifted to Orthopedic OPD from Neuro OPD, as he has to get operated on his broken leg and hand. Thank you for brightening Raja's world.
Dear Supporters,

Thank you for the wonderful support that you have shown towards Raja. I would like to inform you all that my colleague, Manjunath Madanna and I are helping Mr Raja get the best treatment possible with your support and blessings.

As my colleague, Manjunath is in the hospital with Mr Raja. We are withdrawing the funds raised via this crowdfunding platform on Milaap to his account so that in case we need funds to meet his treatment expenses, as having the funds handy will ensure a seamless experience. Will keep you posted about his health.

Scan & donate with any app
check_circle_outline Download payment receipt
Report fundraiser
Know someone in need of funds for a medical emergency? Refer to us
Rs.104,072 raised

Hope that you get well soon!

Hope that you get well soon!

SH
You are sending a message to
Supreeth Hegde
Go back 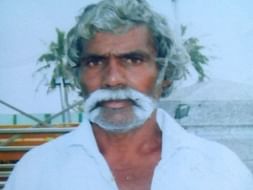 Help Raja To Survive Battles In The Hospital