Saving a 9 year old kid from a severe criticality | Milaap
This is a supporting campaign. Contributions made to this campaign will go towards the main campaign.

Saving a 9 year old kid from a severe criticality 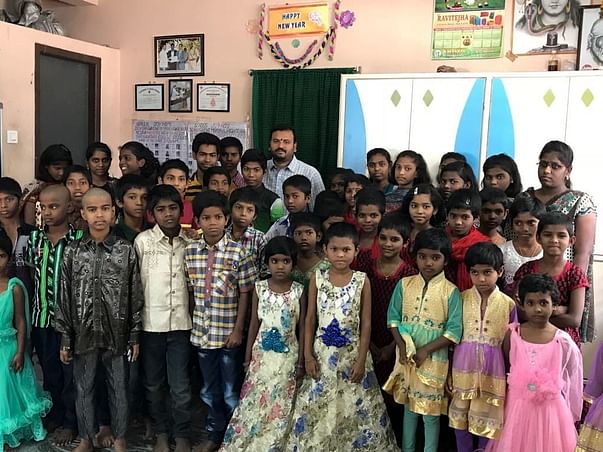 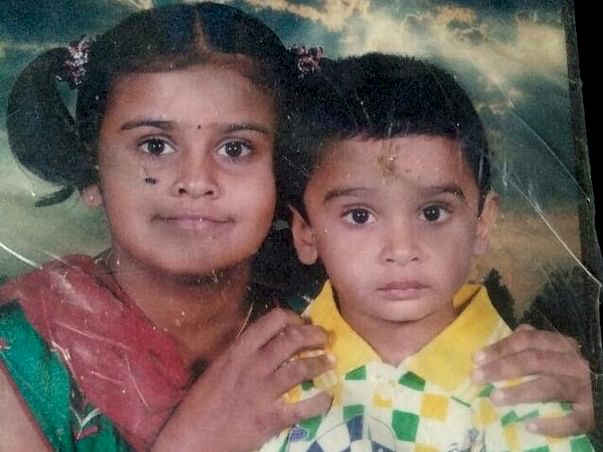 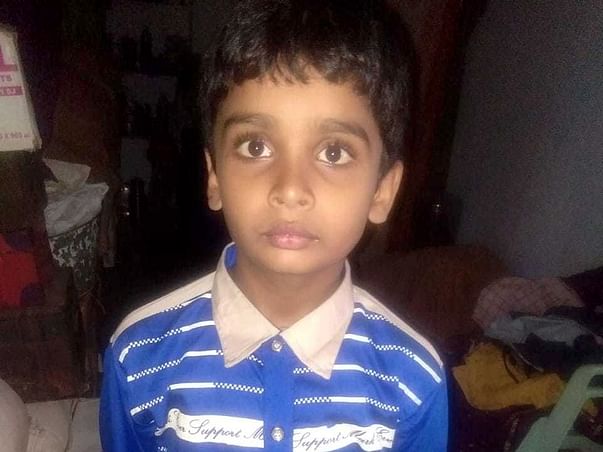 Arun, a 9 year old boy, has suffered a mild health droppage a few months back. Earlier, it was expected to be a normal disfunction caused by a flu. Later, the disease evolved as the jaundice and started eating away his immunity. As the days passed on, the criticality became severe, and, his parents took him to a super specialty hospital in Coimbatore (KMCH). The doctors found that, his survival is so so difficult, as the jaundice has directly poisoned his liver. With a collective efforts of the best doctors crue in the hospital lineup, he was treated in the ICU for a week, and, fortunately they were able to bring a certain normality in his body which paved the line for his life temporarily. The doctors has also recommended for an immediate operation within a week's time. It's for taking a selective piece of liver from his father's or mother's body whose organ and it's correlative parts could match with their son's liver.

But, unfortunately, the condition started to become worsen with the time from this Monday, and, they're again struggling to bring back the boy to normality, as the body should be having atleast a minimum level of immunity in order to withstand and cooperate the surgery which has the minimum duration of 8 hours. So far, the treatment cost have reached around 3 lakhs, and, the expected operation cost will be around 15 to 20 lakhs, as per the hospital's estimation. Post the operation, the total treatment bill along with the medicines could be costing a minimum of another 7 lakhs. So, hopefully, the total cost will be 30 lakhs, even if he survives or don't.

As the condition of the 9 year old boy started to get worsen, the doctors crew decided to carry out the life risking operation by this morning. Initially, they'd planned for taking a selective part of the liver organ from his father or mother, but, later, thankfully, they got a donor organ from the PSG Hospital, Coimbatore. With that, the operation was started by 8 AM and got ended up by 8 PM.

Post operation, the boy has been kept in the ICU unit, and, his pulse rate is approximately normal. He will be monitored in the same way for the next 3 weeks in order to guess any progress and improvement, if any. The operation cost is around 20 lakhs excluding the treatment and room charges. So far, the parents have spent around 4 lakhs, and, they're yet to pay the operation fee. Thanks to the hospital's management (KMCH) for not demanding a mandatory payment before or during the operation.

Along with the liver failure, the 9 year old kid's kidneys are getting disfunctioned along with the time. It has also resulted in a complete memory loss as the brain nerves have got suffered severely. Dialysis is being performed on a regular basis. The boy is still in the coma stage. Anaesthesia is being given continuously till the liver starts functioning completely. But, the kidney as well as the brain nerves also has to cooperate with the new liver in order to decide an outcome. Glucose is being given in trips as it is the only possible energy stimulator to empower the body strength. It may take more than 4 or 5 complete days to see a progress. He is continuously monitored by the specialist doctors crue of the hospital (KMCH) in the ICU.

His father has 4 acres of agricultural land, and, also running a two wheeler mechanic shop in his village. His mom is a home maker. The boy also have an elder sister who is studying school. With the insurance, they can cover up to 15 lakhs. They're in need of the exact other half cost. The family lives in a small village near my hometown, (Dharapuram - Tiruppur District, TN) and, they're well known to our family for the past 3 generations.

Many people who are all willing to take up a financial responsibility in saving the 9 year old kid's life are feeling more convenient as well as more comfortable in depositing the money directly to the bank account of the kid or his parents. It's the best as well as the right way. No second opinion in it. But, unfortunately, none of their bank accounts are in the active status which made me to govern the money handling responsibility. Also, they're so so depressed and disheartened right at the moment. So, I do feel, it isn't a humanitarian way to demand for a new account in the name of the kid or his parents.

I do agree very strongly that, even a single rupee from the donor's end has been the result of their uncompromised ethical hard work, and, they all have the right to ensure their financial help have reached its actual end without any mishandling. I have decided to give out the entirely collected amount directly on to the hands of the parents, once it reaches a certain count. Also, it is my prior responsibility to get a proof for the right usage of the money, and, also to deliver the same to each and individual donors. If I am able to do so, the money will not be transported to any other third person or handled by anyone else. Instead, the money will be tranferred back to the respective donors with a complete transparency.

People who are living nearby the hospital can directly have a visit and can confirm the kid's condition. Then, they can decide based upon their interests. In case of any further assurance, you can confirm my liability as well the genunity of this case with my parents at anytime.

Let us put forth our humble whole hearted prayers to the almighty for saving the child's life. Also, sincere thanks to the lotus feets of all the hearts who have given out their contributions so far without any hesitation. Please come forward to lend a aiding hand with a possible financial support for this deserving poor family. As informed earlier, the treatment cost have already gone past the initial estimation of 30 lakhs.

UPI: givetoseruds47@yesbankltd (Copy to clipboard)
Or
Click here to read the instructions before you make a bank transfer. 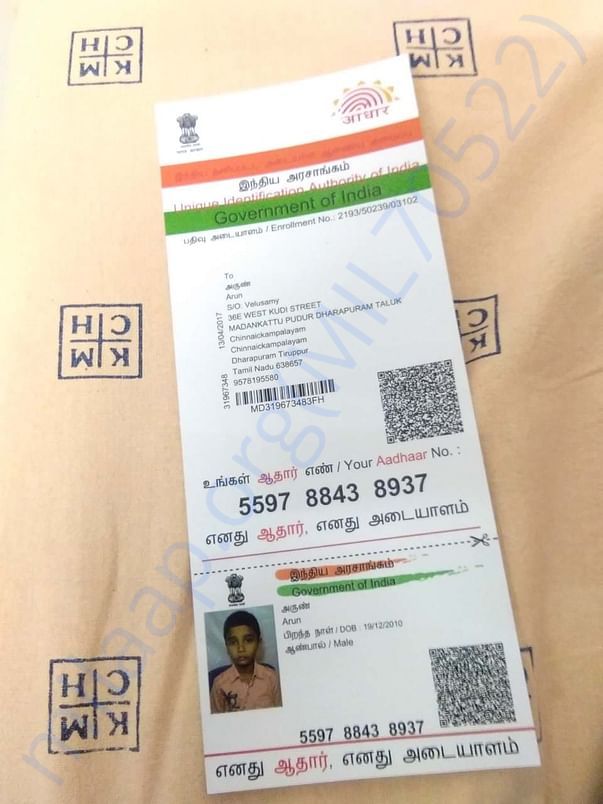 UPI: givetoseruds47@yesbankltd (Copy to clipboard)
Or
Click here to read the instructions before you make a bank transfer.

Ask for an update
Donated to this campaign via Paytm or bank transfer? Click here if you have not received an email confirmation from Milaap.
Respected Philanthropist,
Wishes from SERUDS
We are thankful for your generous donations for this noble cause of deprived orphan, street children through Milaap Crowd Funding Platform.
In the year 2012, 5 underprivileged girl children of guardians belongs to remote rural village approached us to provide care & support for their bright future. Then as part of our regular child welfare activities we started children orphanage home for the basic education facilities, food & shelter.
Now we are serving 60 orphan, street children by providing 3 times nutritious food, quality education, shelter, sports & games, sanitation, hygiene and health care with medical experts for the boys and girls. 6 to 17 years aged children studying from LKG to Degree 1st year in IGMM School, Keshava Memorial High School, Gayathri Junior College, KVR Degree College for women.On 27.10.2019 we have celebrated DIWALI a great festival in india and children provided with crackers, new dresses and provided special meal, dry fruit sweets and they enjoyed a lot. We have been sharing their joyful photos with you on the project report. Children are very happy at the SERUDS Orphanage & going to schools, colleges regularly and progressing good in their examinations. We were able to do this festival more successful happens because of you and your timely generous online donations. Without your timely donations to charity it is very difficult for us to serve these abandoned orphan children.

We are very much thankful for your kindness & all your donations for the abandoned Orphan Children through a Milaap crowd funding platform.
Recently ‘Member of Legislative Assembly’ For Kodumur Dr.Sudhakar visited the orphanage and spent time with the children. He motivated the orphan children about personal behaviour, various stages in life and he expressed his past hurdles to achieve his goals in his professional life.
Being a dental medical expert he tested some of the students in the children home and suggested proper cleaning of the teeths, hygiene etc. Children keenly observed his motivational speech. As we started the orphanage 7 years ago with five deprived orphan children and now serving 60 orphan children by providing 3 times food breakfast-lunch-dinner, quality education, special classes for higher class students, proper shelter, recreation facilities, sanitation, hygiene and health care with medical experts for the boys and girls separately.
The age group of the children is 7 to 17 years studying from UKG to Graduation 1st year in KVR Degree College for women. The primary school children go to the IGMM School, Keshava Memorial High School. We are celebrating all the festivals irrespective of religion.
At present this academic year we have been providing all the 60 children, whom were bought by the volunteers, staff and community leaders from the tribal areas, rural areas of Kurnool, Mahabub Nagar Districts of AP & TS. Orphan Children are very happy at the SERUDS Orphanage and going to schools, colleges regularly and progressing good in their examinations. Thank you for your online donation for charity of children in India.
Respected Patron,

We are very much thankful and grateful for all your generous support for the unfortunate Orphan Children through Milaap Social Ventures. Since the year 2012 we run the children orphanage with 5 underprivileged children and now serving 50 orphan children by providing 3 times nutritious food, quality education, accommodation, recreation facilities, sanitation, hygiene and health care with medical experts for the boys and girls.
The age group of the children are 6 to 17 years studying from LKG to Degree 1st year in IGMM School, Keshava Memorial High School, Gayathri Junior College, KVR Degree College for women. On 20.03.2019 we have celebrated Holi a great festival in india and children provided with colours, pumping pots and provided special meal, dry fruit sweets and they enjoyed a lot.
We were able to do this festival more successful happens because of you and your timely generous online donations. The children brining to the orphanage by the volunteers, staff & community leaders from the remote rural villages of Kurnool, Mahabub Nagar Districts of Andhra Pradesh & Telangana States. Children are very happy at the SERUDS Orphanage & going to schools, colleges regularly and progressing good in their examinations. Thank you for your Donation for Charity of Orphanage Children.
With best regards,
Mallikarjuna Gorla
https://www.serudsindia.org

SM
You are sending a message to
Sathyaraj Murugesan
Go back 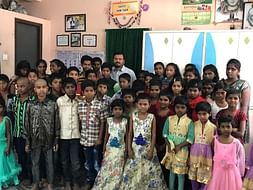 Saving a 9 year old kid from a severe criticality