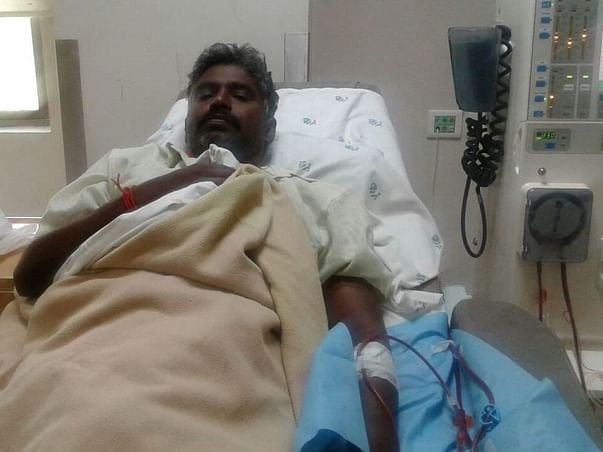 saravanan lost his father in his young age and took up his family responsibility at early 2000.
his mother and wife working on other's farms in their village near musiri, tamilnadu.
from the income of 12000, he is running his life with his wife,his mother and 2 female childern's

As the son and father of 2 child's, saravanan is sole responsibility for his family.

last year one sudden day he was suffered from heavy pain and swelling faces
he admitted in hospital and diagonised with both the kidneys are failed.

saravanan needs a dialysis once in two days. Since he started taking dialysis, he has become very weak

For the last 3 months, saravanan needed dialysis every alternate day.

He has stopped going to work because he is too weak to continue work.
all his savings and earning are going for his treatment itself.

to save him, his mother took a risky decision to give one of the kidney to his son.

but they are not able to spent so much money for the operation to save his son.

Donate
0%
Be the first one to donate
Need Rs.4,50,000
Card, Netbanking, Cheque pickups
Or Donate using