19-Year-Old Santhosh Can Die Of Cancer Without Urgent Help | Milaap
This is a supporting campaign. Contributions made to this campaign will go towards the main campaign.

19-Year-Old Santhosh Can Die Of Cancer Without Urgent Help 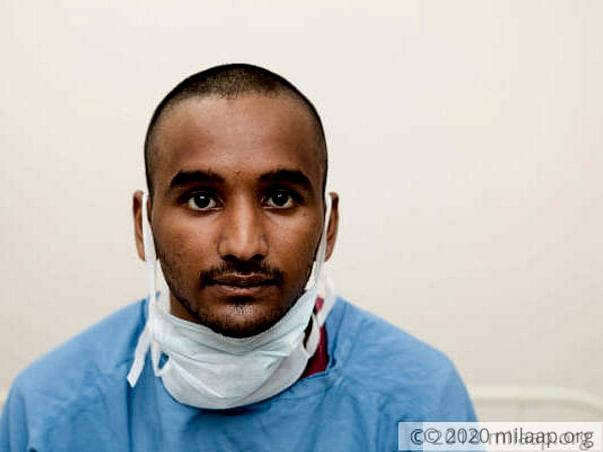 UPI: rzpy.givetomlpsanthosh005@hdfcbank (Copy to clipboard)
Or
Click here to read the instructions before you make a bank transfer. 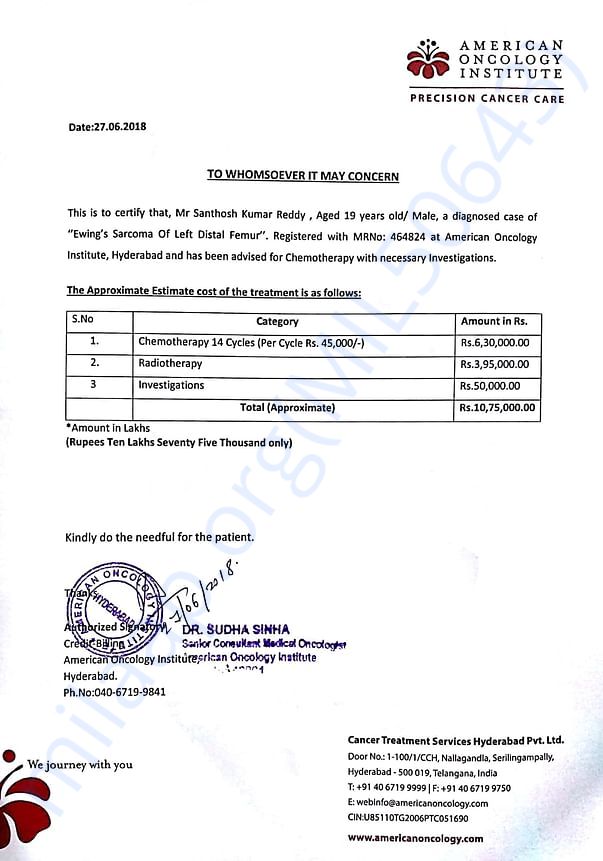 UPI: rzpy.givetomlpsanthosh005@hdfcbank (Copy to clipboard)
Or
Click here to read the instructions before you make a bank transfer.

Santosh is doing ok. He is undergoing his treatment and is recovering. He is stable and is responding well to the treatment.

Here's an quick update on Santosh. Santosh is discharged and advised to come for chemotherapy after 3 weeks.He is doing well and responding to the treatment.

Here is a quick update on Santhosh's health.

Currently, he is at home and doing fine. He has undergone 4 chemotherapy cycles so far, and still has to undergo 10 more cycles. There are no major side effects as such, the next chemotherapy will happen during end of next week.

Will keep you posted as his health progresses. Thank you for the love and support.
Regards,
Sravanthi
Donate
Report fundraiser
See how thousands are crowdfunding for their causes on Milaap
Content Disclaimer: The information and opinions, expressed in this fundraiser page are those of the campaign organiser or users, and not Milaap.
If such claims are found to be not true, Milaap, in its sole discretion, has the right to stop the fundraiser, and refund donations to respective donors.

Donated to this campaign via Paytm? Click here if you can’t find your donation listed below.
MS
Milaap Saavi's funds donated Rs.400,000

Donated to this campaign via Paytm? Click here if you can’t find your donation listed below.
MS
Milaap Saavi's funds donated Rs.400,000 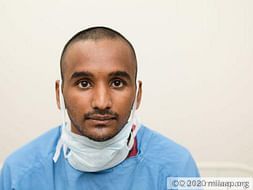 19-Year-Old Santhosh Can Die Of Cancer Without Urgent Help