I am Fundraising to help Sankarayya's family recover their loss | Milaap
Milaap will not charge any fee on your donation to this campaign.

I am Fundraising to help Sankarayya's family recover their loss 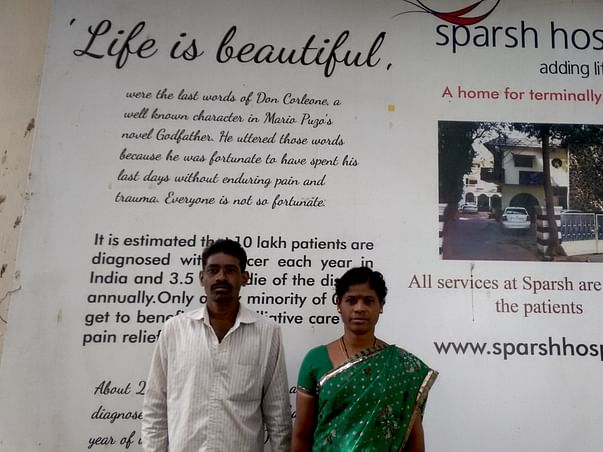 Mr. Sankarayya ,  a 38 year old toddy trapper from a small village of Warangal district of Telangana , has a meagre income of around 6000/- rupees. Inspite of his lack of education, he spent his earnings, mostly on his two children's education, dreaming of giving them a better life.

When girl's education takes a back seat , especially when parents have no formal education and hail from rural areas, he spent 1,20,000/- for his daughter's teacher training certification.We cannot help but appreciate his futuristic vision of good life for both his children equally.

A great tragedy struck this family of four , when the couple's eighteen year old son, who was studying his 12th standard, was diagnosed with bone cancer in 2014. Mr. Shankarayya left no stone unturned in getting a very proper treatment  for his son, sparing no expense. He visited every possible hospital in Hyderabad looking for a miracle. Surgery was performed to remove his son's thigh bone and replace it  with a rod giving relief for a short while.

Unfortunately not long after the surgery, Cancer appeared with vengence in his lungs, leaving no hope for his survival.He was  in palliative care  at SPARSH Hospice, Hyderabad . The staff made his last days as easy and painless as possible . This entire exercise of tests, surgery and  medicines, has left Mr. Shankarayya in a debt of Rs. 3,00,000. It is  unfortunate that he breathed his last on 19th Nov 2015.

It is extremely painful to witness the parents come to terms with the demise of their young son.  Mr.shankarayya  having to bear the loss of his young son , with the realiity of taking care of his diabetic wife, and having to settle his daughter's life, looming large over his head.

The team of Sparsh Hospice, is trying to raise funds  to help Mr. Shankarayya clear his loans and mourn with dignity for the tragedy  he is meted out with.  Please be generous and make a difference to this family,  rekindling the belief that we all care for his pain.

The funds will be utilized in repaying the loans of the family.

Facebook
Report fundraiser
See how thousands are crowdfunding for their causes on Milaap
Rs.106,805 raised

You are sending a message to
Aarti
Go back 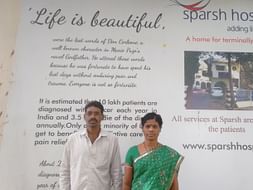 I am Fundraising to help Sankarayya's family recover their loss