Milaap Donor Appeals For Help To Save His Son From A Dangerous Disease | Milaap
This is a supporting campaign. Contributions made to this campaign will go towards the main campaign. 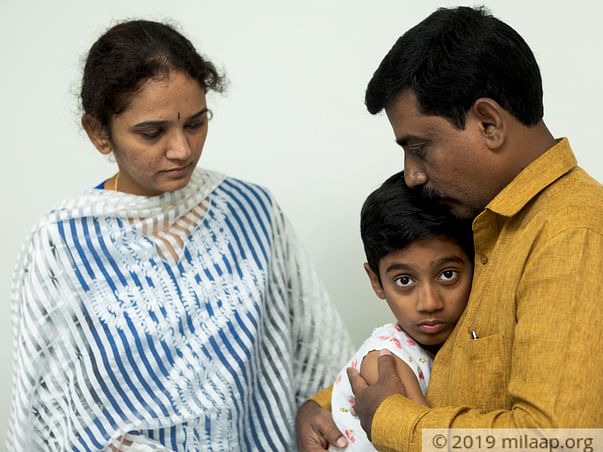 “Every time I saw those campaigns of kids with liver disease, with hours left for transplant and no help, I’d contribute. Even last week, I saw a campaign for Arya, and contributed Rs. 1000. For 3 years, I have been doing what I can to help save other children. I never imagined, I’d ever be on the receiving end.” - Raja

Raja and a group of his friends are good Samaritans often looking to help those in need. For years, he has been donating to online fundraisers, especially liver transplants. Today, his son, Saimithran needs a liver transplant to survive a dangerous disorder. A teacher who makes money by tutoring most of the time, Raja cannot afford Rs. 18 lakhs to save his son.

It started last year, when Sai had a high fever for weeks. Suddenly he started being delirious one day. To them, it seemed like their teenager was having mood swings, sometimes so extreme that they had to ground him. Sai never realized what he was doing. The truth is he did not remember. It was only when he began vomiting very frequently that they took him to a doctor.

“He was on a high dose of medicines when he started losing weight. Sharadha and I panicked when we saw he was getting worse. After 5 months of running to many hospitals, we discovered he needs a new liver.”

The only solution to Sai's condition is a liver transplant, and every day's delay pushes him over the edge

Sai has Type II Citrin Deficiency. He probably had jaundice at birth that led to this disorder, but the symptoms only showed during teenage or adulthood. The disorder affects the central nervous system causing confusion, irritability, aggression, seizures and then coma. It is life-threatening, especially because there is excess ammonia and toxic substances in his body as the liver is unable to process proteins properly. The toxicity is affecting his brain.

“He is on a low protein diet. He is on heavy medicines. Sai knows about his condition. He is always dejected. He asks if he will ever be ok. I promise him that the surgery will fix everything. We can’t have that surgery if we don’t arrange the money.”

They have helped so many children, and now their child is in need

When they heard about Sai, Raja’s students, friends, relatives and even acquaintances came forward to contribute. An auto driver also contributed Rs. 10 to save Sai. The family, however, is nowhere close to their goal of Rs. 18 lakhs. Every day Sai’s condition gets worse. His symptoms are under control because of the medicines, but it cannot cure him.

“I keep getting emails and calls from beneficiaries when I donate and they have a happy update. I have seen these other children make it. I only hope my son gets to survive too.”

Raja has played a role in helping save so many other children like Arya and Vetrimaran.

Your contribution can save Saimithran. You know this family will pay it forward.

UPI: givetosraja6@yesbankltd (Copy to clipboard)
Or
Click here to read the instructions before you make a bank transfer. 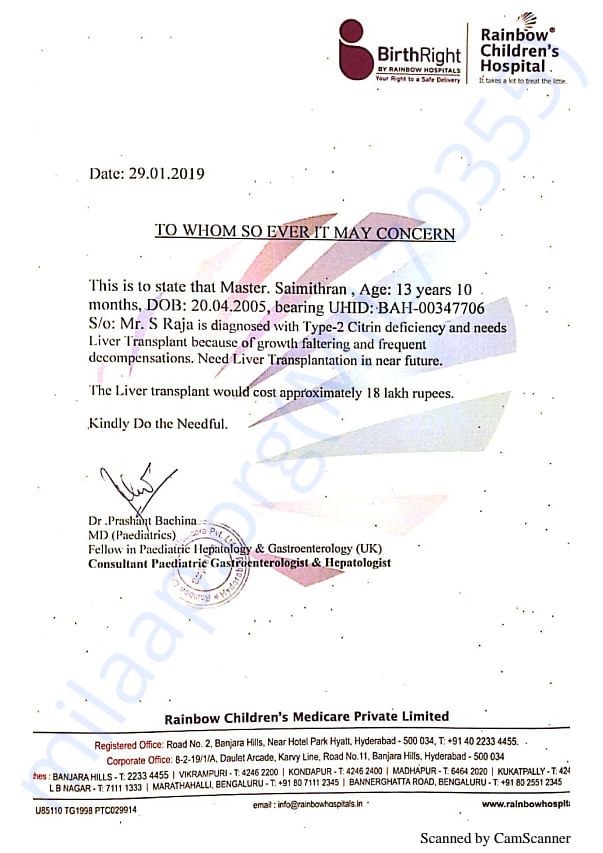 UPI: givetosraja6@yesbankltd (Copy to clipboard)
Or
Click here to read the instructions before you make a bank transfer.

Sai Mithran has been discharged and he is doing extremely good now. He is returning to normal life. Thank you all.

Thank you all for the support!

Master Sai Mithran had undergone liver transplant on earlier this month with his father as donor. His father has been discharged and patient is recovering.

Sai Mithran has been moved to a regular room from an ICU today. The surgery was done last week and he has been on regular observation.

Again we thank you for your kind support

My heartfelt wishes and prayers for your speedy recovery

My heartfelt wishes and prayers for your speedy recovery 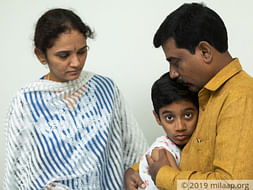