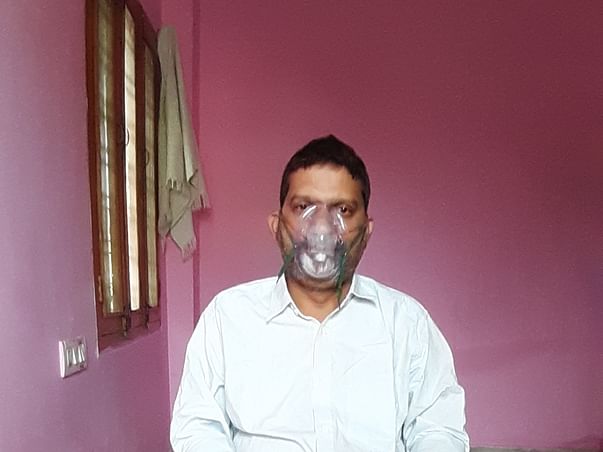 My brother Venkateshwara Rao (47) is Son of a farmer from a remote village and throughout his life, he is living in Kakinada, East Godavari District, Andhra Pradesh, India, as an in-charge at an income of (15k/month). His family (mother, father, and wife) are dependants on him and he is the bread earner.

We came to know that he has a rare disease called Pulmonary Alveolar Microlithiasis, Respiratory Failure, Coronary Artery Disease Post Stenting, Osteoporosis, Nephrolithiasis, a phenomenon, where both of his lungs are turning into stones and inoperable.

We got him admitted to Siddhartha Hospital, Kakinada, and after observations and tests, we were informed that my brother should go through a lung transplant.

From the covid time, we are really cautious in going to hospitals considering his lungs issues and he is on breathing through external supports like Oxygen concentrators and Oxygen Cylinders 24 X 7.

Mr. Vamsi Krishna Mootha (Pulmonologist) in Siddhartha Hospital, Kakinada advised us to consult with Mr. Srinivas Rajagopala who is the Director - Transplant Pulmonology at Yashoda Hospitals, Secunderabad branch. He is one of the best doctors in Asia in transplanting with a higher success rate.

The hospital provided us an estimation and mentioned:
Post Surgery:
On well wishers support, we have received an amount around 20 lakhs and we are helpless to get remaining amount.