Farmer Struggles To Get His Daughter Educated | Milaap
Milaap will not charge any fee on your donation to this campaign.

Farmer Struggles To Get His Daughter Educated 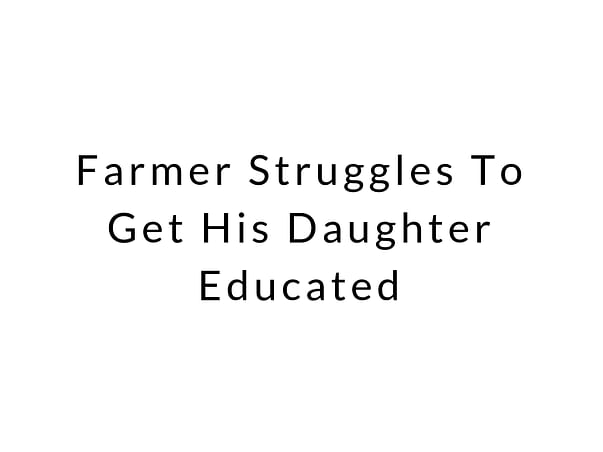 Hope your organisation is doing well!

We came across a needy girl Uma Kanti D/o Harish Chandra, who is pursuing Nursing (GNM) final year 2019 and resident of village Poore Lohan Hargaon Jamon District Amethi Uttar Pradesh. Her examination would be after 5 months, but the principal of the Indira Gandhi school of Nursing Amethi suspended her from the school because of she unable to pay her fee dues (approximately one lakh Twenty-five thousand one hundred ). Last year some fees are paid by the contribution of students of this school.
She is from poor backgrounds and her father is a marginalized farmer and not capable to pay her fees. She has also applied for education loan in 2017 but rejected by SBI bank branch Jagdishpur Amethi Uttar Pradesh. Government scholarship is also not yet received so that she can pay some dues. She is brilliant in academics and with her capability, clears the entrance test of the Indira Gandhi school of Nursing Amethi and taken admission in the school and her father sells some crops but still unable to collect enough amount to pay. Without the help of organization like yours, she won't be able to complete her studies.
We are confident that you will come forward and support the cause with your participation. We are sure that your sense of responsibility towards society will set an example for other like-minded people to lend a hand. Your cooperation will be highly appreciated. She will be available on the number given below and her details:

Results in Academic
Your early response helps her to retain in the Third Year GNM class. Most of the girl has the ambition to become a nurse or doctor, but their poor background breaks their dreams. Organizations like you can help to success their dreams.
Please find the attached document for your references like application, mark sheets, BPL Card and letter of fees due. 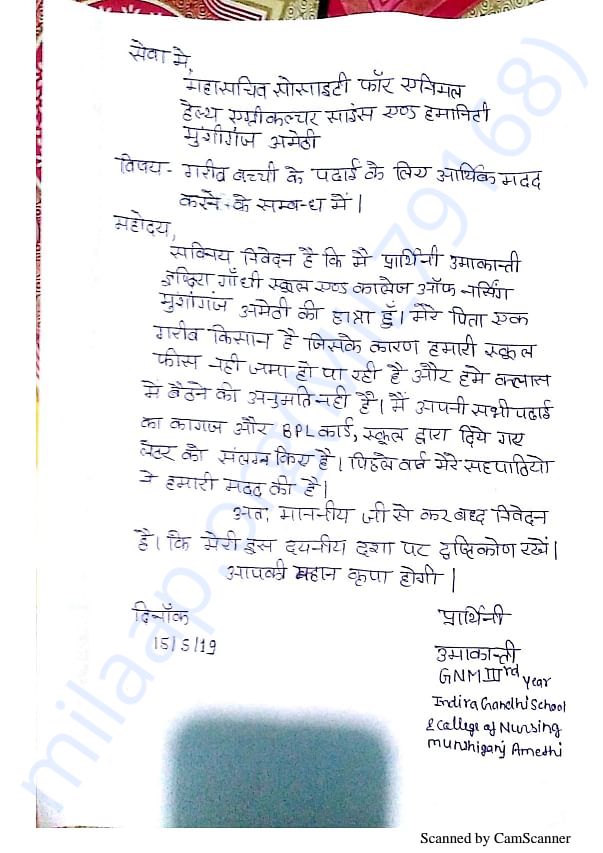 You are sending a message to
SAHASH
Go back 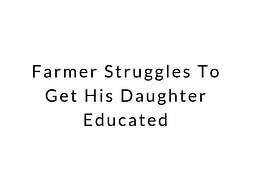 Farmer Struggles To Get His Daughter Educated