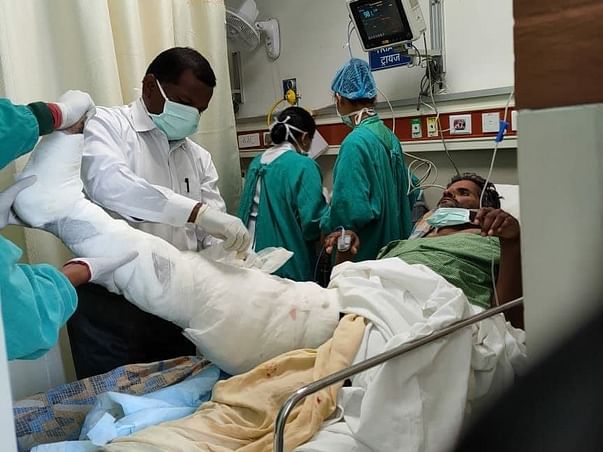 Share
A close friend (18 years old) who belongs to the obc community is in urgent need of funds to finance his father's medical expenses. His father was diagnosed with lymphedema in one of his legs in the year 2000. Along with that he was also diagnosed with OCD. Lymphedema has only worsened ever since and most of his earnings (which comes from a grocery store) went into that. Many times to pay the bills he had to take loans and it has only got added to the already gross debt.

2 weeks ago, he experienced severe pain in his body and especially leg followed by a high fever and lack of oxygen. He got tested for covid immediately and the results were negative but he had to be admitted to ICU in Varanasi's Oriana hospital. Later, as his recovery seemed improbable, he was shifted to Noida's Kailash hospital.
On 24th May, doctors have stated that he might not recover and hence might not survive.

Please help by contributing whatever amount you can so that current medical expenses can be covered. Your contribution will also save their family from not getting stuck in the vicious life of debts.