Help Dharmishtha Fight Brain Haemorrhage | Milaap
This is a supporting campaign. Contributions made to this campaign will go towards the main campaign. 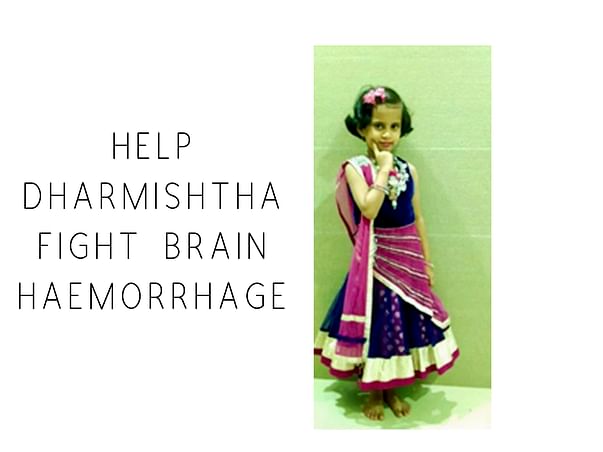 My daughter, Dharmishtha Kasalkar, age 5 years 8 months fell unconscious all of a sudden. We took her to the nearest dispensary where we were told to admit her in the hospital. So we took her to Bhakti Vedant Hospital at Mira Road. Doctors at the Bhakti Vedant Hospital did a CT SCAN of the brain and found that there was a Blood Clot in the brain which needed to be treated soon.
As this hospital did not have the necessary equipments so doctors suggested us to shift out daughter to Kokilaben Ambani Hospital for further treatment. So we admitted her to the Kokilaben Ambani Hospital. After admission, Dr. Preetha Joshi had done one more CT scan and it was found that the blood clot had increased. On the Second day Dr. Sarkar, a Neurosurgeon at Kokilaben Ambani hospital conducted a CT Angiography on our daughter, but it was not useful therefore the doctors decided to go for Open Surgery.
I have managed to pay 3.03 lacs till date. As per the hospital accounts they have suggested us the further expected expenses may occurred is about approx 5 lacs more and now I don't have more money to pay the medical expenses as I have already took loans from several co-operative banks.
So we need the funds approx Rs. 5 lacs at the earliest for further medical & surgery expenses.

UPI: rzpy.givetomlpdharmara002@hdfcbank (Copy to clipboard)
Or
Click here to read the instructions before you make a bank transfer. 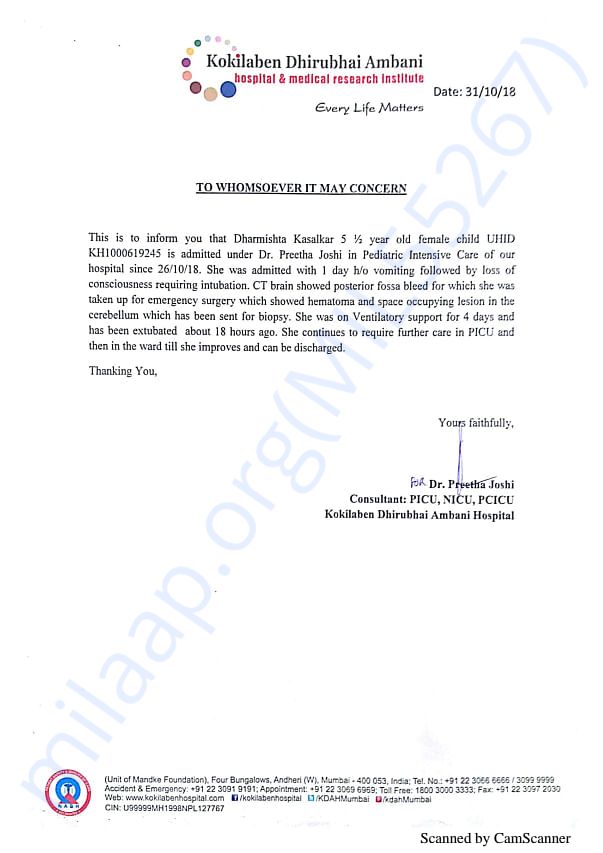 UPI: rzpy.givetomlpdharmara002@hdfcbank (Copy to clipboard)
Or
Click here to read the instructions before you make a bank transfer.

Thank you for all the love and support. second life because of you. Dharmishtha is doing a lot better now. She is able to talk now, in fact, she sings sometimes. She is able to walk. She tried to run, however, she is afraid to fall so she is taking it slow. She started eating food and going to school. She is finding it hard to catch up with the other students but then doctors say it will take a while.

She is undergoing physiotherapy and medication. The doctor has scheduled an MRI scan followed by an Angiography in April to detect if there is any more clot in the brain. We will follow up with an update post the tests.

Once again thank you all for your Prayers, Love and Support. Please continue to support and pray for her speedy recovery.

Dharmishtha is at home and she is doing fine. She is undergoing physiotherapy regularly. She is conscious but is unable to talk. She can recognize us.

She can't swallow either. She will be undergoing an MRI later this month to see if there are any complications that must be treated.

Do keep supporting her.

Thank you for your love! Dharmishtha got discharged from the Hospital on 01st Jan 2019. She is still unconscious Doctor told she needs daily physio therapy. The remaining amount we are withdrawing but that is not enough. But we still required atleast 200000 for other medical expenses.
Load more
Donate

NR
You are sending a message to
Navin Rodrigues
Go back 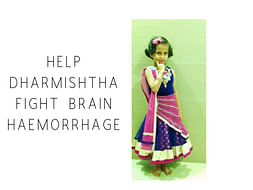