Education Loan For Poor Student | Milaap
This campaign has stopped and can no longer accept donations. 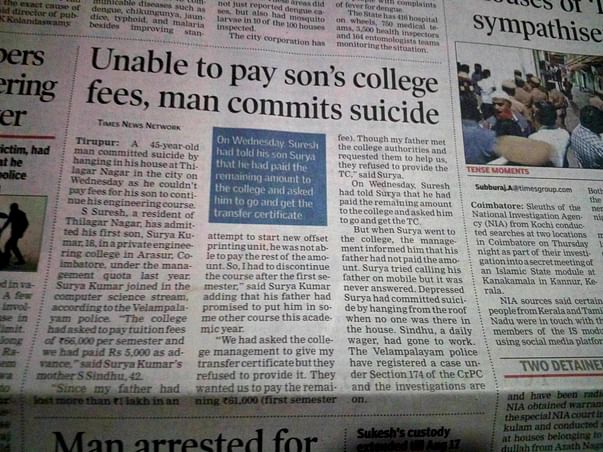 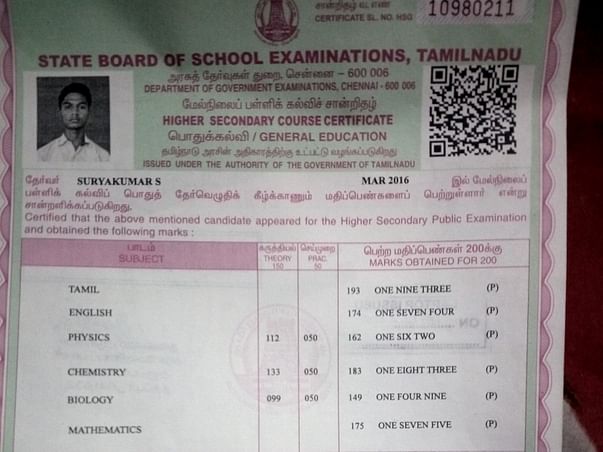 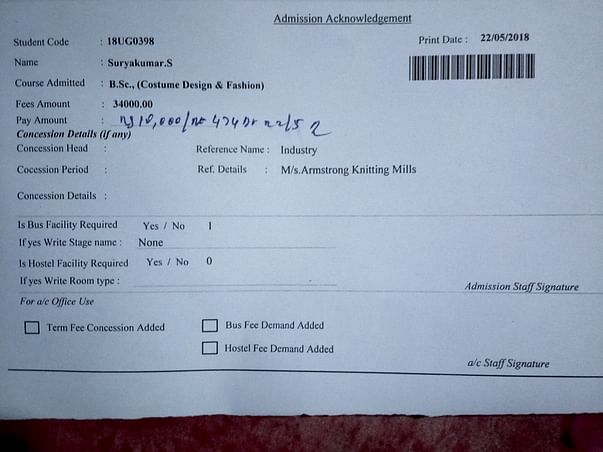 Previous Next
This is the story about me I'm collecting funds for me only the story is published in news  paper I copied and pasted in this area .Tirupur-year-old man committed suicide by hanging in his house at Thilagar Nagar in the city on Wednesday as he couldn’t pay fees for his son to continue his engineering course.Thanks for the help I finished+2 before 2 years ..I discontinued my college because of money problem... But now I wanted to study ... thank you
S Suresh, a resident of Thilagar Nagar, has admitted his first son, Surya Kumar, 18, in a private engineering college in Arasur, Coimbatore, under the management quota last year. Surya Kumar joined in the computer science stream, according to the Velampalayam police. “The college had asked to pay tuition fees of Rs 66,000 per semester and we had paid Rs 5,000 as advance,” said Surya Kumar’s mother S Sindhu, 42. “Since my father had lost more than Rs 1 lakh in an attempt to start new offset printing unit, he was not able to pay the rest of the amount. So, I had to discontinue the course after the first semester,” said Surya Kumar adding that his father had promised to put him in some other course this academic year. “We had asked the college management to give my transfer certificate but they refused to provide it. They wanted us to pay the remaining Rs 61,000 (first semester fee). Though my father met the college authorities and requested them to help us, they refused to provide the TC,” said Surya. On Wednesday, Suresh had told Surya that he had paid the remaining amount to the college and asked him to go and get the TC. But when Surya went to the college, the management informed him that his father had not paid the amount. Surya tried calling his father on mobile
Admission acknowledge from the college 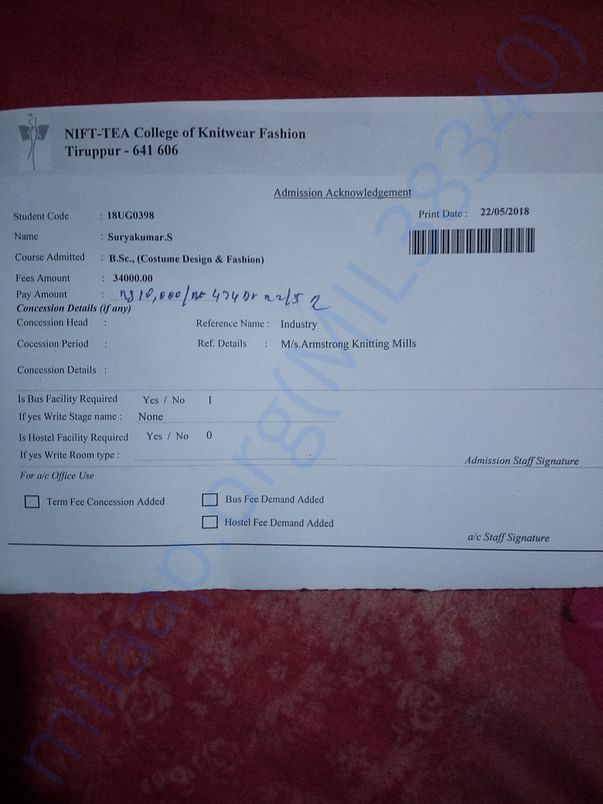 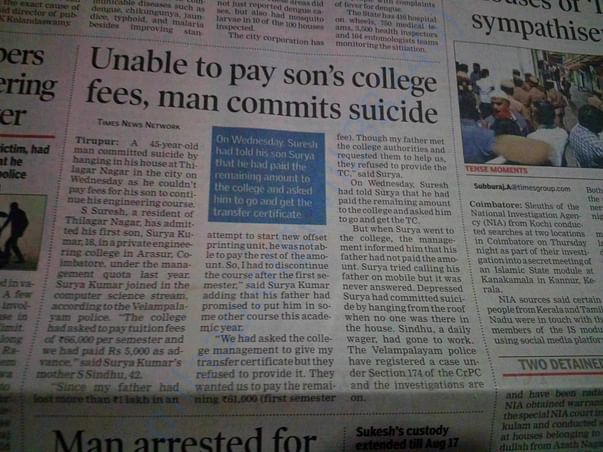 Ask for an update
Donated to this campaign via Paytm or bank transfer? Click here if you have not received an email confirmation from Milaap.
I have collected money for my first semester fees thank you for donors thank you for helping I got money for my studies by my relation tomorrow College is going to start I'm going thanks for help
I already paid the fees 10000 by my own savings and i have reqested 89 dollars its enough for getting the admission . after withdrawn the amount i will pay the amount of 5 thousand , I have to collect money as soon as possible. coming 25th June college will be started call letter has been issued thank you for the love and support.
Dear Supporters,

I already paid the fees 10000 by my own savings and i have reqested 89 dollars its enough for getting the admission . after withdrawn the amount i will pay the amount of 5 thousand , I have to collect money as soon as possible. coming 25th June college will be started call letter has been issued thank you for the love and support.

Regards
Donate
Report fundraiser
See how thousands are crowdfunding for their causes on Milaap
Content Disclaimer: The information and opinions, expressed in this fundraiser page are those of the campaign organiser or users, and not Milaap.
If such claims are found to be not true, Milaap, in its sole discretion, has the right to stop the fundraiser, and refund donations to respective donors.

All the best bro .. We people are here to help you .

All the best bro .. We people are here to help you .

You are sending a message to
surya
Go back 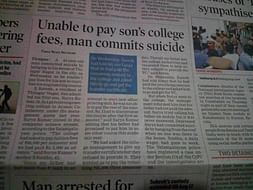