13 years old Riddhima Paul needs immediate Spine Correction Surgery | Milaap
This is a supporting campaign. Contributions made to this campaign will go towards the main campaign. 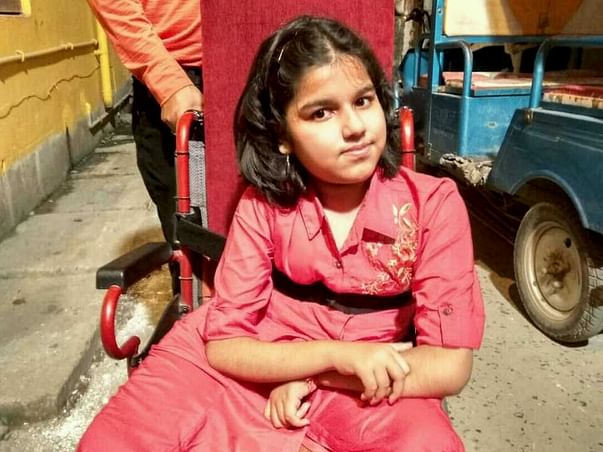 Riddhima Paul is daughter of Rajib Paul, a police constable and Arunita Paul, a housewife. Born on 5th November 2005, Riddhima Paul was an active child for initial few months but when she missed her 6 months growth milestones, her parents got worried. They immediately brought the same to notice of her pediatrician but the doctor was of the opinion that there was nothing wrong in her as the baby could smile, cry, stare normally.

When Riddhima reached 16 months and there were still no movements in her limbs, her parents took her to Kolkata. There they met Dr. Apurba Ghosh and after a series of medical examination, Riddhima was diagnosed with SMA (Spinal Muscle Atrophy). When Riddhima turned 4 years old, her parents took her to Bengaluru where again after series of medical examination; she was confirmed as SMA Type 2.

Despite her medical condition, she attends school on a wheelchair and has been a brilliant student securing the top position in class till now. She is a student of Class VII and her penchant for story books, playing chess, and painting, composing poems and reciting them has already drawn the attention of many.

What is Spinal Muscular Atrophy?
Spinal muscular atrophy (SMA) is an inherited autosomal recessive neuro-degenerative disease. It is characterized by the loss of specialized nerve cells called motor neurons in the spinal cord and in the part of the brain that is connected to the spinal cord (the brain stem), leading to progressive muscle weakness.
Motor neurons control voluntary muscle movement, including those of the arms, legs, chest, face, throat and tongue. The loss of motor neurons leads to weakness and atrophy in these muscles. Fundamental activities using muscles, such as walking, sitting up, controlling head movement, breathing and swallowing, can be affected by the disease. Movement progressively becomes slower and over time, and the ability to control voluntary movement may be lost completely.

Symptoms usually appear between 7 and 18 months of age. Parents will likely notice that milestones such as sitting are delayed. Eventually, some of these children will be able to sit without support, but many will not. Symptoms for SMA type 2 vary among patients, but generally include muscle weakness and poor muscle tone, with the legs being weaker than the arms. Some children may experience difficulty in swallowing, and an increased susceptibility to respiratory tract infections.
Scoliosis (curvature of the spine) and deformities of the hands, feet, and chest may also develop. Approximately 70% of the children with SMA type 2 do not have deep tendon reflexes, affecting joints and reducing movement of the limbs, and many have tremors affecting the fingers.

As mentioned above, SMA Type 2 patients might develop Scoliosis; Riddhima too has developed scoliosis to the extent that it needs surgery to correct the spine. Doctors at Park Clinic, Kolkata has advised immediate surgery to prevent the condition to deteriorate further. Since it a complex operation, the doctors have decided to perform the surgery on 13th December 2018 and then on 20th December, 2018.

Estimated cost for the surgery as advised by hospital is around 10 lakhs and there might be some other expenses after the surgery like post-operative care etc.

Supporting a kid with a rare genetic disease involves great emotional strength and a lot of money. Rajib & Arunita have another child to maintain and Riddhima’s routine checkup, medicine or physiotherapy is already a considerable portion of his father's income.

UPI: rzpy.givetomlpriddhima002@hdfcbank (Copy to clipboard)
Or
Click here to read the instructions before you make a bank transfer. 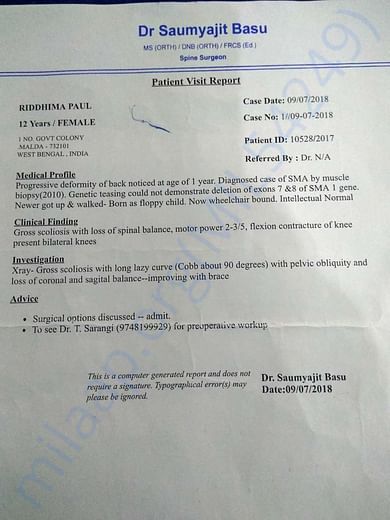 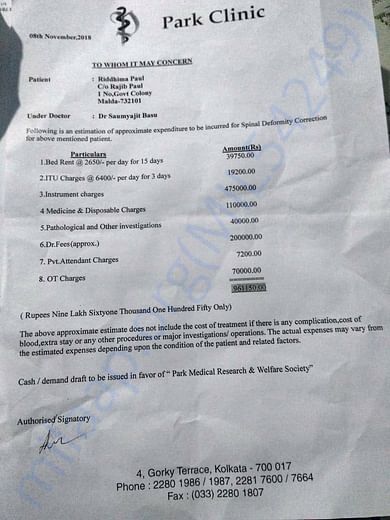 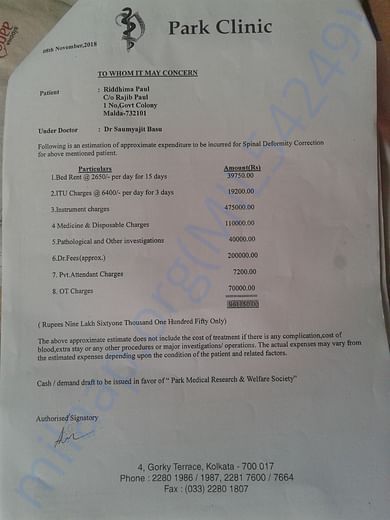 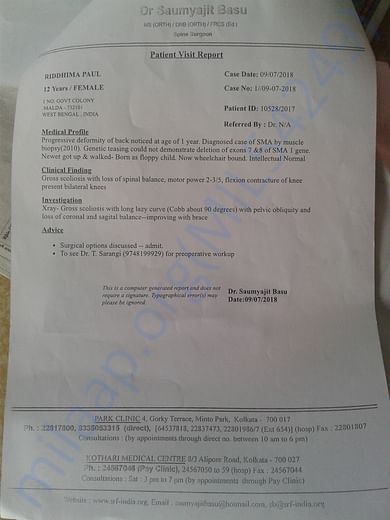 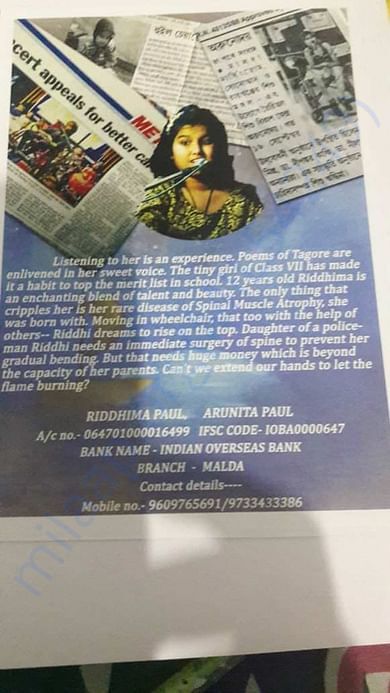 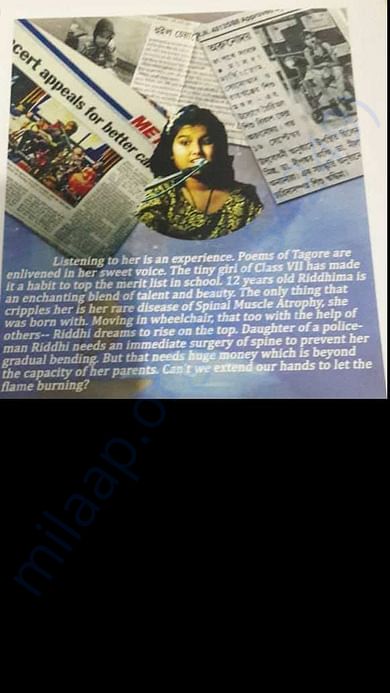 UPI: rzpy.givetomlpriddhima002@hdfcbank (Copy to clipboard)
Or
Click here to read the instructions before you make a bank transfer.

MA
You are sending a message to
Mashhood Ahmad
Go back 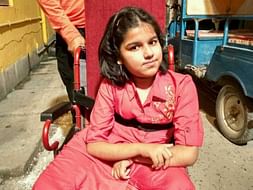