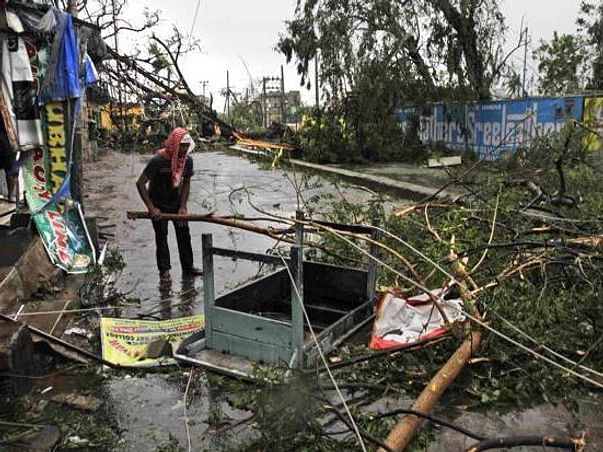 Share
The intensity of the cyclone is likely to sustain for six hours after making the landfall at Tamil Nadu coast. Heavy rainfall is expected heavy at a few places over Tamil Nadu & Puducherry. Extremely heavy falls at isolated places is also likely over Cuddalore, Nagappattinam, Karaikal, Tiruvarur, Thanjavur, Pudukkottai, Tuticorin and Ramanathapuram districts. In south coastal Andhra Pradesh, rainfall is expected at most places with heavy falls at isolated places in Nellore and Prakasam districts. In Rayalaseema, rainfall is expected at most places in Chitoor district.
People in these areas are very much affected , they have lost their homes , lives etc.,. Due to this many diseases are spreading all over the delta places. people are getting food to eat. they are suffering in hunger. Mainly Electricity Have been cut For more than two weeks .

I Raisisng  These Funds to buy foods, Medicines, Clothes  to
Help Delta Peoples Who ere affected By Gaja Cyclone .