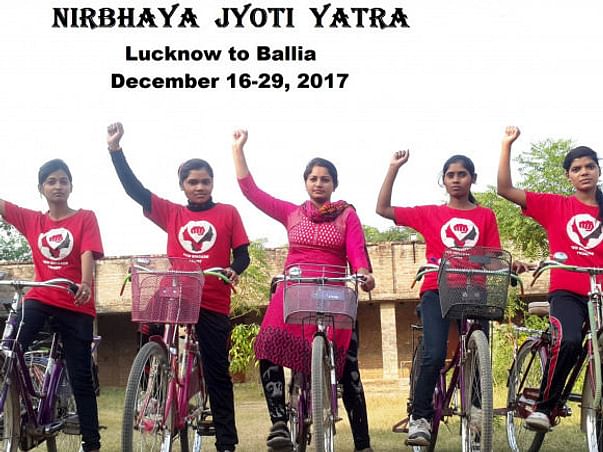 In the memory of Nirbhaya, Red Brigade Trust is going to organize a yatra to spread awareness on violence against women.

The brutal and fatal gangrape of Damini/ Nirbhaya in Delhi on Dec 16th, 2012 raised nation-wide anguish, anger, and protest. The Braveheart, after fighting for 14 days, finally gave up her fight on Dec 29th, 2012. As a tribute to Nirbhaya and many such Bravehearts, Red Brigade has started 14 days of activism to raise awareness on Violence against Women, Women Safety, and other related matters. Since 2013, Red Brigade takes up different women-related issues each year to attract the attention of the general public, media, and Govt. and get them resolved.
This year, Red Brigade has decided to start a yatra/march in association with Nirbhaya Jyoti Trust, New Delhi (founded by the parents of Nirbhaya) through bicycles and car from Lucknow to Medaura Kalan (the village of Nirbhaya), Ballia, covering a distance of about 700 kms. The campaign will start on Dec 16th, 2017 in Lucknow by paying homage to the brave girl and the Yatra will begin on Dec 17th, 2017 from 1090 Chauraha, Lucknow. Nirbhaya's parents will flag-off the Yatra on Dec 17th, 2017 from Lucknow and will also join us in the closing of Yatra on Dec 29th, 2017 at Medaura Kalan, Ballia.

The approximate budget for this “Yatra” is Rs.2,80,000/- which would include all expenses including the cost of 10 bicycles, traveling, lodging, food, posters, banners, etc.
In the 14 days campaign, 15 girls will participate and spread awareness on different forms of violence against women. They will also talk about how to prevent/ escape from them. In this Yatra, Red Brigade aims to reach and communicate at least 14000 people through street plays (Nukkad Natak), songs, public debate, etc. To reach different age groups we would be visiting different schools, colleges, organizations, markets of the villages/towns/cities.
The Yatra will cover Lucknow, Mohanlalganj, Bachrava, Rai Barelli, Janvamau, Pratapgarh, Allahabad, Gyanpur, Bhadohi, Nagepur, Jayapur, Seergovardhan, Varanasi, Sarnath, Kaithi, Mardah, Mau, Bajhan, Fefna and Medaura Kalan.

It has been decided to donate these 10 bicycles to the participants so that they can further aware other girls (including survivors of sexual abuse) on women safety, education, and empowerment.
We appeal to all of you to please donate us generously so that we can achieve the abovesaid goal. Please help us in making the country a safer/better place for girls/women. 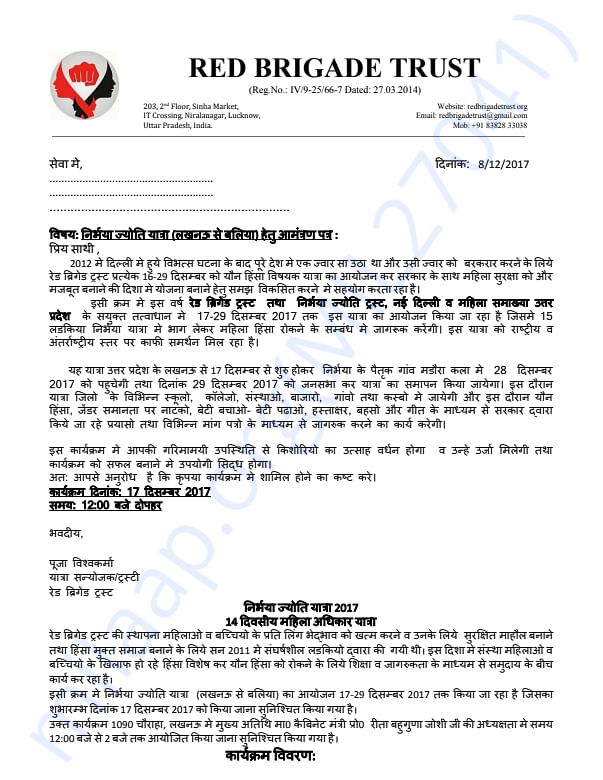 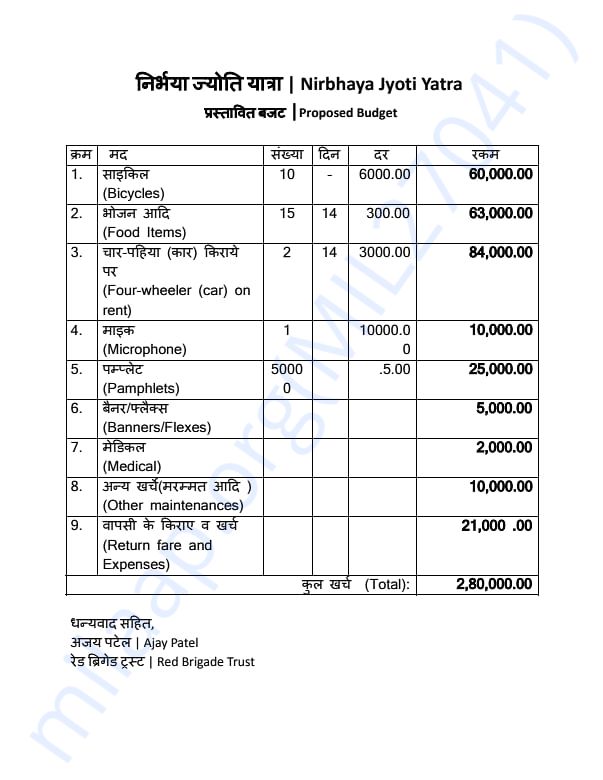 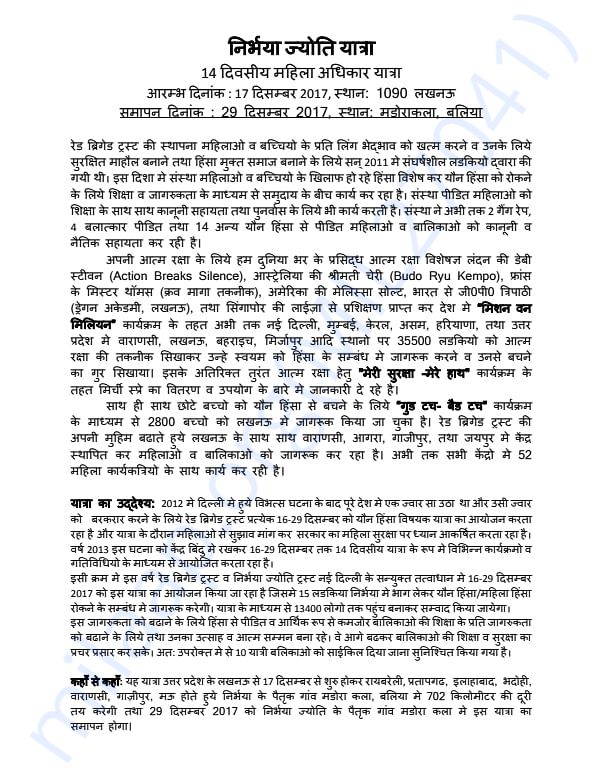 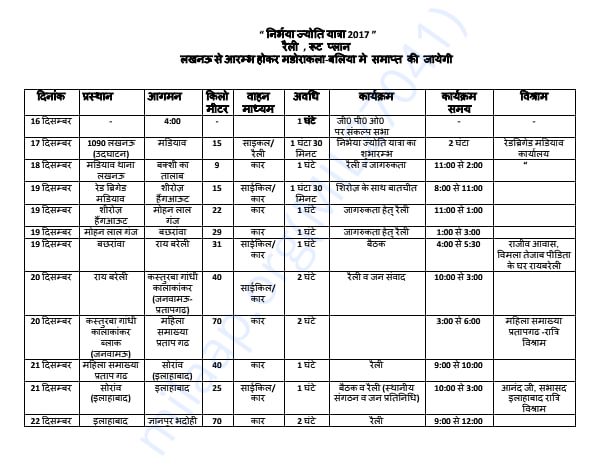 The campaign was to organize a Bicycle March from Lucknow to Balliya from 16th December the date when Nirbhaya got raped, till the date when she died.

We have successfully executed the event.

We purchased bicycles, rented car,  acquired food and lodging for the break journey, needed banners, microphones, etc. The budget breakup document is already there in the campaign detail.
Donate
Report fundraiser
See how thousands are crowdfunding for their causes on Milaap
Content Disclaimer: The information and opinions, expressed in this fundraiser page are those of the campaign organiser or users, and not Milaap.
If such claims are found to be not true, Milaap, in its sole discretion, has the right to stop the fundraiser, and refund donations to respective donors.

You are sending a message to
Red Brigade Trust
Go back 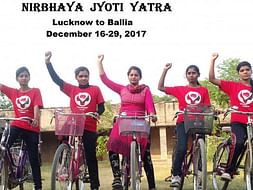