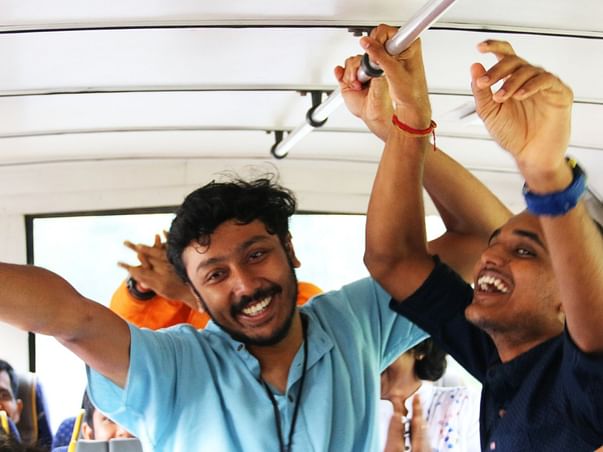 Share
Prashanth Ramesh is a hatha yoga teacher whose ambition in life is to reach out to as many people as possible and spread the tools of joy and well-being to anyone and everyone who is in need. He is a kind and a gentle soul whose sense of calm, an everlasting smile and a willingness to keep himself aside to help those who reach out to him has touched so many lives.
But today, Prashanth needs you. He needs us.
Prashanth suffered from an Internal Cranial hemorrhage on 23rd of April and is currently making a speedy recovery which would not have been possible without the support of every kind soul out there praying for him but he still has a long way to go before he is up on his own two feet again and reaching out to many more in need. The bleeding in his brain is suspected to be from AV malformation, a blood vessel problem that is notorious to cause bleeding in young men.
Though the bleeding is now contained and the pressure in the brain has been relieved through surgery, he will be needing at least one more surgery to address the root cause of this. Apart from this, he is experiencing a few complications in his body such as a collapsed left lung due to fluid pooling in the lung making it difficult for him to breathe on his own, a bacterial infection he is currently being treated for. The hemorrhage was in the left side of his brain and how much it would impact his speech, memory or cognitive skills and what procedures would be needed to address these issues if any is still unknown.
The treatment so far has already cost over 6 lakh Indian Rupees and even if everything goes smoothly as expected, the recovery process would be painstakingly slow and we want to make sure to support him and his family(parents and his sister who are watching over him every second holding their breath) through all this by raising 20 Lakh Indian Rupees (28,874 USD) to cover the subsequent procedures and the needed care. We have set up this fund in the hopes of raising money to help Prashanth have his life back. Please help by supporting him through this journey...every thought, every prayer and every gesture counts