This 2-Year-Old Has Lost One Eye And May Lose Another To Cancer | Milaap
This is a supporting campaign. Contributions made to this campaign will go towards the main campaign.
Milaap will not charge any fee on your donation to this campaign. 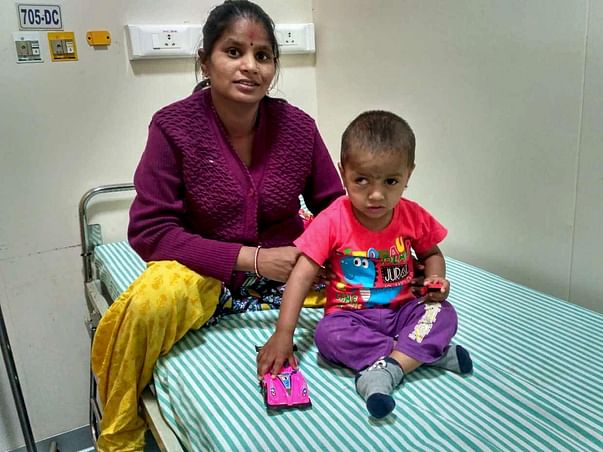 Ramesh is barely 2-years-old and is at the risk of completely losing his eyesight if he can’t continue his treatment. He has already lost vision in his right because of eye cancer. Ramesh has started chemotherapy to prevent the tumour from spreading to his left eye, but his father, Hanumanth, is finding it difficult to continue his treatment. Ramesh needs chemotherapy to save his eye.

“He’s our only child. We were so happy to start a family when Ramesh was born, but our happiness was so short lived. When I saw that his eyes were red, I thought it might be a regular infection. I never thought that it would be cancer. We're now afraid that he will live in darkness forever."

“My baby can’t even talk yet and he’s going through so much. He hasn’t known a life beyond hospitals, injections and medicines. He cries because he doesn’t understand what’s happening to him. He’s a very brave child though. When my baby is fighting so hard to beat cancer, how will I ever forgive myself if I’m forced to stop his treatment?” 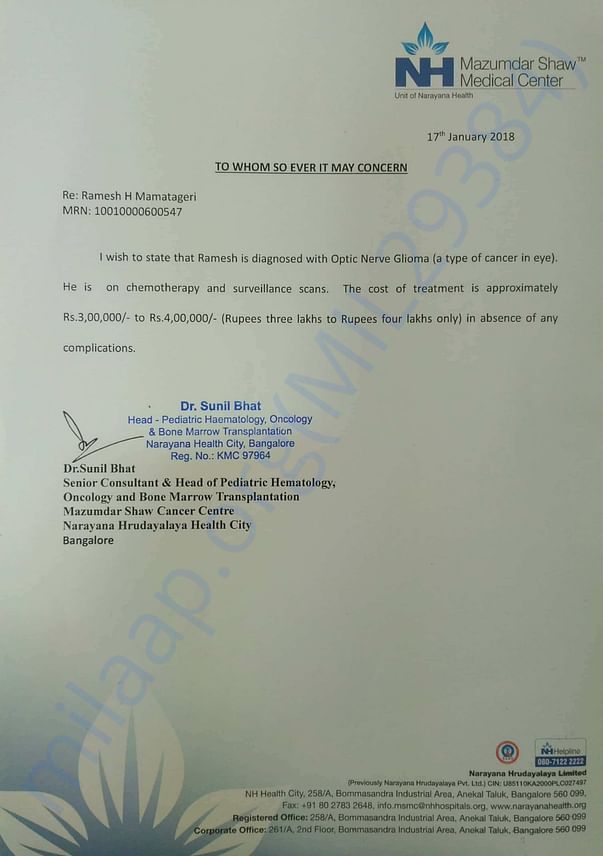 Here's an quick update on Ramesh. He is doing ok and is currently at home. She comes for his regular follow ups.

We would like to inform you that Ramesh has completed his chemotherapy treatment and is on regular follow up. He is showing signs of recovery. We will keep you posted on his condition further.

Ramesh is still on chemotherapy and he is showing signs of recovery. We will keep you posted on his condition further. 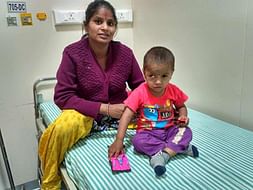