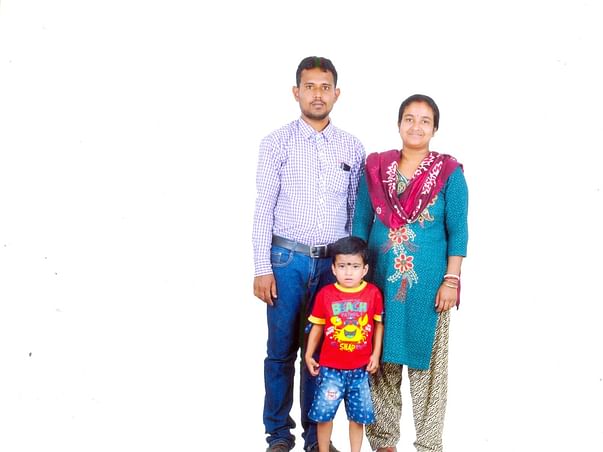 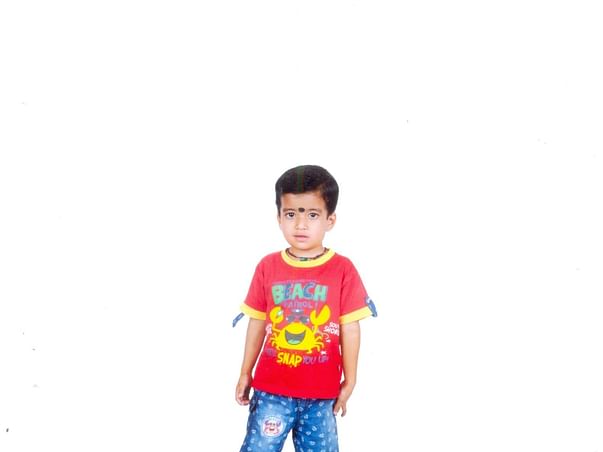 Share
When you have a child, you worry about the things that happen to a child once he comes into this world. It never strikes you that he might be hurt even before he is born.
3-year-old Raj Acharjee was born with an unfortunate affliction where both his kidneys were swollen due to blockages that prevented urine from flowing to the bladder. In most cases, this condition resolves itself with time after birth. Raj’s condition showed no improvement with medication due to which he needs a reconstruction surgery to relieve him of excruciating pain from the blockages and restore normal kidney function.

We hoped he would get better

Mithun and Yashoda Acharjee come from Jalpaiguri, West Bengal. They were extremely excited when they discovered they were pregnant. Their nightmare began when the doctor told them that their baby had bilateral hydronephrosis. While it is detectable in pregnancy, Raj’s condition came to light only when he was born. Both his kidneys were swollen because of narrowed urethra at the renal-pelvic junction that causing urine to accumulate instead of flowing down to the bladder. Since hydronephrosis is a common condition in newborns, the doctor suggested they monitor on medicines and come in for regular follow-ups hoping it would resolve like in most cases.

He is just a baby but the pain doesn’t care

Raj is now 3 years old suffering with searing pain in the abdomen because of his blocked kidneys. He is unable to urinate, and has severe fever. When he began to faint very frequently, the parents rushed to the hospital in Siliguri, where the doctors suggested they consult at Narayana Health, Bangalore.
After a thorough examination, the consulting pediatric surgeon at NH suggested a Pyelopasty (a surgical reconstruction of the renal pelvis to drain and decompress the kidney) as a treatment option. It is the only way to ensure that Raj has a healthy kidney function before they get completely damaged due to his condition. Ever since they have been moving around to get help for their son, the steady income also stopped.

If we only had the means to help our baby

Mithun is a private chauffeur for a businessman earning just Rs. 2,800 a month, while Yashoda takes care of the household and the family. Ever since they have been moving around to get help for their son, the steady income also stopped. Mithun’s employer was kind enough to help the family with the initial medical expenses amounting to Rs. 10,000 as they had no savings to pay the bills or buy medicines.
“Everyone is trying to be supportive for us because they can see how such a young child has been suffering, and how we are struggling to get him treated. Our neighbors loaned us money to come here for his treatment. A relative arranged for us to stay in a guest house. But, even together, we are not able to come up with enough to relieve his pain.”

Please save our son

The estimated cost for this surgery is Rs. 1,60,000. The family is unable to afford this amount due to their poor economic status. They are relying on your contribution to pay for the surgery that can save Raj's life.
Yashoda is heartbroken about her son’s condition. “He keeps crying all the time. I can’t even imagine how it is for him. He is not even able to urinate. He doesn’t talk at all, only cries in pain. I’m so worried for him. I am scared that I will lose my son to this.”
Donate now to help these parents relieve their little boy of a lifetime of pain.