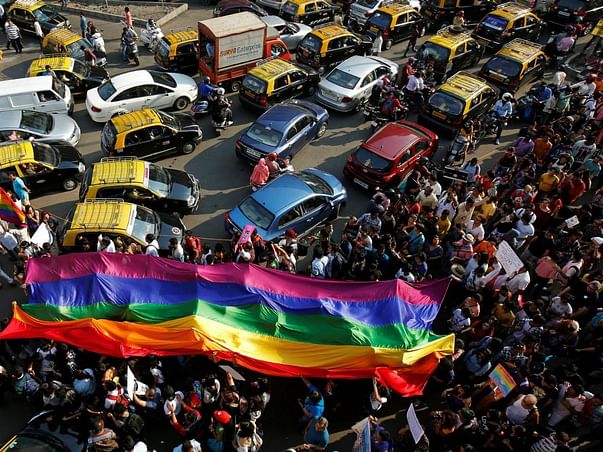 For a decade, the queer community of Mumbai has marched down the streets to ask for constitutional rights and to be recognized as equal citizens of this country, fondly known as Queer Azaadi March or Mumbai Pride. Every year we march in protest, demand, remembrance, and celebration of queer lives on the first weekend after Republic Day.

We are planning Pride with a larger than ever march and a month-long celebration expressed through dance, art, drama, spoken word events, discussion forums, outdoor games and more. We need your support to do this.

Come join us and celebrate diversity! No hate, no stigma, no discrimination...only the triumph of love!

Here are some FAQs answered for you

WHAT IS ‘QUEER?’
‘Queer’ stands as an umbrella term for non-mainstream sexualities.  Queer people identify physically, romantically and sexually differently from the ‘man-woman’ binary, which is considered ‘normal’. This includes people of the LGBTIA+ community i.e. Lesbian, Gay, Bisexual, Transgender, Intersex, Asexual, and other non-binary genders. This also includes Hijras, Jogappas, Kothis, Panthis and other gender identities who are culturally and behaviourally recognized in the Indian subcontinent.  While the term ‘Queer’ was originally used as a derogatory slur in the United States, queer communities globally reclaimed the word with much pride and self-respect!

Members of the queer community often face discrimination and are considered ‘abnormal’ while doing little more than being themselves. Queer individuals often face unacceptance, ridicule and other forms of bullying that would be considered unacceptable and violent to ‘normal’ or heteronormative people. The queer community stands against this systemic oppression, and believes in educating, spreading awareness, supporting and furthering the idea of a larger world where we can tolerate and accept all kinds of people. The queer community also recognizes and works towards continuously understanding the ways in which caste, gender, indigeneity, religion, class, and other identities also shape our personal and collective experience of queerness.

WHAT IS QAM?
Queer Azaadi Mumbai (QAM) is a collective of individuals and organizations who have voluntarily taken the lead for strengthening the voice of the community on various fronts. We organize various events aimed at advocacy, sensitization and increasing awareness about the need to give queer individuals their human rights and social dignity. Many key Non-Government Organisations & scores of voluntary individuals form QAM.

WHAT IS QUEER AZAADI MARCH?
Queer Azaadi March, also known as Mumbai Pride March, is a political assertion, an expression, a voice, a celebration, and a platform to demand for the rights of Queer individuals conducted in the form of an annual Pride parade in Mumbai that was initiated on August 16, 2008.


WHY IS PRIDE NECESSARY?
Despite the landmark judgement on section 377, countless queer citizens in this country are discriminated. The queer community faces discrimination beyond freedom in the following ways:

UNSCIENTIFIC AND INHUMANE CONVERSION ATTEMPTS
Though it has been established that being LGBTIQ is not a disease, conversion therapy, corrective rapes and forced marriages are still practiced around the country with the intent of "curing.” Our Indian society considers marriage an essential part of someone’s life and our families put tremendous pressure on individuals to marry a person of the opposite sex, irrespective of queerness. This familial and societal pressure is traumatic, to say the least, and often even fatal. Pride voices out against all such forced marriages that violate the rights and dignity of queer individuals.

DISCRIMINATION OF NON CIS-GENDERED PERSONS.
With the resolution of Article 377 of the Constitution, there is an urgent need for gender neutral language in the proceedings of the courts, and every policy, agenda, and law of the country has to address the questions posed from a queer lens. The Transgender Persons (Protection of Rights) Bill 2016 offers no “protection” and actively threatens the Right to Life and Dignity of the transgender, intersex and genderqueer persons and communities in India. There is an urgent need for the government to recognize the flaws in the current bill.

CITIZENSHIP RIGHTS OF QUEER PERSONS
Everyone deserves the right to equal citizenship and equal opportunity, and to be denied that on the basis of forced categorization into ‘male’ and ‘female’ directly contradicts our constitutional freedoms and human rights. For many queer persons, it becomes mandatory to deny their original identity even in larger government schemes such as Aadhar. This often also leads to larger crises with families, communities and personal identity. Given the historical violence and marginalization the queer community has faced, Pride stands with every queer individual in their march towards equal citizenship.

IMPLEMENTATION OF SUPREME COURT's RECOMMENDATIONS FOR ADVOCACY BY THE GOVERNMENT
It is not enough to pass laws for queer rights - the government must ensure that these laws are implemented at the grassroots level. Pride would like to work with the government to implement advocacy as suggested by the Honorable Supreme Court. With the doing away of Article 377, the Government now needs to introspect and take responsibility towards sensitizing and building awareness about the queer community among its citizens. This will help bring in acceptance towards queer individuals; people who want freedom from violence and hate within families, in educational institutions, at places of work and in public spaces.

We recognize that we are the tip of the iceberg that is the queer community. Most of the queer community in India is still invisibilized due to the lack of access to such spaces, which are mostly urban and where English is the primary mode of communication. Queer folks whose lives are on the axis of multiple marginalities such as caste, indigeneity, religion and class struggle with access to even the basic necessities such as healthcare, education, livelihood, economic and social security. We recognize the enormous struggle that lies ahead of us and the need to support resistances that work towards equality.

WHAT TO EXPECT AT MUMBAI PRIDE 2019?
The theme for Mumbai Pride 2019 is ‘Pride For All’.
It’s been a while since the queer community in India could celebrate its queerness and not be considered criminal. This year on, that changes. While the QAM MUMBAI PRIDE shall celebrate #PrideForAll this year, our emphasis will be on not just the LGBTQIA+ community in itself, but also the many facets of intersectionality that affect the very fabric of our society. The apex courts of the country may have decriminalized homosexuality, but we have a long way to go in becoming a less judgmental, more accepting, society!

At the upcoming Pride March, we welcome the LGBTQIA+ community and it support systems and allies to explore, educate, reclaim, empower and celebrate everybody who faces discrimination based on an actual or perceived membership to a certain group or social category. This discrimination could be on the basis of racism, indigeneity, sexism, cissexism, homophobia, transphobia, ableism including psychiatric labels, audism, class inequity, and religious intolerance. The intersections between these many social identities we all carry must shine through and be understood by each other to make this Pride as inclusive as we can possibly make it.

WHAT WILL THE FUNDS BE USED FOR?
Here are some of our requirements where your funds will help us:

WHAT BESIDES THE MARCH?

Right from protests against the insensitive depiction of queer individuals in media to organizing community events that addressed awareness issues to initiating a review process for march organizing through surveys & beginning innovative fundraising initiatives, QAM has remained on the forefront of many such activities through these years.

It’s that time of the year when the LGBTQIA+ community of Mumbai gets buzzing with PRIDE MONTH activity: with workshops, movie screenings, talks, presentations, art, outreach programs and of course, the QAM MUMBAI PRIDE MARCH, 2019, we are excited AF!

UPI: rzpy.givetomlpqueeraza001@hdfcbank (Copy to clipboard)
Or
Click here to read the instructions before you make a bank transfer.

Donated to this campaign via Paytm? Click here if you can’t find your donation listed below.
HU
Himanshu donated Rs.190

With love and solidarity!

Donated to this campaign via Paytm? Click here if you can’t find your donation listed below.
HU
Himanshu donated Rs.190

With love and solidarity! 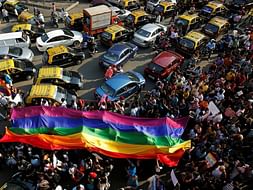