PREMATURE TWIN BABIES NEED HELP | Milaap
This campaign has stopped and can no longer accept donations. 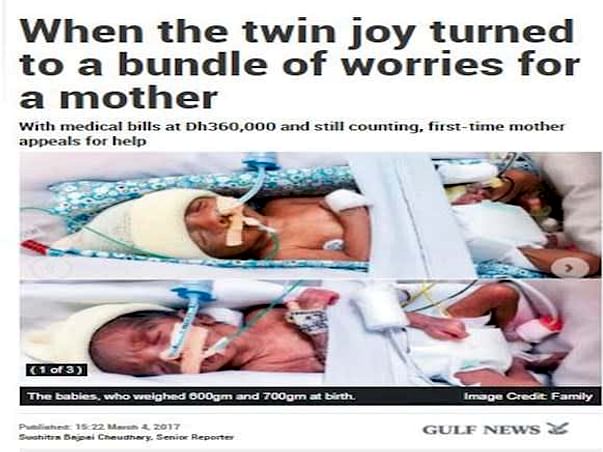 A young first-time mother Pearl Monteiro has appealed for help to meet the medical expenses of AED 490,000 (87,00,000 in Indian Rupees) for her twins born prematurely in the 6th month of her pregnancy at Latifa Hospital in January.
Due to severe bleeding ( placenta previa ) I was admitted in the hospital in my 5th month of my pregnancy and was advised by doctors to be in hospital till the end of my delivery, however on 11th of Jan I had another instance of severe bleeding and doctors had to rush me for an emergency c-section.
My babies ( girl and boy ) were born at 700 and 800grams respectively and were admitted to the Neo-Natal Intensive Care Unit (NICU) of Latifa Hospital for over two-and-a-half months and the basic charges for NICU were approximately Dh3,500 (Approx 62,000 in Indian Rupees)  per child per day.
I  had health insurance and hoped that it would cover the hospital stay and charges. But the insurance only ended up covering AE 300,000 ( 53,50,000 in Indian Rupees)
I request all, please do help out in whatever way you’ll can. Even a small contribution will go a long way in helping the two little twins
Baby Girl 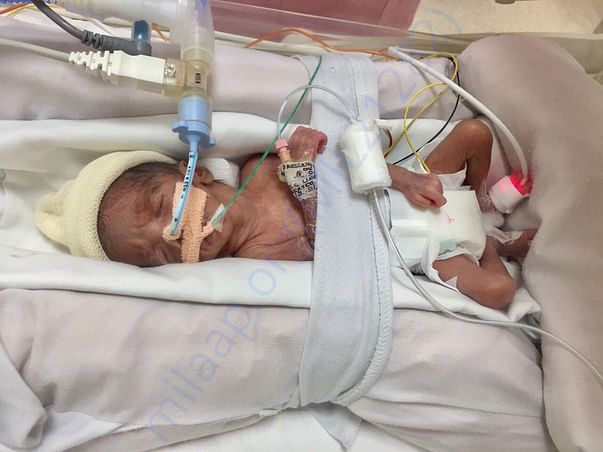 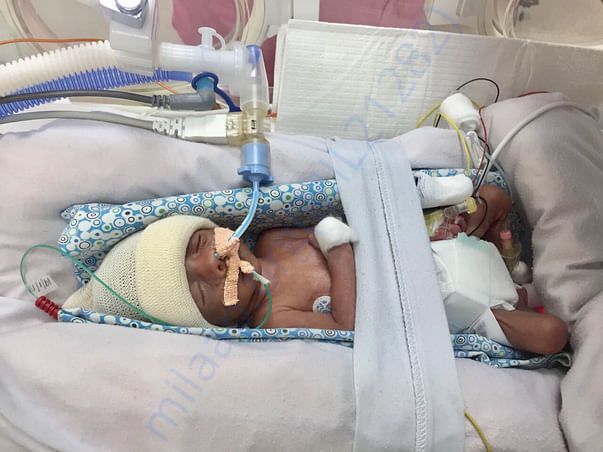 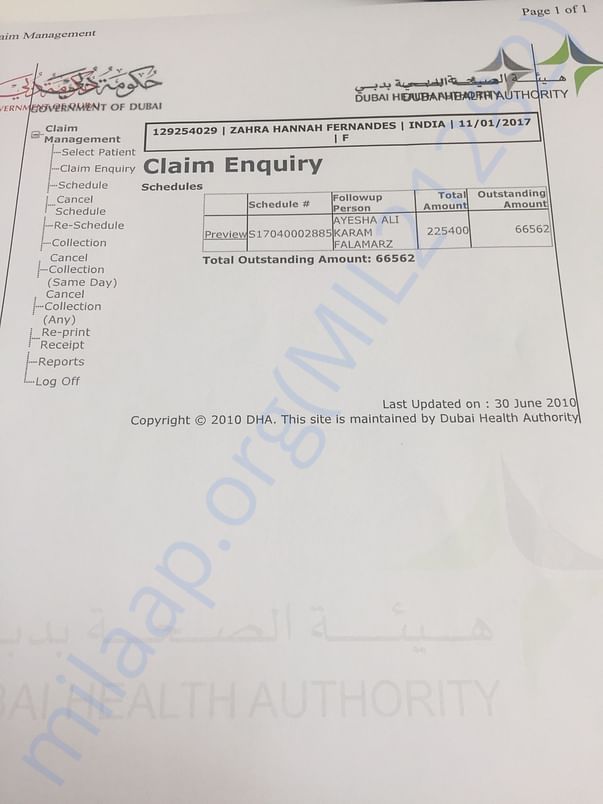 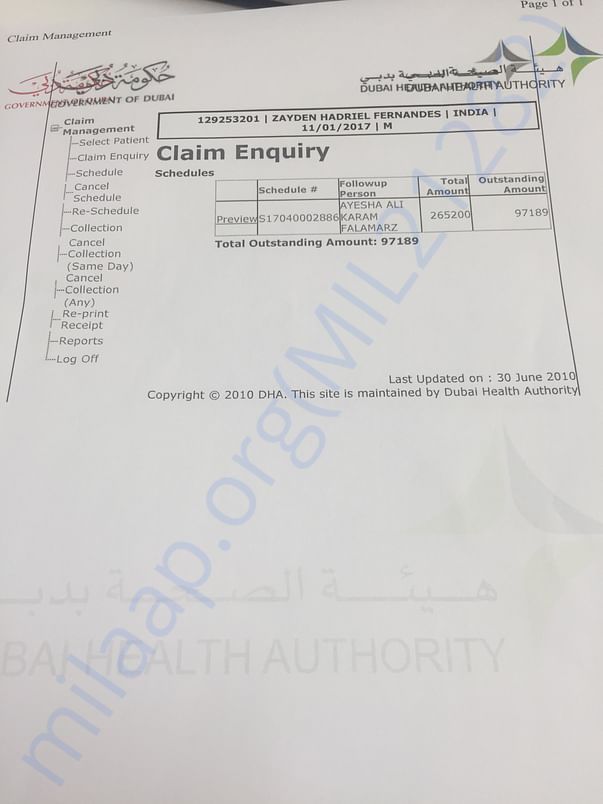 Thank you for your generous contributions towards the treatment of my babies.

The funds raised will help me to pay the hospital expenditure towards the huge outstanding bill. My babies are doing good health and growth wise, continue keeping them in prayers.

Thank you, everyone, for your generous contribution.
By gods grace and everyone's prayers, my babies are recovering and doing good health wise.
They are catching up on their weight and now are 10 months old and development wise also they are doing good. However, they will be a little slow compared to normal 10-month-old babies.
With the funds I have received I I am paying this towards the outstanding hospital bill.

Donated to this campaign via Paytm? Click here if you can’t find your donation listed below.
A
Adel donated Rs.3,000

God bless both of them!

Donated to this campaign via Paytm? Click here if you can’t find your donation listed below.
A
Adel donated Rs.3,000

God bless both of them!

You are sending a message to
pearl monteiro
Go back 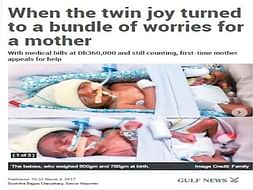