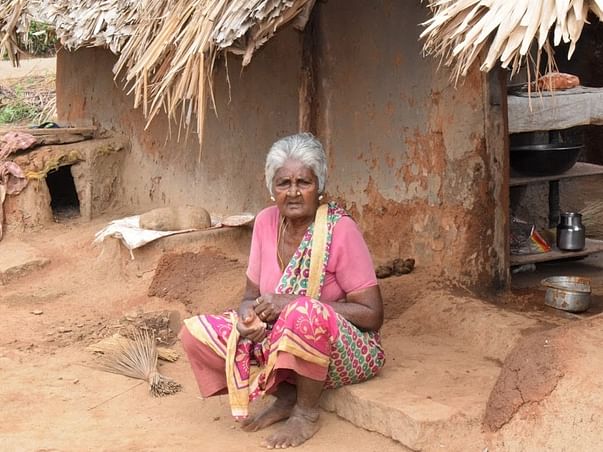 The Gaja cyclone was a major tragedy that struck the state of Tamil Nadu on 16th November 2018. Many of the coastal and delta districts of the state were left devastated in its wake and a trail of destruction across the districts of Cuddalore, Nagapattinam, Ramanathapuram, Thiruvarur, Thanjavur, Trichy, Pudukkottai, Dindigul and Puducherry have been recorded. The devastation suffered by tens of thousands of people of the State has been severe, going well beyond the annual storm season losses. It is clear that the suffering, the loss, and the displacement in large parts of Tiruvarur, Nagapattinam, Thanjavur and Pudukottai districts is of an enormous magnitude.


Photo credits: GMF
Gaja cyclone has resulted in the destruction of roofs of many houses, breaking household items and injuring a lot of people.

Gramalaya Microfin Foundation, one of the field partners of Milaap, is working in Viralimalai, Kunnandarkoil and Annavasal blocks of Pudukottai District, Tamil Nadu. Around 3000 houses have been damaged. Roofs of houses made of tin and asbestos sheet flew away; those made of tiles broke and collapsed inside the houses injuring many people. In a gist, houses have collapsed, agricultural lands lie ruined, water sources are contaminated and electricity supplies remain disrupted. Many areas remain inaccessible because of fallen trees blocking the roads. The cyclone has crippled agriculture and hence based livelihoods, felling thousands of productive plantations of coconut and banana and killing livestock. Unlike paddy or many other crops, bringing coconut and banana plantations back to life will take years. In Pudukottai district alone, over 5 lakh coconut trees have been destroyed.

GMF borrowers from the village of Veerakudi, in the district of Pudukottai, have also been hit by the cyclone. Akkiniyammal, aged 65, is one of the sufferers from the same village. She works as agricultural labour like many of her village people. "Part of the roof fell over, half of it got blown away with the winds", she said. She and her family have been staying under a tree outside their broken house.

Maruthambal, aged 34, lives with her extended family of 13 members in three houses adjacent to each other. "The tiled roof of the houses fell onto us. We somehow stayed inside the toilet till everything was calm", she exclaimed.

Maruthambal's house with a broken roof and the toilet where her family of 13 members and two goats spent the stormy night.

Lakshmi, another member from the same village, lost all of her property in the storm. She is a single mother and is taking care of both her mother and her teenage daughter. "I just recently finished building this house but the storm blew away the roof, broke all the household items and has left me where I had started", she said.

Gramalaya, being one of the major supporting organizations in these areas, has been helping the Gaja victims in these areas with food and water packets, clothing and other necessary utilities. The organization has decided to raise a campaign of INR 15 lakhs to help the people in Veerakudi and neighbouring villages rebuild their houses.

Geetha Jeganathan (CEO, Gramalaya Microfin Foundation) says, “there are more than 3000 houses that have been completely destroyed. Each house would require at least INR 40,000 to rebuild it from scratch.” The amount raised would be used for the purpose of rebuilding the houses and cow sheds. They would also take care of reviving the agri-fields and help start people’s livelihoods again.