This 7-month-old baby needs an urgent liver transplant | Milaap
This is a supporting campaign. Contributions made to this campaign will go towards the main campaign.
This campaign has stopped and can no longer accept donations. 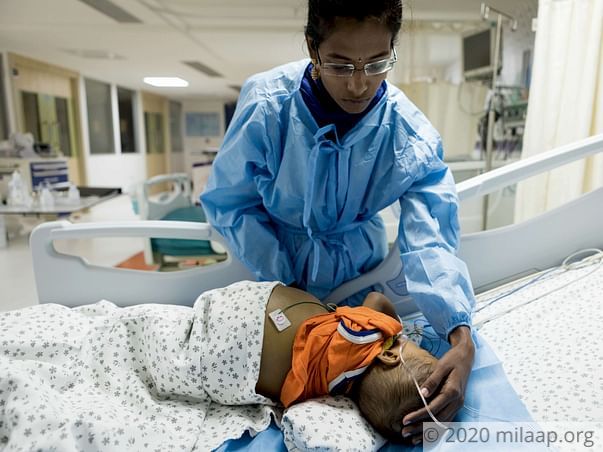 “I don't have the strength to carry him anymore. My 7-month-old baby weighs 9kgs. I can only stare at him as he lies on his back struggling to carry his own weight.” - Srilatha, Likith's mother.

Even the comfort of being carried in his parents' arms is no longer possible for Likith. When picked up by his parents, he feels better just for a while. Soon, being held also becomes painful for him and he starts crying disconsolately. Only a liver transplant can reduce the abnormal swelling in his stomach and end this baby's constant agony.

Every happy moment for this baby has come in small snatches

Likith became sick soon after his birth – by the time he was 3-months-old. His bile duct was blocked and he needed an immediate surgery to prevent liver damage. His parents Nagaraju and Srilatha took him to a good hospital in Tamil Nadu. The surgery was a success and little Likhit looked better.

In just another month, he became sick again. His parents took him to a lot of doctors in their hometown Chirala, Andhra Pradesh, but nothing helped. Likith started vomiting. His stool turned white – and worse of all his stomach started swelling up. His parents brought him to Hyderabad in a desperate attempt to save him.


“He was born with yellowed eyes – but he used to be an active baby. He made sounds, trying to call us to him. He moved his hands, he smiled. His illness is wasting him from the inside and he's become so dull. His stomach looks like it is crushing him – he is crying all the time,” says his mother Srilatha.

Likith's liver is completely damaged and his illness has affected his parents too. Srilatha has stopped eating or sleeping in the night. She sits next to Likith and holds his hand. Nagaraju has gone back to Chirala to arrange for the funds so their baby can be treated.


Before he became so sick, Likith liked to make sounds to bring his parents to him

Likith's time is running out and he needs a liver transplant

Liver failure has caused Likith's stomach to swell up and fill with fluid. His weight is more than three times the normal weight for babies of his age. The doctors have told his parents that he needs an immediate liver transplant and there isn't much time. They are on the verge of giving up hope.


“I feed him once in every three hours. But each time I am worried. With how sick he is – I am scared his stomach will swell up more and something horrible will happen. But I know he is hungry too. My mind is torn up about what is the best thing for my baby,” Srilatha says as she breaks down.

Nagaraju works in a small private company in Chirala. Everything he had saved up for his baby's future is spent and he is now knocking on doors for more help. Even looking at their baby is painful now when they know that they can do nothing but ask for help at this stage. 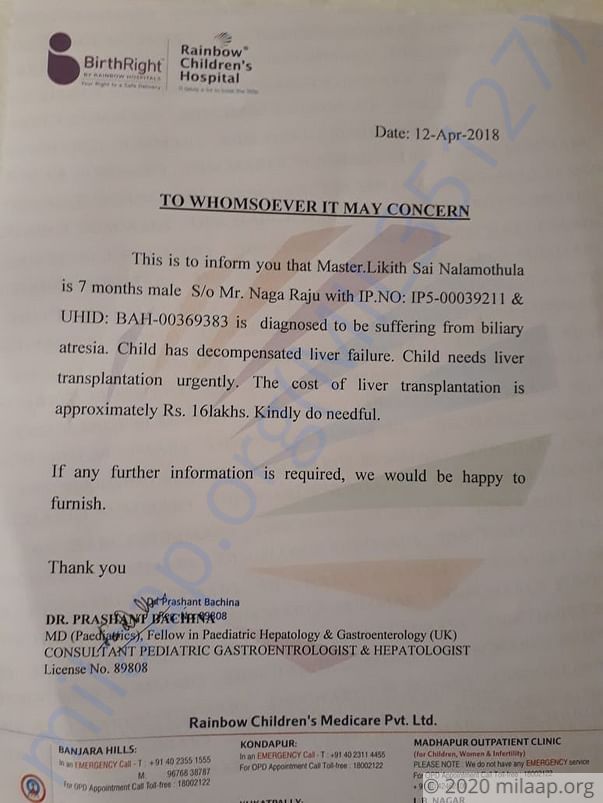 You are sending a message to
Anusuya
Go back 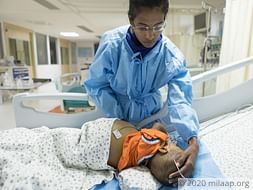