Mr. Sastry here has been diagnosed with Parkinson's at the age of 45, and has lived with it and tried to get on with life as much as possible, being a father and the sole provider of the family; the journey isnt easy.

After continuing with the same medication for a decade, he consulted his doctor who went ahead to change it, but it didn't work, he shifted back to his old medication which did not help either, and was rendered immobile. This took a toll on his mental health as he became dependent on other people for even the basic of human tasks. It affected the family both mentally and financially, a few years ago after much thought and research & seeing many people aged 70 and above living a healthy independent life.

Mr. Sastry underwent a DBS (Deep Brain Stimulation) surgery that helped control the debilitating symptoms of Parkinson's disease such as tremor, rigidity, stiffness and immobility. DBS includes a pacemaker that is inserted into his chest, which includes a battery (6 lakhs was the mrp of the battery).The surgery itself went well, but the after effects that followed included severe depression, hallucinations and behavioral changes .

This shocked the family as there was nothing else to do and as time passed Mr. Sastry's condition worsened, On 4th June 2016 he woke up and realized he was immobile once more; couldn't move a muscle without someone's support and the family was asked to come up with Rs.12,00,000 for a battery that would last up to 25 years on a average;in a matter of days.

Belonging to a middle class background and to come up with such a sum of money is a herculean task for his son, who has just started his career and has a family that is solely dependent on him. The treatment has drained all the finances and sources as well for the overwhelmed family. 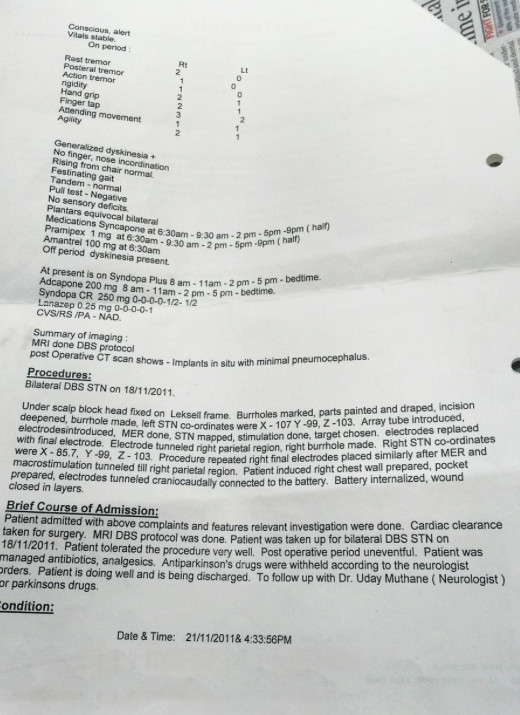 Donate
0%
Be the first one to donate
Need Rs.1,50,000
Card, Netbanking, Cheque pickups
Or Donate using