Save The Unwanted Newborns | Milaap

Save The Unwanted Newborns 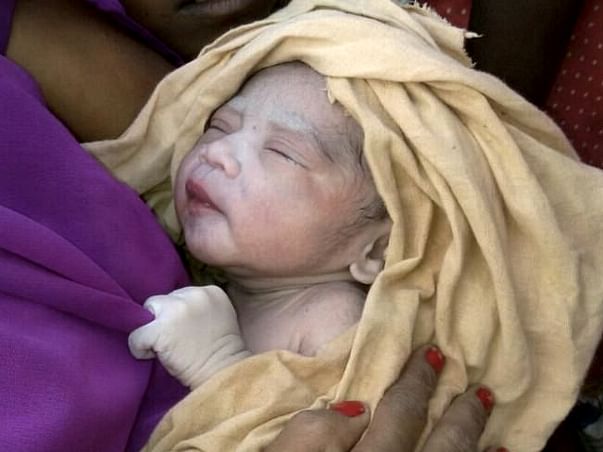 Every year, hundreds of children are buried alive, suffocated to death, poisoned or left to die in abandoned locations.
Those with physical or mental deficiencies are killed, as well as twins, children born out of wedlock or considered to be bearers of bad luck for the community.
The mother may kill a newborn baby, if she is still breastfeeding another or if the sex of the baby wasn’t what was expected.
These are some examples of INFANTICIDE, a new Crime Trend growing alarmingly, but silently.  The newborn babies are being killed brutally and very frequently, but remains un-noticed, un-registered  and  in many cases  un-reported  too.
So we decided to fight against INFANTICIDE  and save these innocent lives. For this, we are trying to create a sense of awareness among the masses through social platforms and Art and Photo Exhibitions. Also, we have launched India's First of its kind web portal paalonaa.in to throw light on INFANTICIDE.
The very finding of an abandoned girl child on Ranchi Railway Station in the year 2015 triggered us in the darting quest to at least give society a glare of hope, that we can fight and curb infanticide.
I request you, kindly come forward and support our cause, so that we can organise more and more exhibitions to reach maximum number of people.  We will  educate them that Abandoning a baby is not the right decision. but if they don't have any other choice, they can surrender their Unwanted Newborn Baby to a Competent Authority. it's a Law provided provision for such parents, who want to disown their babies. Apart from organising exhibitions,  your money will be used to sensitise Police and Media persons through orientation programs, who can play an important role in spreading awareness and  stopping Infanticide. Also the awareness programs will be conducted for the Young Generation, who contribute  most to worsen the situation.
Not only that, We are also trying to make arrangements for the cremation of Abandoned Dead Newborn Babies, who are becoming prey of stray animals these days. Every now and then, we recieve such information from many parts of India.
So I request you, Please have Faith in me and my organisation. When nobody is bothering, we are trying to ensure their safety, preferebly at their own place. Help us to save them.

The Times of India Coverage 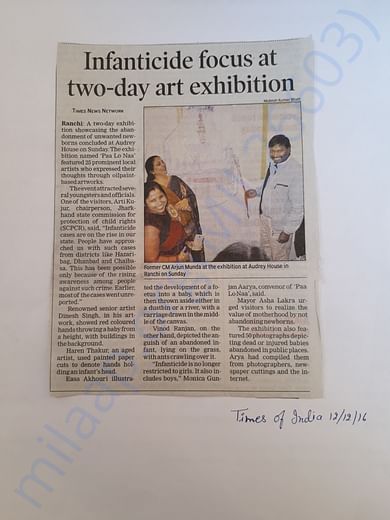 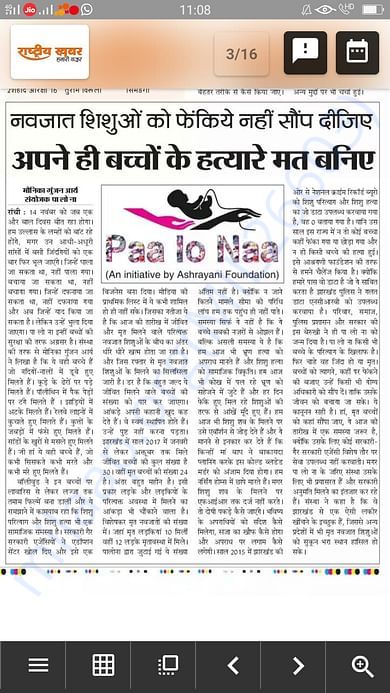 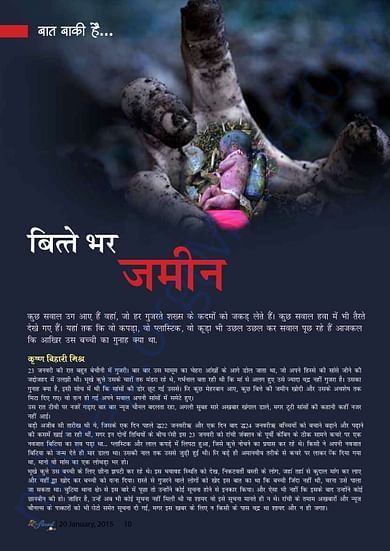 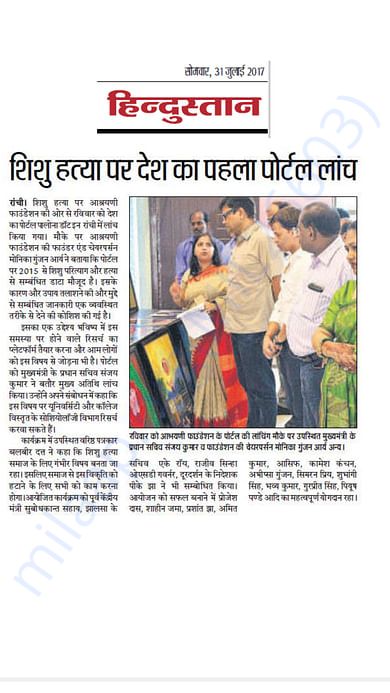 An Appeal of An Innocent Baby 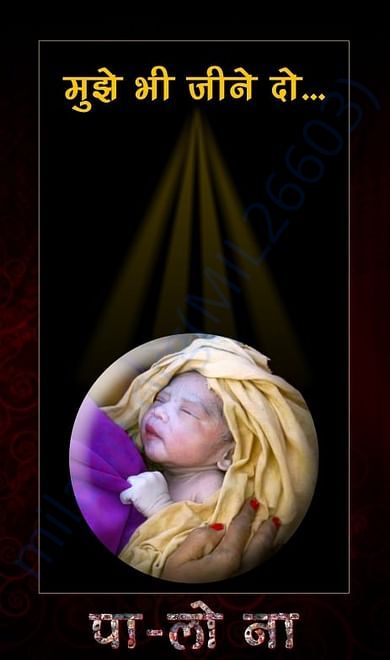 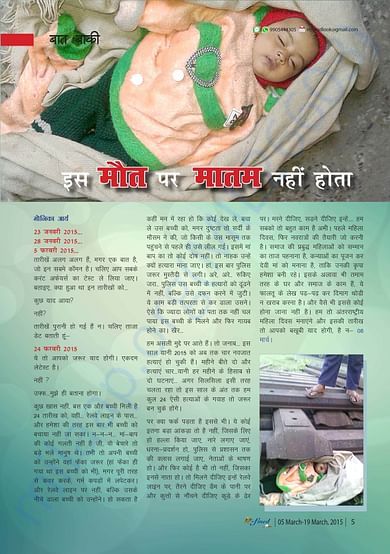 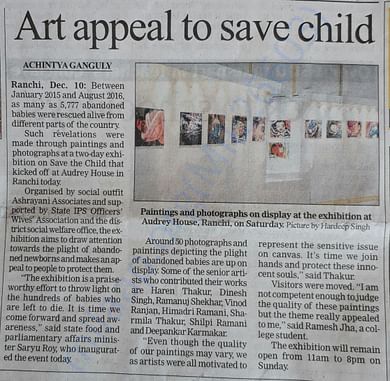 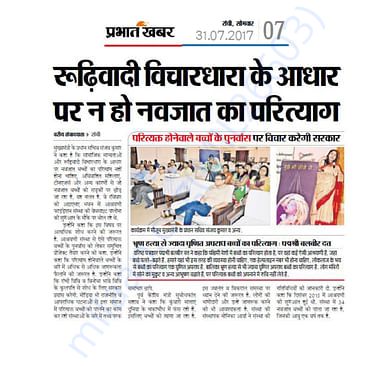 During a talk show on E-Tv Bihar-Jharkhand 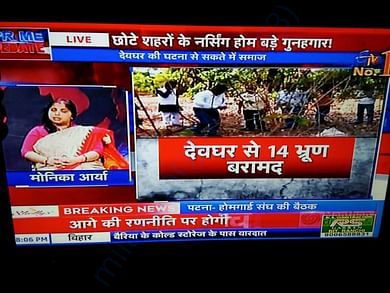 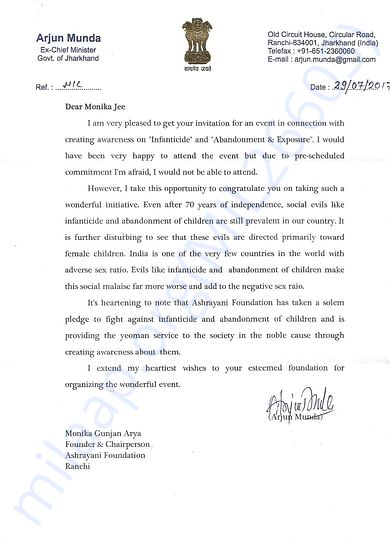 Appeal to DC for land for Crimation of Dead Abandoned Infants

we are fighting for such infants 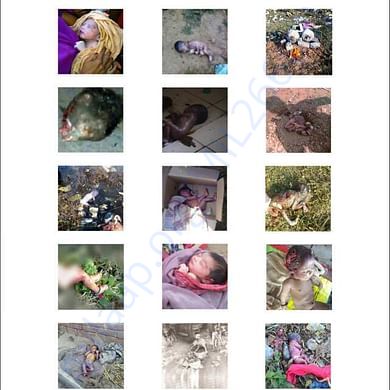 Ask for an update
Donated to this campaign via Paytm or bank transfer? Click here if you have not received an email confirmation from Milaap.
Hi
Thank you so much to all the three donors, who trusted us and supported our drive. We will make it sure that every single penny of your donation will be used wisely and to promote the humanity saving message widely. 20 % of the total amount of 5241 will go to Royal, a special abandoned child of Ranchi, who is going through difficult times because of his rare kind of disease. Rest amount will be used in promoting the message of -"Don't Abandon, Rather Surrender the Unwanted Newborns". You can contact us any time at aryamonika@gmail.com.
Thans again.
Donate
Report fundraiser
See how thousands are crowdfunding for their causes on Milaap
Content Disclaimer: The information and opinions, expressed in this fundraiser page are those of the campaign organiser or users, and not Milaap.
If such claims are found to be not true, Milaap, in its sole discretion, has the right to stop the fundraiser, and refund donations to respective donors.

You are sending a message to
monika arya
Go back 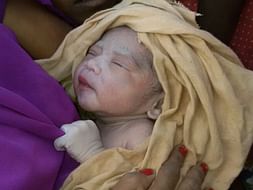 Save The Unwanted Newborns