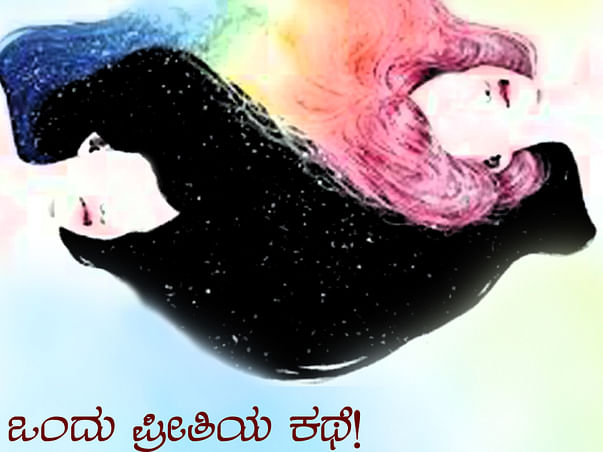 Bangalore Theatre Collective, having started 3 years ago, premiering in the Ranga Shankara Kannada Natakotsava in 2015, with the play Cherry Orchard, we are embarking on yet another journey with our new production ‘Ondu Preetiya Kathe’ based on Tendulkar’s Mitrachi Goshta – A Friend’s Story.
The play foregrounds a young girl, her journey to self-discovery and coming-out story of Preethi, and the life-changing moments in Preethi's struggle to cope with being "different. The intriguing play is set in a college and is a stark commentary on love.

The play is weaved into a complex character with intricate plotlines that break the taboo on lesbian identities.

We have been part of the plays and cultural movements that addressed the issues concerning the immediate community. and have constantly been bombarded with issues like gender sensitivity, class and caste struggles, communalism etc, but rarely we see the overall social groups address the issues of the LGBTQ+ community. We are also intrigued by the lack of material for theatre or the work that revolves around the LGBTQ+.
Even though there are a number of NGO organisation who talk for the community, the challenges and the struggles of the community are largely neglected by the so called 'mainstream' pro social justice movements.  We have had communist movements and Dalits movements talking for class and caste equality but rarely do we see any LGBTQ+ rights addressed or even discussed in these forums.
Fights thru the years have got 33% reservation for women and we stand firmly for the reservation of the lesser privileged caste and class, least do we hear the Transgender community given any sort of recognition in these reservation movements. The community do not feature in any of the election manifesto. Needless to say, no one is really interested in talking of the community.
This intrigues us, why as a society we are today hesitant to talk of a natural and biological phenomenon of homosexuality. What stops us from looking into their lives as normal as ours? How well can we treat a homosexual love story as one among ours?
It is indeed alarming, how the mainstream media has objectified the community, in a vulgarly comic way, which is why we felt it is important for us to treat this love story as a normal love story.
An understanding into their challenges and an effort to coax our audience in looking at the community not with remorse or sympathy but as one among them is this play.