MIRACULOUS BOY “OMKAR” - Who Is Fighting With Life And Death | Milaap

MIRACULOUS BOY “OMKAR” - Who Is Fighting With Life And Death 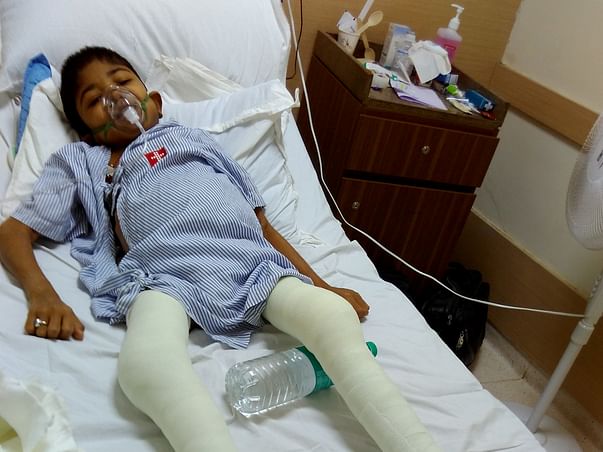 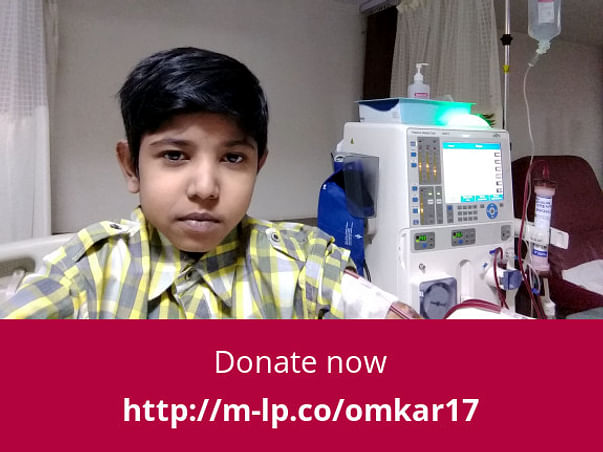 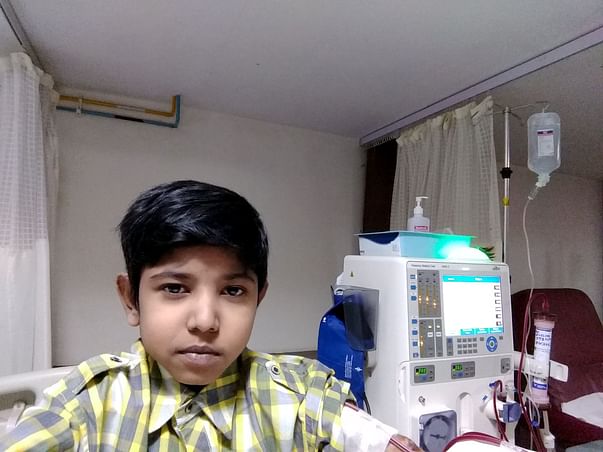 PROJECT – MIRACULOUS BOY “OMKAR”
Objective
Provide Financial Support to Mr. Satchidananda Tripathy (Mobile: 7259605522) and sponsor monthly Medical Expenses for his 18+ years old son, Mr. Omkar Tripathy (Mobile: 7022840042) undergoing Hemodialysis at Manipal Hospital, Old Airport Road, Bangalore.
Background
Mr. Omkar Tripathy is a 18+ year old boy, who is undergoing Hemodialysis since past 13+ years with End Stage Renal Disease, Chronic Kidney Disease and several other critical health problems like Cardiac Problems - Pulmonary Arterial Hypertension, Left and Right Ventricle Hypertrophy, MR Grade-II (Mitral Valve), Pulmonary Edema, Pericardium Effusion and Renal Osteoporosis, Renal Osteoarthritis, Osteodysfunction, Hyperparathyroidism - for which Omkar's bones have become very weak and unable to walk.
Details about Omkar from his father Mr. Satchidananda Tripathy and was saddened to know the details. Sharing same below.
- Post Urinary Tract Infections since Omkar was 5 years old, on 22nd August 2005, he was admitted in St. Martha's Hospital and diagnosed with Chronic Renal Failure.
- Two more opinions with M. S. Ramaiah Memorial Hospital and Manipal Hospital had confirmed the initial diagnosis.
- Since 2005, Omkar has been consulting with Manipal Hospital (Dr. Vishwanath Siddin) and is under his treatment along with support from Dr. H. Sudarshan Ballal (HOD of Nephrology and Chairman).
- Medical Reports are available and can be shared as the PDF files on request (Manipal Hospital ID: MHB-00614867). Omkar has been on Maintenance Hemodialysis sessions for the last 13+ years - 3 times a week @ 4 hrs sessions each. His father and mother used to accompany on each session. His mother recently passed away on 22nd July 2015, due to massive cardiac arrest because his father was admitted in Manipal Hospital suffering from Dengue. Omkar alone bought his mother to Manipal Hospital in Ambulance but his mother was no more.... Now his father, Mr. Satchidananda Tripathy (ex HAL, NAL, ADA, HAL scientist) is concentrating all his efforts on supporting Omkar's treatment. He manages to take care of households and accepts that he struggles to make ends meet especially with the monthly costs of Medical Expenses and Treatment (Medicines, Injections, Pathological and Alternative Medicines) of approx Rs. 3,50,000 per month!!!
PRESENTLY SUFFERING FROM RENAL OSTEOPOROSIS, PULMONARY HYPERTENSION, RENAL OSTEOARTHRITIS, BILATERAL FEMUR FRACTURE. ADMISSION DONE IN 509E, MANIPAL HOSPITAL, OLD AIRPORT ROAD, BANGALORE. OMKAR IS FIGHTING WITH MULTIPLE DISEASE AT A TIME WHICH HAVE STARTED LAST 3 YEARS DUE TO LONG TERM OF HEMODIALYSIS.
HE FELL DOWN IN HOME AND HIS BOTH THE LEGS ARE PLASTERED WITH CASTS.

Omkar goes to school at National Institute of Open Schooling – NIOS (now doing his final 12th Grade Examination). Omkar's interest of studies is Genetics and Revival of Organ Failure in natural process, in connection of studies; he is in touch with Penn State University, California University and few dignitaries and experts of the domain worldwide. He also need funds for his Higher Education and Research to set up his own Lab of Genetics to see the Children's can be secured from such critical illness or deadly disease. Apart from the Emotional and Physical Stress on the family and little Omkar, one can only imagine the financial burden on Mr. Tripathy and family over the last 13+ years. Assist Mr. Tripathy and Little Omkar by jointly sponsoring his Medical Expenses and his Higher Education.

﻿I request the Professors, Scientists, Engineers, Doctors, Technicians and Entrepreneur to come together and join hands to safeguard the future generation to see a reliable solution to contribute actively without fearing these deadly Diseases. 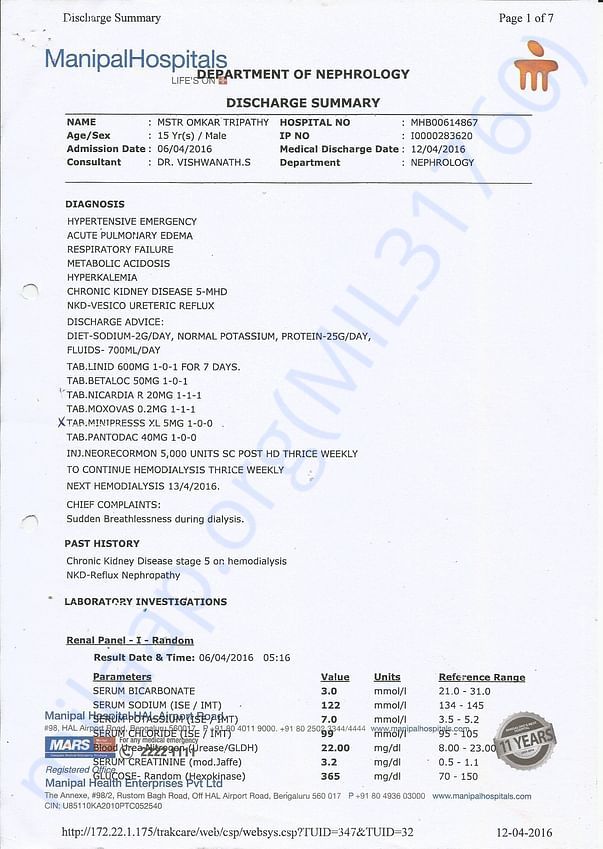 Get well soon Omkar, see you here in the U.S.!

All the best to achieve your dreams n take care

Hope you achieve all things you dreamed for!

Get well soon Omkar, see you here in the U.S.!

All the best to achieve your dreams n take care

Hope you achieve all things you dreamed for!

You are sending a message to
OMKAR TRIPATHY
Go back

MIRACULOUS BOY “OMKAR” - Who Is Fighting With Life And Death