4-Year-Old Boy's Rare Condition Causes Him Unbearable Pain, Needs Help | Milaap
This is a supporting campaign. Contributions made to this campaign will go towards the main campaign.
This campaign has stopped and can no longer accept donations.
Milaap will not charge any fee on your donation to this campaign. 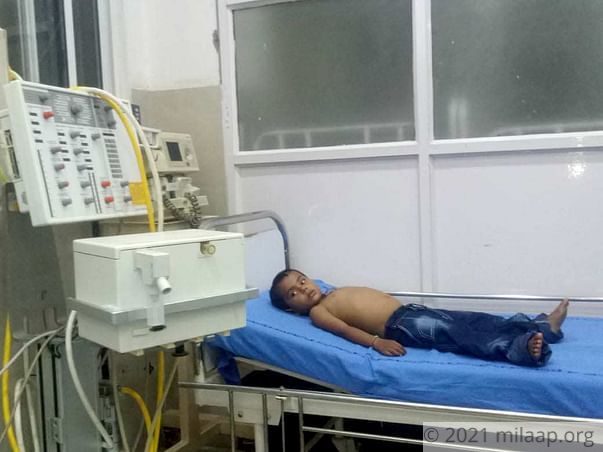 4-year-old Nikhil was full of life and energy. Everyone that met him would tell his parents "He's so active, you must be exhausted!" but the truth is that his parents Tirupathi and Nagalakshmi have always embraced his energy and were the happiest around him. He is the apple of their eye. But now this little boy's rare condition has left his parents in utter confusion and despair, and has taken away all their happiness. This little boy does not understand what causes him unbearable pain every time he urinates. He has stopped running, jumping and playing with his sisters. He in bed all the time, unable to bear his extreme discomfort.

Little Nikhil was born healthy but his parents noticed that he did not pass urine at all. After a lot of tests and treatment he started to urinate but it wasn't normal. It was then he was diagnosed with a rare disease called Hypospadias, it occurs when the opening that is usually at the tip of the penis is found on the underside. It affects between 1 in 300 male babies. He underwent a corrective surgery within few months of his birth and he seemed to be fine. But few months ago, this condition has occurred again and it is extremely painful. He needs a corrective surgery that can help him live a normal life.

"He is too small to understand his condition, he refuses to drink water, he fears the pain that he has to undergo every time he has to urinate. We do not know what to tell him. We were shocked when this condition appeared again, it is painful to see him suffering at this tender age." - Nagalakshmi, Mother.

Little Nikhil has two sisters, Pushpanjali (6) Deepti (2). He is very protective of his younger sister. He likes to eat and play with his sisters. He was waiting to go to school like his sister Pushpanjali, and was excited to have his own school bag and pencils. When it was time to go to school like any other children, this painful condition stalled him from doing all that he likes to do.


Nikhil with his parents and sisters

"He cries to us to send him to school, but we are worried about the stigma attached to this condition. We do not want him to have any bad memories of his childhood. He is an innocent kid, he'll be hurt if he is mocked for this uncommon condition." - Nagalakshmi.

Father, a fisherman, cannot afford his son's surgery despite working day and night

Nikhil's father is a fisherman and his mother managed to find a job in a prawn export company 15 days ago to support her family. They earn close to Rs 8,000 together. With this meager income they managed to run the family. Their world revolved around their three little children and were determined to work hard day and night for their bright future. They do not have any savings and now they are struggling to afford the inevitable corrective surgery that their son needs.

"I have spent 50,000 for my son's first surgery. Now we need Rs 80,000 but there is no means for me to arrange such a huge sum. I do not have anything to sell. No one will give me a loan because they know that as a fisherman, I cannot even pay the interest, let alone the debt itself. I can't bear to see my son suffering so much but I'm unable to do anything to ease his pain." - Tirupathi, Father.

4-year-old Nikhil suffers from a rare condition that causes excruciating pain every time he has to urinate. He needs a corrective surgery urgently to close the hole in the lower part of his penis. This little boy is in constant pain and his parents are worried that it might get too late before they can get help. His poor parents cannot afford the surgery. They are desperately looking help. 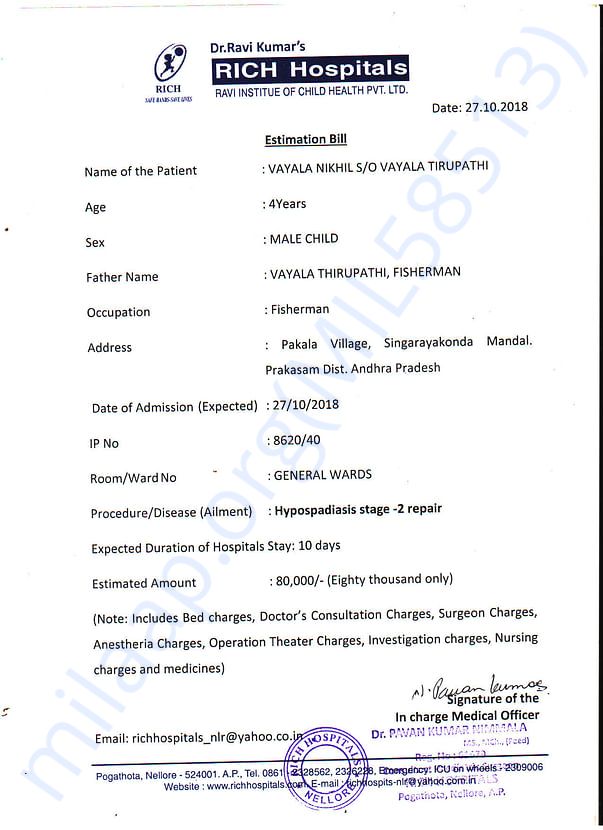 Nikhil is doing well. The child will be taken up for the surgery soon. The operative and postoperative details will be submitted post surgery. Currently he is stable and is recovering.

Scan & donate with any app
check_circle_outline Download payment receipt
Report fundraiser
Know someone in need of funds for a medical emergency? Refer to us
Rs.85,415 raised

3 Supporters expand_more
This campaign has stopped and can no longer accept donations.
$150 Million +
Raised on Milaap
Are you in need of financial support for medical or personal emergencies, or a social cause?
Start a fundraiser
Or
Know someone in need of funds for a medical emergency? Refer to us
Campaign organizer contact_mail
MS
Milaap Sarojamma Funds
Beneficiary: V Nikhil info_outline 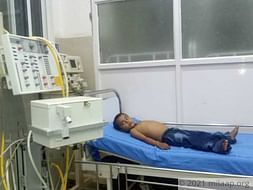