Meghna's Daan Utsav fundraiser for Arts &amp; Media | Milaap
This is a supporting campaign. Contributions made to this campaign will go towards the main campaign.
This campaign has stopped and can no longer accept donations. 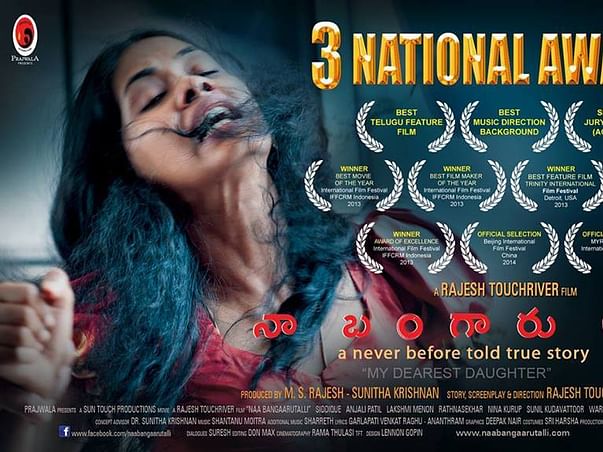 Please support my campaign to raise money for the distribution of a true story based film, Naa Bangaaru Talli.
"Mortaged my house, staked everything I owned so that a never before told true story of sex trafficking is made into a feature film “Naa bangaaru Talli”(www.naabangaarutalli.com). I had to tell this to the world before I go to my grave!!! " -Dr.Sunita Krishnan
It has won seven international awards and three national awards, and everybody who has seen the film says ”I thought this will be a award film, but this is super family thriller”
And yet I struggle to find a distributer. I need Rs. 15 lakhs to have a modest release across Andhra Pradesh & Telangana. And I seek your support to make it happen as I hope to release “Naa bangaaru Talli” by end October 2014. I have to raise this by 4th October 2014 so that I can order for the publicity material/TV ads/newspaper Ads/hoardings/posters etc and also get the theaters. Contribute whatever you can to ensure this story is heard by all. All contributions should reach the following on or before 4th October." - Sunita Krishnan.
Sunitha Krishnan, co-founder of Prajwala and TED speaker, is galvanizing India’s battle against sexual slavery by uniting government, corporations and NGOs to end human trafficking.
About the movie:
Provocative, shocking and surprisingly tender amidst an explosion of unbridled emotions, “Naa Bangaaru Talli” (My Dearest Daughter) in Telugu explores the consequences of sex trafficking, testing the vulnerability of trust in human relations. Srinivas is a wonderful and devoted father to Durga, and he provides her the best. Working in the city and maintaining his family in a small town works well for him for years. One day everything is shattered when Durga comes unannounced to the city to appear for an interview concerning her college admission. Durga’s life is brutally torn apart as Srinivas wrestles with grief, remorse, self pity and guilt.
The film has garnered both national and international recognition winning several awards this year.
Ask for an update
Donated to this campaign via Paytm or bank transfer? Click here if you have not received an email confirmation from Milaap.
Dear Supporters,

It is because of your contributions that we were able to distribute our movie Naa Bangaaru Talli. The film was released in 40 theaters in Andhra Pradesh, Telangana, Tamil Nadu, Karnataka, and USA. It ran in many theaters for over 6 weeks.  It won 3 national awards and 5 international awards and has been telecasted on MAA TV over 12 times in one year on popular public demand. It is also an indication of the extraordinary love and support we have received from our friends and well-wishers from all over the world.

Director Rajesh Touchriver and I are venturing into a new movie project called Rakhtam.
So far we have raised 15 lakhs as offline contributions for the movie and in need of your support to make our project happen. To donate, please visit - https://milaap.org/campaigns/rakhtam.

You are sending a message to
Meghna Reddy
Go back 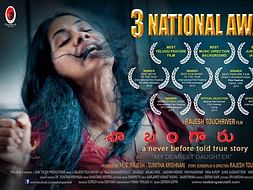