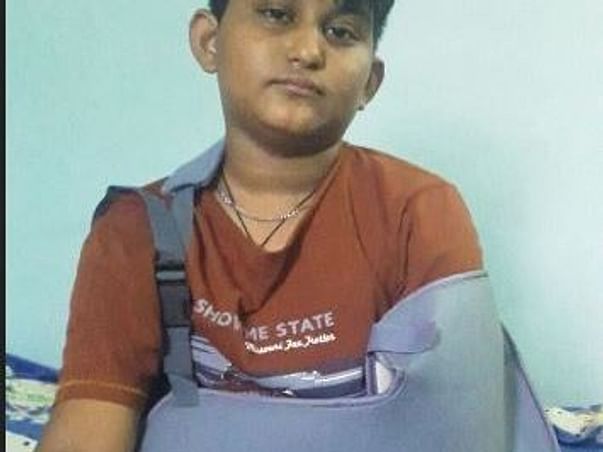 11-Years old boy struggling with Multiple Shoulder Dislocation.
My one and only son, Nanda Sai is suffering with Multiple Dislocation Shoulder from last 3 months and now it is becoming severe day by day. Visited multiple hospitals and finally got to know it requires immediate surgery, otherwise it will get infected and stop functioning.

The problem is frequently his left hand is coming out of shoulder disk and keeping out, initially with help of mother or physician it set back to normal position even though it was paining. Now it become worst, they cannot arrange it back to normal position. Also now hand and fingers are bending in opposite direction along with swelling.
Initially doctors suggested that boy age is small to go for surgery, but now it is becoming difficult for him to bear the pain. Whenever he is getting pain he become unconscious for few minutes.
We are not educated, we didn't understand the complications but we believed that our son will be healthy. Already his mother spent 3 lakhs and now to go for surgery it requires 8 lakhs or even more, which is beyond their means. Doctor suggested boy requires surgery after 12 years when he gets teenage.