" 2-weeks-old Baby Is Fighting To Stay Alive After A Heart Surgery" | Milaap
This is a supporting campaign. Contributions made to this campaign will go towards the main campaign.
This campaign has stopped and can no longer accept donations. 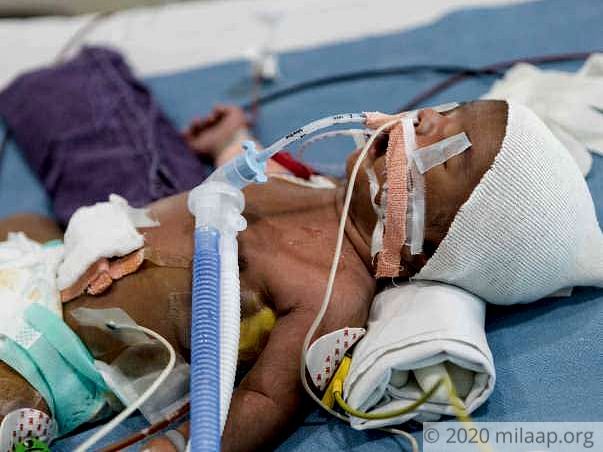 Narsingh and his wife Sravani were very excited to welcome their first-born into their life. They have been married for almost a year and their joy knew no bounds when they got to know that Sravani was pregnant. But their joy was short lived and as soon as the baby was born, their world changed for the worse. The baby had a heart defect and needed an urgent surgery. He is still critical, but Narsingh and Sravani can't afford treatment any more.

Throughout her pregnancy, whenever she went for her check-ups, they told her everything was normal. The diagnosis shocked the new parents. It especially hit Sravani hard and she went into a shock because of the stress. She became unable to even feed the baby.

The baby needed an urgent surgery to stay alive

Sravani’s baby did not have a chance of survival without getting a surgery. They got him an urgent surgery. The surgery was successful, but the baby is still in a very critical condition. For 4 days after the surgery, he could not breathe on his own and had to be kept off the ventilator. On top of this, his mother’s condition didn’t allow for breastfeeding. An intravenous drip was set up to give him nutrition.

His only child's son’s treatment may be way beyond his means, but he doesn’t deserve to lose him. To save his baby from dying an untimely death, Narsingh needs your help. Only your contribution can save his baby and give him a fair shot at life.
Estimation Letter 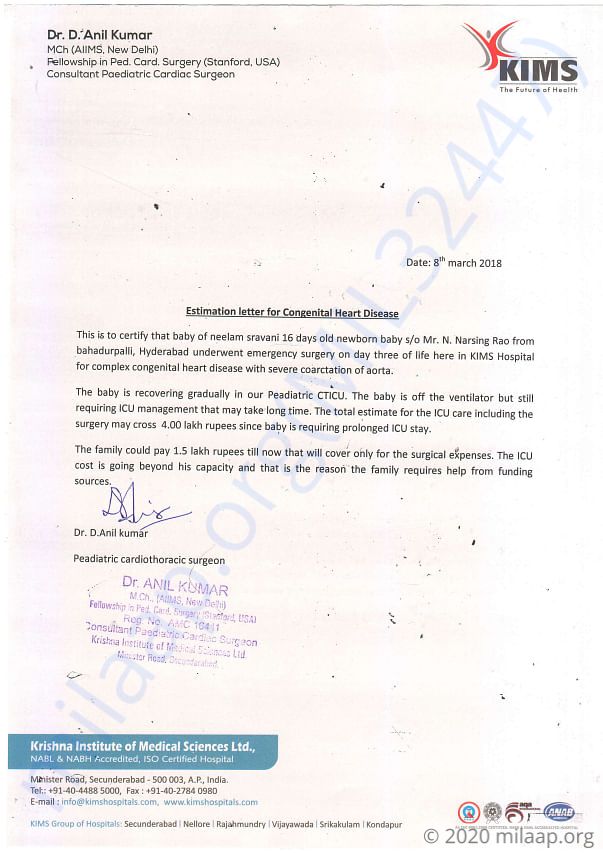 Our baby is doing good. There have been no problems after the operation. Here is a picture:

Our baby is now doing very well and has been discharged. He caught fever and cold and was treated for the same and recovered well.

We are all hopeful about his recovery. Thank you once again!

Report fundraiser
See how thousands are crowdfunding for their causes on Milaap
Content Disclaimer: The facts and opinions, expressed in this fundraiser page are those of the campaign organiser or users, and not Milaap.
Rs.1,000 raised

Donated to this campaign via Paytm? Click here if you can’t find your donation listed below.
VC
Vivek donated Rs.1,000

Donated to this campaign via Paytm? Click here if you can’t find your donation listed below.
VC
Vivek donated Rs.1,000

VC
You are sending a message to
Vivek Chachan
Go back 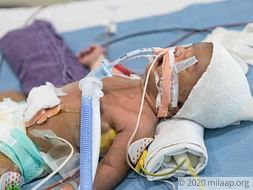