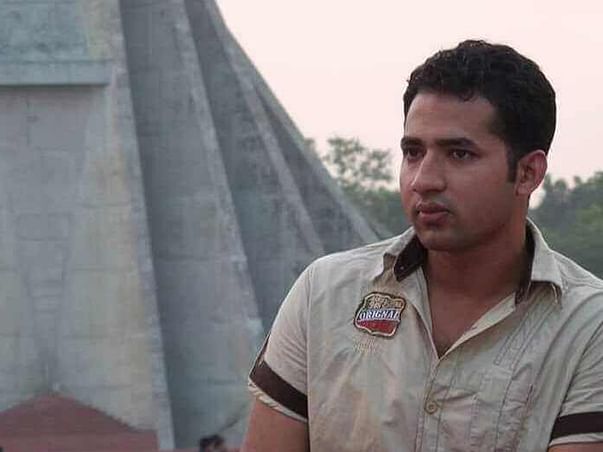 Share
After passing the 12th grade, I took a few courses in Computers and Automobiles and in late 2012, with some help from my distant relatives, I was able to get a job in Abu Dhabi. I decided to take up the opportunity and in 2013 I was off to begin a new adventure in my life. I worked hard as an office boy and after 4 years, in 2017, I decided to take a 4-month break and come back to Chittagong and get married and begin another adventure.

I had a habit of eating street food a lot. There were even occasions when I’d have something extraordinarily spicy. One day, after marriage in around April (2017), my stomach started hurting a lot. I went to a doctor, took the prescribed medicines, and after 2 weeks the pain still wouldn’t go.

I went to a different doctor, got different medicines, still no effect. In fact, these new medicines caused parts of my body to swell up as a side-effect. Then, things got serious. I was admitted to a hospital for 22 days and I got to know that I have lymphoma. This was really shocking because I was completely normal. Never in my life have I been so serious, health-wise. I had no idea how this happened so fast.

Someone from my village had traveled all the way to Bangalore for a treatment and they advised me to come straight here. So, I set out and to recover my health I came to Bangalore in July (2017).  They diagnosed my condition pretty fast and in no time, I was undergoing chemotherapy. Till now, I’ve undergone 8 cycles of chemo. In fact, I just underwent a cycle today, I have been vomiting whatever I eat and my body is very weak.

I had to undergo chemotherapy every 21 days. This has surely, been challenging. I’m far away from home too. After the first 6 cycles, I was told that I need more cycles. But now, a “self” (autologous) bone marrow transplant seems to be the only option. It costs around Rs. 10 lakhs. To provide for all my treatments up till now, my parents even sold the land we had, where we were going to build our new home. We’re a family of 5 brothers and I’m the oldest. The other 4 are still students and we don't really have any savings

My father is a school teacher earning around Rs. 11,000 per month and my mother is a housewife. We’ve taken loans from everywhere and from everyone we possibly could. There’s nowhere left to ask and my parents are running about from one place to another, trying to arrange money. I really hope that this surgery happens and I get better again so I can go home, and start my new adventure as a married man.

Donate
0%
Be the first one to donate
Need Rs.10,000,000
Card, Netbanking, Cheque pickups
Or Donate using